Stop Worrying about the Election 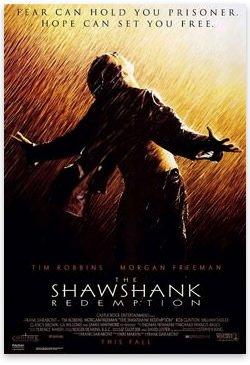 As the presidential election nears, I hear more people voicing their fear over the prospect of the other candidate winning. People from both major parties express genuine trepidation at the thought of a world without their candidate as commander in chief. Both sides believe we will lose our freedom if the wrong party wins.

Perhaps surprisingly, I think there's a lesson to be learned in all this from Hollywood.

The 1994 movie Shawshank Redemption is the fictional story of Andy Dufresne, a prisoner at the infamous Shawshank Penitentiary. One of Dufresne's fellow inmates, Brooks Hatlen, has spent nearly his entire life in Shawshank, and has settled in to the routine and become the prison's bookkeeper. After a lifetime in prison, Hatlen is finally freed as an old man. Once on the outside, Hatlen finds life beyond bars too complicated and confusing, too new, too risky. He cannot cope with this newfound freedom after a life of bondage and, tragically, he commits suicide.

Brooks Hatlen forgot how to be free. He became accustomed to bondage and let the yearning for freedom die within him over his long stay in the penitentiary.

Andy Dufresne, on the other hand, never let his freedom die. While locked in Shawshank, despite oppressive and often gruesome circumstances, Dufresne's spirit was unshakable. He constantly cultivated the seeds of freedom in the least free setting imaginable. When Dufresne escaped, unlike Hatlen, he embraced life in the free air and pursued his dreams.

The difference between these two men had nothing to do with their physical circumstances; both were in prison. Yet Andy Dufresne, even while imprisoned, was still free. No bars or guards or hardships could take away his freedom. Hatlen had lost his freedom, and even in the absence of physical oppression, he was still a prisoner. An individual who wants to be free can be, no matter what the world brings. An individual who has let the spirit of freedom die will never be free, no matter what the world brings.

The idea that freedom is simply a state of mind may sound trifling, especially when considering some of the unimaginable horrors faced by unfree peoples across the globe. But even political freedom cannot be had without a people who keep the spirit of freedom alive within themselves; and if they do, political freedom is often not far behind.

Lawrence Reed, president of the Foundation for Economic Education, tells an inspiring story of an underground band of freedom fighters in formerly communist Poland. Their spirit of freedom was kept alive despite a tyrannical Communist regime. Indeed, they not only held onto their belief in freedom, but they spread it, often at great risk to their lives. When the Communist authorities finally announced that they were relinquishing their power the reason they gave was that the Polish people had become "ungovernable." No regulations, no prisons, no secret police, no propaganda, no physical or political suppression could take away the people's freedom. They were free, whether the government liked it or not.

Keep this in mind as America's government changes with each election. Remember this when you see government expanding its reach into your life. Rather than looking to political leaders to protect or expand our freedom we should cultivate the seeds of freedom in our own spirits, and inspire others to do the same. Nothing government can do can take away our freedom; and if we are a people who are truly free, the government will have to follow.