State Science is Bad for Your Health 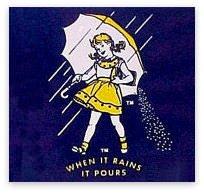 Medical studies that contradict conventional wisdom in a number of socially and politically charged areas have been making recent headlines. The messages conveyed by these studies, however, have significance beyond face value: They remind us that medical research, technology in general, indeed any human endeavor, can be a wonderful avenue for human progress provided it exists within the framework of freedom as versus state control.

Salt — It has been found, after years of medical-establishment harping to the contrary, that a gustatorially satisfying amount of salt in your diet is not necessarily bad for you or directly related to high blood pressure; in fact, a diet low in sodium may increase chances of a heart attack or stroke. This is being reported as big news, yet long-term studies completed as far back as 1985 show that there has never been found a predictable relationship between normal levels of dietary sodium and health outcomes.

Further, if you change your diet to reduce cholesterol intake, your body will manufacture more of its own to compensate; if you increase dietary cholesterol intake, your body will make less. So dietary changes often don't have much effect, and doctors prescribe (establishment) medication. Like salt, cholesterol is something we can't do without — both salt and cholesterol are necessary for the nervous system to function. People are changing their diets and taking medication, perhaps harming themselves, on the basis of bad medical advice which is based in bad science.

Fat — Three studies recently published in the Journal of the American Medical Association — including one 8-year longitudinal study costing $145 million — found that reducing dietary fat intake had no significant effect on heart health. More interestingly, subjects who had heart disease at the beginning of one study showed a slightly increased risk of heart disease on the low-fat diet, analogously to the salt study mentioned above. Again, following establishment diet advice may do the opposite of what the establishment says — it is not good if you have heart trouble and your prescription makes it worse.

Sugar — Another policy-and-behavior-influencing myth I grew up believing is that refined sugar intake increases the risk of adult-onset, or Type 2, diabetes, and is the single largest contributor to obesity. But empirical research fails to bear this out. Perhaps people haven't been as injured by this myth as by others, but many of us have endured foul-tasting diet drinks, needlessly forgoing some innocently pleasurable consumption.

Tobacco — It remains beyond doubt that overconsumption of smoking or smokeless tobacco can lead to cancer and other diseases, just as overconsumption of anything can lead to health problems. Even drinking too much water can be fatal! But the public doesn't know that tobacco use appears to be associated with many positive long-term health outcomes, including lower incidences of Alzheimer's and certain cancers. At this time, such conclusions don't have the weight of the results of rigorous research precisely because studying smoking for positive health outcomes won't be funded. The hypothesis itself is simply too politically incorrect.

AIDS and HIV — The conventional wisdom is that the human immunodeficiency virus, HIV, is the direct and only cause of AIDS. Recently, however, a few brave researchers are calling the proposed relationship between the virus and the disease into question. Among the findings are that there are many people who have the virus who don't have the disease, and vice versa; that in recent years many people diagnosed with the virus die from the side effects of the medications commonly prescribed; indeed that scientists never have determined how HIV might cause AIDS.

Worse, AIDS itself hasn't been clearly defined by anyone, and the Centers for Disease Control have changed their own definition periodically. Diagnostic tests, then, and necessarily, are notoriously inconclusive and differently interpreted from one lab to another (even more so from one country to another). Lives are being ruined needlessly on the basis of tests that don't even directly detect a virus that itself might do nothing.

Aside from challenging conventional wisdom, these studies I've noted have in common that they cover health-related topics so important that following the wrong advice could have strong deleterious effects on one's health. Remember that dietary advice, when incorrect, hurts mainly those who are most conscientious — those most likely to obey doctors' (incorrect) orders.

The popular media are headlining these recent findings because, in 2006, reporters and editors find the results surprising. This shouldn't be the situation: In some cases, scientists have been finding the same things for many years; in other cases (such as with regard to AIDS and HIV), the received wisdom is based on only a few weak studies, widely distributed and hailed as The Truth immediately upon their original release, never to be questioned thereafter.

Reliance on objectively measured, reproducible, empirical evidence; the application of sound reasoning to that evidence; and open, worldwide peer and public review of studies all contribute to the health of a field that already enjoys the advantage that every new scientist enters his career having studied the best that generations before him have already discovered.

Why, then, do scientists appear so often to be so wrong about such important and sometimes ostensibly simple relationships between behavior and health? For one thing, scientists haven't been very wrong very often: Selective reporting by the mainstream media has created ignorance among the populace about what the scientific findings actually have been.

The more important problem is that the government holds most of the purse strings making scientific discovery possible. The AIDS arena demonstrates how damaging government interference is: Once a given hypothesis has been accepted as Received Wisdom by the government, researchers with alternative hypotheses not only find it difficult to get funding for their research, they can find themselves unable even to find a job and teach classes; they can be blackballed by the other professors in their field who don't challenge the received wisdom.

Sometimes, these other professors work in different specialties, and aren't even fully qualified to comment on whether a blackballed professor's ideas have merit.

The problem with science serving the public interest is not that there's anything wrong with the method used in the natural sciences. Nor, indeed, is there a problem in the fact that many scientists (such as the ones who blackball original thinkers) have strong biases of their own, causing them to use their own power to limit the range of hypotheses that receive funding. After all, there are very many scientists and very many universities. A free marketplace of ideas eventually, and inevitably, weeds out those who prefer pet hypotheses to free inquiry.

No, the real problem is centralized government funding of research, which always results in selective funding by people often ill-equipped to decide which studies should be funded and which shouldn't. In a free market, where the government doesn't crowd out private investments in research, private funding makes it possible to explore nearly any hypothesis, from the ingenious to the crackpot (for which the ingenious ones are often mistaken in our politically-charged marketplace today). We already see private initiatives at work here and here; imagine what the possibilities would be without government involvement in the market.

Science, like anything else, is just a tool; like anything else, it can be wielded for the good or for the bad. It requires a market in ideas to keep the process discovery moving in the right direction toward truth. As Murray Rothbard wrote more than half a century ago, science "is solely the job of the free market economy. Any government meddling with this job can only distort and disrupt the economy, injure the efficient workings and development of science and technology, and substitute unwanted coercion for individual freedom." Getting government out of the funding business is the only way to discover what amazing contributions medical science in particular, and scientific inquiry in general, can make to our quality of life.