The State Causes the Poverty It Later Claims to Solve 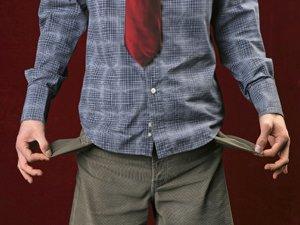 If one looks at the current paper money system and its negative social and social-political effects, the question must arise: where are the protests by the supporters and protectors of social justice? Why don’t we hear calls to protest from politicians and social commentators, from the heads of social welfare agencies and leading religious leaders, who all promote the general welfare as their mission?

Presumably, the answer is that many have only a weak understanding of the role of money in an economy with a division of labor, and for that reason, the consequences of today’s paper money system are being widely overlooked.

The current system of fractional reserve banking and central banking stands in stark opposition to a market economy monetary regime in which the market participants could decide themselves, without state pressure or coercion, what money they want to use, and in which it would not be possible for anyone to expand the money supply because they simply choose to do so.

The expansion of the money supply, made possible through central banks and fractional reserve banking, is in reality what allows inflation, and thus, declining income in real terms. In The Theory of Money and Credit Ludwig von Mises wrote:

The most important of the causes of a diminution in the value of money of which we have to take account is an increase in the stock of money while the demand for it remains the same, or falls off, or, if it increases, at least increases less than the stock. ... A lower subjective valuation of money is then passed on from person to person because those who come into possession of an additional quantity of money are inclined to consent to pay higher prices than before.1

When there are price increases caused by an expansion of the money supply, the prices of various goods and services do not rise to the same degree, and do not rise at the same time. Mises explains the effects:

While the process is under way, some people enjoy the benefit of higher prices for the goods or services they sell, while the prices of the things they buy have not yet risen or have not risen to the same extent. On the other hand, there are people who are in the unhappy situation of selling commodities and services whose prices have not yet risen or not in the same degree as the prices of the goods they must buy for their daily consumption.2

Indeed, in the case of the price of a worker’s labor (i.e., his or her wages) increasing at a slower rate than the price of bread or rent, we see how this shift in the relationship between income and assets can impoverish many workers and consumers.

An inflationary money supply can cause impoverishment and income inequality in a variety of ways:

The uneven distribution of price inflation is known as the Cantillon effect. Those who receive the newly created money first (primarily the state and the banks, but also some large companies) are the beneficiaries of easy money. They can make purchases with the new money at goods prices that are still unchanged. Those who obtain the newly created money only later, or do not receive any of it, are harmed (wage-earners and salaried employees, retirees). They can only buy goods at prices which have, in the meantime, risen3

Investors with greater assets can better spread their investments and assets and are thus in a position to invest in tangible assets such as stocks, real estate, and precious metals. When the prices of those assets rise due to an expansion of the money supply, the holders of those assets may benefit as their assets gain in value. Those holding assets become more wealthy while people with fewer assets or no assets either profit little or cannot profit at all from the price increases.

3. The Credit Market Amplifies the Effects

The effects of asset price inflation can be amplified by the credit market. Those who have a higher income can carry higher credit in contrast to those with lower income, by acquiring real estate, for example, or other assets. If real estate prices rise due to an expansion of the money supply, they may profit from those price increases and the gap between rich and poor grows even faster.4

The direct cause of unemployment is the inflexibility of the labor market, caused by state interference and labor union pressures. An indirect cause of unemployment is the expansion of the paper money supply, which can lead to illusory economic booms that in turn lead to malinvestment. Especially in inflexible labor markets, when these malinvestments become evident in a down economy, it ultimately leads to higher and more lasting unemployment that is often most severely felt among the lowest-income households.5

The State Continues to Expand

Once the gap in income distribution and asset distribution has been opened, the supporters and protectors of social justice will more and more speak out, not knowing (or not saying) that it is the state itself with its monopolistic monetary system that is responsible for the conditions described.

It’s a perfidious “business model” in which the state creates social inequality through its monopolistic monetary system, splits society into poor and rich, and makes people dependent on welfare. It then intervenes in a regulatory and distributive manner, in order to justify its existence. The economist Roland Baader observed:

The political caste must prove its right to exist, by doing something. However, because everything it does, it does much worse, it has to constantly carry out reforms, i.e., it has to do something, because it did something already. It would not have to do something, had it not already done something. If only one knew what one could do to stop it from doing things.6

The state even exploits the uncertainty in the population about the true reasons for the growing gap in income and asset distribution. For example, The Fourth Poverty and Wealth Report of the German Federal Government states that since 2002, there has been a clear majority among the German people in favor of carrying out measures to reduce differences in income.

The reigning paper money system is at the center of the growing income inequality and expanding poverty rates we find in many countries today. Nevertheless, states continue to grow in power in the name of taming the market system that has supposedly caused the impoverishment actually caused by the state and its allies.

If those who claim to speak for social justice do nothing to protest this, their silence can only have two possible reasons. They either don’t understand how our monetary system functions, in which case, they should do their research and learn about it; or they do understand it and are cynically ignoring a major source of poverty because they may in fact be benefiting from the paper money system themselves.

Andreas Marquart is executive director of the Ludwig von Mises Institute Germany. He has been an independent financial consultant for more than 15 years and is a proponent of the Austrian School of economics.