Stalinism Through a Child’s Eyes 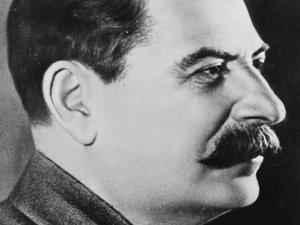 In a 2012 interview with The Horn Book, Inc., Russian author Eugene Yelchin seemed to take quiet pride in his Newbery Award-winning book Breaking Stalin’s Nose and its special designation as “the first children’s book about Stalin.”

This pride was well-deserved. Like Watership Down and Maus before it, Breaking Stalin’s Nose tells a story that is not always pleasant, but which advanced young readers will enjoy and ask important questions about nevertheless. It is an incredible teaching tool for a world that has largely footnoted, rewritten, or forgotten about the murderous reign of Joseph Stalin.

The protagonist of Yelchin’s tale is ten-year-old Sasha Zaichik, an idealistic boy living in the Soviet Union during the Stalin-era. Raised by his father, a state security officer whom he adores, young Sasha is a true Communist believer whose “greatest dream,” according to the fan letter he writes to Stalin in the book’s opening pages, is “to join the Young Soviet Pioneers — the most important step in becoming a real Communist like my dad.” Throughout his first person narrative, he and the supporting characters around him continually sing the praises of their State-controlled society.

The Soviet Union is “the most democratic and progressive country in the world.” Sasha lives in a communal apartment with forty-seven other people who are “all equal.” Together, they share a single kitchen and toilet “as one large, happy family.” There is not enough food for everyone, but this is okay because “Communism is just over the horizon; soon there will be plenty of food for everyone.” Sasha is a student in the Soviet school system, “the most democratic in the world.” When he is confronted by a classroom bully, he does not retaliate because “The Pioneers rules are clear on this: no fights.” And presiding nobly over this most virtuous of social orders is the godlike Comrade Stalin, “our great Leader and Teacher.”

Even without the benefit of hindsight, Yelchin’s readers can see that these platitudes are transparently false. Sasha and his neighbors may be theoretically equal, but his father is an employee of the State and thus enjoys a much larger apartment than many of his comrades who are crammed into closets and stairwells with their wives and children. At least one member of Sasha’s “large, happy family” apparently resents this and plots to take over the apartment after (falsely) reporting Sasha’s father for being a spy. When a plaster bust of Stalin is accidentally damaged in Sasha’s school auditorium (the broken nose that gives the book its title), the non-violent students of the world’s most democratic school system are asked to compile enemies lists naming the schoolmates they believe to be responsible. Far from being the most progressive country in the world, the Soviet Union of Breaking Stalin’s Nose is a secret police state where poisonous rumors are circulated, confessions are coerced, food shortages turn into famines, and children’s pictures are blotted out of classroom photographs.

Will the Real Joseph Stalin Please Stand Up?

The role Stalin himself plays in this tragic system is still a topic of debate more than sixty years after his death. Because his armies were instrumental in defeating Nazi Germany, it has become fashionable in some pockets of the radical Left to view Stalin as a great twentieth-century champion of anti-fascism and anti-imperialism. In both North America and the UK, members of the Stalin Society work to “defend Stalin and his work on the basis of fact and to refute capitalist, revisionist, opportunist, and Trotskyist propaganda directed against him.”

Those who actually knew Stalin were not quite as positive with their reviews. In 1956, just three years after he passed away, Stalin was denounced by Soviet Secretary Nikita Khruschchev in front of the Twentieth Congress of the Communist Party. Stalin’s “grave abuse of power,” Khruschchev said, “caused untold harm to our party.” Elaborating on this point, he went on to say that Stalin had betrayed the fundamental spirit of Marxism-Leninism with his grotesque cult of personality and “brutal violence, not only toward everything which opposed him, but also toward that which seemed to his capricious and despotic character, contrary to his concepts.”

Sadly, many young people now attending American universities do not truly know enough about Stalin to consider him a hero or villain. To them, his is simply a name that gets thoughtlessly tacked to Hitler’s whenever a list of dictators is compiled.

This view of Stalin is not possible for Sasha Zaichik, of course. To him, Stalin is an omnipresent second father figure. Even after his biological father is arrested by Stalin’s goons in the middle of the night, Sasha’s first instinct is to run to Red Square, where he wholeheartedly believes he can meet with Stalin and set everything right. Instead, he is quickly chased away by armed guards — a heartbreaking metaphor for the State’s indifference to individual citizens and unwillingness to address the problems it has created.

By illustrating these and many other lessons, Breaking Stalin’s Nose — which could easily be adapted as a film, stage play, or graphic novel — has the power to introduce a new generation of readers to the cruel realities behind the fantasies of State power. In a children’s book and film market overflowing with fictional dystopias, Eugene Yelchin has given us a remarkable look inside the real thing. Well done, comrade.

J. Wiltz writes from Anyang, South Korea, where he teaches English and blogs at A Day with J.

J. Wiltz writes from Anyang, South Korea, where he teaches English and blogs...

Stalinism Through a Child’s Eyes

In his children's book on life under the Stalin cult, Breaking Stalin's Nose , author Eugene Yelchin...

North Korea is one of the most heavily sanctioned regimes on earth, but in the midst of a new and young generation...