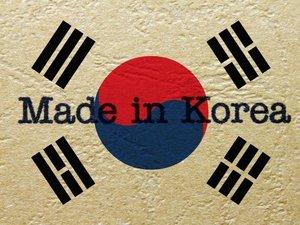 The Birth of Korean Cool, by Euny Hong, Picador Press, 2014

Those of us who have reached a certain age remember the late 80s and early 90s when we were told that the Japanese were taking over the world. We bought their cars. We played their video games. We used their technology for pretty much everything. The Japanese were destined for world domination, we were told. They were better team players. They put more emphasis on the group than on the individual. They worked harder. In 1992, a high-ranking Japanese politician, Yoshio Sakurauchi, declared that Americans are “too lazy” to compete with Japanese workers, and that a third of American workers “cannot even read.” Michael Crichton’s 1992 novel Rising Sun (and the 1993 movie adaptation) fueled these controversies further in the minds of many Americans.

Nobody thinks the Japanese are taking over the world anymore. It turned out that the supposedly ironclad Japanese economy was less reliant on team players and hard work than it was on central planning, easy money, corporate welfare, and trade barriers. Thus, the bust that followed the boom should have surprised no one.

Today, South Korea (which I’ll simply call “Korea” in this article) appears to have, in many respects, taken up where Japan left off. Japan’s Sony has gone into deep decline, but Korean brands Samsung and LG are now internationally respected brands. Hyundai, while still regarded as a low-quality by many, has nonetheless expanded massively in the past decade, with Hyundai building a billion-dollar factory in Alabama in 2005, and a second in Georgia in 2009.

Korea’s Rise On the Global Stage

But Korea’s attempt at global domination is different from Japan’s. While Japanese pop music, film, and TV never attained much popularity outside Japan, Korean pop culture has become a global phenomenon. We drive their cars and use their mobile phones, but Koreans also want us to listen to their music and watch their movies.

Few in the US noticed the rise of Korean pop culture until 2012 when the music video for Korean rapper PSY’s single “Gangnam Style” became one of the most-viewed YouTube videos of all time. Suddenly, almost everyone had heard of “K-pop.”

Moreover, anyone who browses new releases on Netflix is likely to have noticed a sizable increase in the number of Korean-language films available, including internationally successful films such as 2003’s action-thriller Old Boy and 2006’s monster movie The Host.

The rise of Korean music, film and TV — and also video games — is not an accident of free markets, however. It’s the result of Korean government policy that coordinates, subsidizes, and protects Korean pop-culture industries, among many others.

In her new book The Birth of Korean Cool, Euny Hong explores the origins and successes of this program, heavily supported and coordinated by Korean government agencies, and known as Hallyu, or “the Korean Wave.” It’s not just about economic power, but about international relations, and the Korean state uses Hallyu as part of a larger program designed to project Korean soft power.

They Do Things Differently In Korea

Hong, a journalist, approaches the topic through her own experiences as an American-born ethnic Korean who lived in Korea during her teen years. She recounts the rampant nationalism in Korean schools and society, the necessity of conformity, the general deference of Koreans toward the state and the nation, while “individualistic” behavior is regarded as a type of social pathology.

Hong relates many anecdotes illustrating these points with a sympathy for Korea and Koreans, although laissez-faire minded Westerners will likely view such experiences with bemusement and perhaps even dismay. That all-American personality type, the “bad boy,” so prominent in American pop culture, is non-existent in Korea, Hong tells us.

This comes through in the country’s popular culture. The closest thing the Korean pop-music scene has to a “bad boy” is the rapper PSY, who is regarded as rebellious because he didn’t get straight-A’s in school and occasionally disappointed his parents.

Not surprisingly, then, Hong tells us, popular culture in Korea is regimented, corporate, planned, and governed by an ethic of commitment to the group and the subversion of the individual artist.

Through a government agency called “The Ministry of Future Creation,” the Korean government works with ostensibly private sector pop-culture enterprises to maximize the influence of Korean pop culture both domestically and abroad.

Historically, the Korean government has employed protectionism to encourage Korean pop culture. For example, Hong notes that in decades past, the Korean government required Korean movie theaters to show Korean-made movies a minimum of 146 days per year, and that “[f]ilm companies had to produce one Korean film for every non-Korean movie they imported. It’s safe to say the Korean film industry benefited from this kind of protectionism. …The government also built and operated art house theaters.”

This all fits well within Korea’s established political practices.

Just as the Japanese economy has long been influenced and even dominated by major government-connected corporate entities known as keiretsu and zaibatsu, Korea has somewhat analogous corporations known as chaebols. The Korean version of “too-big-to-fail,” but far more significant to the overall Korean economy, these entities have been key in executing Korean government policy through “government-chaebol cooperation.”

Hong notes that the rise of government-promoted pop culture in Korea cannot be fully understood outside this context, and in the final chapters of her book, she examines this tradition of corporate-government cooperation by looking at the case of Samsung, LG, and other recently-successful Korean business enterprises that are nonetheless built on government favors and taxation.

Hong writes: “As with many of Korea’s success stories discussed in this book, Samsung’s rise to the world stage is attributable [to] … the direct intervention of the Korean government at crucial stages.”

And lest anyone think that Samsung is just another corporation, Hong reminds us that “Samsung alone generates one-fifth of the country’s GDP.” It’s not hard to see how the Korean state would see Samsung as essentially an adjunct of itself. “What’s good for Samsung is good for Korea” is no doubt a sentiment in the halls of Korean government agencies.

Hong, being a journalist, simply accepts the economic policy of the Korean state at face value. Of course all this central planning of the Korean economy has been an enormous success. We can see it in how the Korean standard of living has grown by leaps and bounds since the 1960s when Korea was essentially a third world country.

It’s yet another success story — we’re told — of Keynesian neo-mercantilism in which government-owned or -subsidized corporations execute government plans for improving the economy based on the decisions of government agents.

For one with an understanding of classical or Austrian economics, however, you can only look at this economic set-up and wonder what is “the unseen” behind all the government favoritism and centralized decision-making. What would Koreans spend their money on if it weren’t confiscated and given to the chaebols and spent on guaranteeing loans for government-favored enterprises? What innovations might occur if small enterprises and start-ups in Korea had the opportunity to actually compete against huge too-big-to-fail enterprises? We’ll never know.

What we do know, however, is that when a national government puts most of its eggs in one basket, as the Korean state has done, success can be fleeting, indeed. What happens when Samsung goes the way of Sony? Or Hyundai goes the way of General Motors? Will there just be more bailouts, more “stimulus,” and as the Japanese and American experiences suggest, more tidal waves of easy money?

In a culture where leisure is regarded by many as suspect, and students are expected to study eighteen hours per day, it’s possible to go on seemingly indefinitely while malinvestments pile up and government siphons off more and more wealth to prop up its favored corporations. But, in the end, as Japan — and increasingly the United States — have shown, such policies eventually lead to stagnation and capital consumption. Under such conditions, Japanese and American workers can work harder and longer hours to maintain a standard of living, but disposable income never seems to increase.

Japan, the once-future-ruler-of-the-world is a cautionary tale here, but so is the United States. True, the US economy is more diverse and entrepreneurial than either the Japanese of Korean economies, but how many more decades can the American economy endure its own devotion to propping up a financial sector and other corporate friends-of-government all at the expense of taxpayers and entrepreneurs? We may be experiencing the answer to that question already.

A reading of The Birth of Korean Cool tells us that Korea is still in the boom phase. But we’ve seen this movie before, albeit not in Korean.