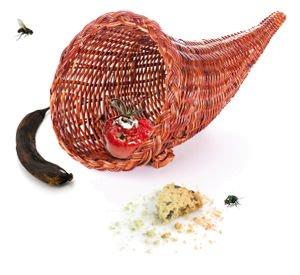 India is suffering from high prices and a food shortage. Both have been brought about by the government's own policies. For years it has indulged in monetary inflation, controls, state planning, socialism, and a forced industrialization that diverts capital and labor away from farming.

Alarmed by the food riots, the government is taking drastic measures. Most of them are exactly the wrong measures. It has put ceilings on the price of rice and announced price controls on matches, oil, kerosene, sugar, and vegetable oils. This is precisely the step that will do most to discourage production of these necessities. When there is a shortage of any product the cure is high prices, not low prices. In a free market, without inflation, relatively high prices for any product signal a shortage of that product and give maximum incentives to producers and importers to relieve the shortage.

The Indian government, looking for scapegoats, has blamed "speculators" and "hoarders" and announced the imposition of strict controls on the purchase, sale, storage, and transportation of grains. But speculators and hoarders, when they really act intelligently in their own interest, perform a public service. If they are right in thinking that if they hold back now they will get a higher price later, this means that they are conserving supplies now to relieve an even-greater future scarcity. Unless they sell at the point of maximum scarcity, they miss their best market and merely defeat themselves.

But the Indian government, distrusting the whole private-market mechanism, is setting up a government grain corporation to do the food importing and trading. The supreme irony is that just as the Indian government has announced this new imitation of Russia, Russia has decided to move in precisely the opposite direction.

Early in August, Premier Khrushchev proposed that potato and vegetable farms sell their produce directly through their own city stores instead of marketing it through the government trade network. The advantage of such a system, he explained, is that the consumer would be able to reject poor quality produce in one store in favor of higher-quality produce offered by another farm's store. Because of the unreliable supply system of the state trade channels, and the low quality of the produce offered, Soviet city workers as well as peasants have in recent years been cultivating their own garden plots. In 1962, 70 percent of the nation's potato crop and 42 percent of the vegetables were produced on these private plots.

Until now, the net income of the collective farms has been divided among the members on the basis of the work done, computed in workday units. This is to be replaced by a system of payments linked directly to quantity and quality of output. As Khrushchev summed it up in a question he asked a tractor driver in a wheat field, "How would you like it if you were assigned a given plot of land where you would be responsible for all operations, plowing, planting, cultivating, and harvesting, and you would be paid on the basis of the crop produced?"

Marvelous idea! The equivalent of a private lease! It is, in fact, a third of the way back — or forward — to private property. Only two more steps would be necessary to complete the reform. The next would be to allow the individual farmer permanent rights to a plot. This would give him the incentive to conserve and build up the soil to improve the buildings, etc. The final step would be to give each farmer the right to buy or sell plots. The successful farmers would then acquire more plots from the unsuccessful, and production would drift more and more into the hands of the most efficient and productive — thus constantly increasing efficiency and production.

The Chinese communists are quite right when they accuse Khrushchev of flirting with capitalism. If he continues in this direction, while we continue our drift into socialism, Russia may indeed one day outproduce us. Meanwhile socialist India and communist Russia must import food from capitalist America to pull them through.

[This article originally appeared as "Socialism and Famine" in Newsweek, August 31, 1964.]