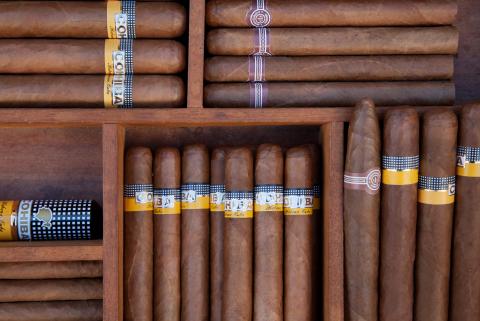 Citizens in this great land were once able to enjoy a cigar or a cigarette at restaurants and bars. Over the years, however, most state governments have succumbed to anti-tobacco groups and have infringed upon the right of private establishments to determine for themselves their smoking policy.

Many non-smokers are content with these laws. They say that they were frustrated with having to breathe in smoke while they were eating, dancing or talking; moreover, they did not appreciate smelling like smoke when the evening was over. Let's not forget the waiters or waitresses who say it is their right to work in a smoke-free environment.

Individuals make their choices based on the perceived benefits and costs. The key point is that if an individual makes a decision voluntarily, then they expected the marginal benefits to outweigh the costs. Now, being wrong about a decision ex post does not negate the fact that the individual made a rational choice ex ante. In plain English: if a person knowingly and willingly went to a smoke-filled bar, then they believed the benefits of the environment were greater than the costs of breathing in and smelling like smoke.

Smoking is a moral issue for many people. What gets neglected is the fact that an establishment's right to decide for itself on its smoking policy is also a moral issue. The business owner is harmed when the government interferes with his business. It is astonishing and just plain arrogant for people to think that they have a right to eat at a restaurant or drink and socialize at a bar. I can’t seem to find any reference to these rights in the Constitution.

In a free-market, smoking and nonsmoking establishments would be allocated based on the demands of consumers. Economist Ludwig von Mises pointed out that consumers have the power in a market economy. Some entrepreneurs (maybe smokers) would open nonsmoking restaurants or bars if they believed that they could maximize profits in this type of environment. This would attract potential employees who value a smoke-free environment or who believe they could earn more by working in a smoke-free establishment.

On the other hand, there would be entrepreneurs (maybe nonsmokers) who would want to cater to a smoking clientele. These establishments would attract potential employees who either smoke themselves or do not care about working in a smoking environment as much as they care about making good tips.

There are two final issues to address: the health argument and the economic impact argument. There are numerous studies that have shown that cigarette and cigar smoking is dangerous to one's health. I am not a doctor but I agree that smoking is hazardous to humans. So what! Many things are hazardous to one's health. What matters is the individual's own valuation of the costs and benefits. "Fine," some say, "but smokers shouldn’t put me in harms way."

Again I must return to the point I made earlier—nobody has to be around smoke. People don’t have to go to a bar or restaurant. They should either learn how to cook or mix drinks themselves or they should open up their own business! In any case, if there truly are enough people who value non-smoking establishments, the market will rise to the challenge and provide these places.

The economic impact argument says that the smoking ban has not reduced the profits of bars and restaurants. This is suspect. In the July 2000 issue of Contemporary Economic Policy, John Dunham and Michael L. Marlow provide the basis for examining the impacts of smoking laws using data from a survey of 1,300 restaurant and bar owners.

Based on the survey, 39% of restaurant owners predicted that revenues would fall; 83% of bar and tavern owners predicted their revenues would fall. Nevertheless, the argument that there is no economic impact still remains. One possibility is that when researchers obtained the financial data of bars and restaurants they looked at places that did not follow the law, which rendered the law and its impact ineffective.

Some might argue that I am stretching to prove my point. Fine, I can concede that the demand for restaurant and nightclub services (socializing, drinking, listening to live music and dancing) is very inelastic and that patrons will inconvenience themselves by going outside to smoke a cigarette and, therefore, the owner will not suffer any monetary losses. Again, so what! The question is not about profits; it is about freedom. This line of reasoning is just a smokescreen. The moral argument still supports the right of the establishment to determine for itself its smoking policy.

A different attack on smoking that I want to address is the enormous cost of health care and tobacco's relation to this. The argument goes something like this: "Smokers are more likely to suffer from heart disease, emphysema and cancer and it will be the government who has to pay for their health bills." One way to cure this dilemma is to get the government out of the health-care business.

Murray Rothbard put it clearly when he wrote in Man, Economy and State: "There are no such things as ends of or actions by 'groups,' 'collectives,' or 'States,' which do not take place as actions by various specific individuals." In other words, the "government" doesn’t pay for health-care—taxpayers do! But that is another story.

Actually, I would be willing to bet that smokers save the "system" money because they die earlier than non-smokers, which means they will not be able to collect Social Security checks for as long.

Whatever justification is used, the point is that when the government tries to protect society from harm, it usually violates individual liberty. The French classical liberal Frederic Bastiat labeled this plunder. Free enterprise and freedom of association are the true rights we must fight for rather than the bogus notion of the right to a smoke-free environment. It is the moral thing to do.