GET NEWS AND ARTICLES IN YOUR INBOXPrint
A
A
Home | Mises Library | S&Ls, Ten Years Later 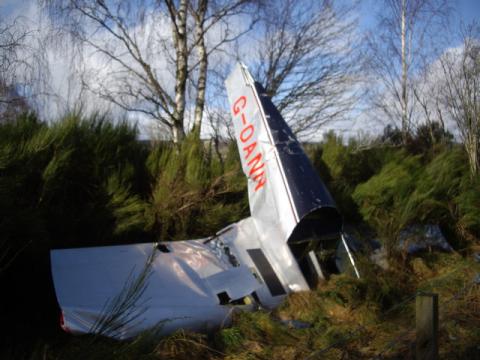 This year marks the 10th anniversary of the Financial Institutions Reform, Recovery and Enforcement Act (FIRREA), Washington's answer to the great financial disaster known as the savings and loan crisis. At the time, Congress blamed lax regulation. We now know the blame lies with over-regulation.

Originally, the S&L crisis was seen as a uniquely American mishap. In fact, it was but one of a slew of banking crises around the globe. Since 1980 when the crisis began, fully two-thirds of the 182 nations that belong to the International Monetary Fund have suffered similar problems.

In August of 1989, after 10 years of crisis, Congress belatedly authorized outlays of more than $150-billion (all figures in U.S. dollars) to close failed S&Ls that should have been liquidated years earlier. Rather than admit to its own mismanagement, Congress used FIRREA to deflect blame to directors, officers, lawyers, accountants and others who had been caught at the tiller when the system sank into insolvency.

Subsequent research reveals why this kind of scapegoating was silly. Fraud, which some have mistakenly identified as the major factor in the S&L crisis, accounted for less than 10% of the clean-up costs. The more important factor was an ill-advised government rule: Since the 1930s, S&Ls had been required by law to make long-term, fixed-rate home mortgages funded by short- term deposits. In the early 1980s, short-term interest rates rose above long-term interest rates. By 1981, almost all S&Ls were reporting losses, and their liabilities exceeded the value of their assets -- largely home mortgages.

Congress played legislative catch-up for the rest of the decade. In 1980 and 1982, S&Ls were set free to become more like commercial banks, which had remained largely immune to risks inherent in borrowing at short-term interest rates while lending at long-term rates. The S&Ls mostly rushed into commercial real estate. Congress also bought time by lowering the capital requirements for S&Ls, encouraging yet greater leverage in real estate investments.

Then things got ugly. In 1989, Congress shuffled regulatory bureaucracies, raised capital requirements and, ironically, required S&Ls to retreat to home lending, where they had first gotten into trouble. Compounding the damage, they forced institutions into a fire sale of their relatively modest portfolios of high-yield bonds, which had performed well throughout the decade. Last, but hardly least, Congress eliminated "goodwill" as an asset in S&L portfolios, pulling the rug out from under many institutions and adding a potential $50-billion of taxpayer liability, when the Supreme Court agreed that the government could be sued for reneging on what amounted to contracts.

To dispose of nearly $1-trillion worth of assets seized from failed S&Ls, Congress established the Resolution Trust Corp. FIRREA was part of a broader wave of financial re-regulation that hamstrung the government in recovering the full value of assets in liquidations. These regulatory shifts helped precipitate the 1990 recession, during which banks and S&Ls reduced loans by about eight times the amount of their decline in capital.

Since small-business borrowers have fewer substitute sources of credit available to them than large ones, the decline in bank lending disproportionately affected their ability to spur innovation and long-term economic growth. The outcome was thus the worst of all possible worlds: a national recession triggered by an excess supply of real estate, the needless destruction of asset values and greater liabilities for taxpayers. The S&L crisis has echoes in the recent East Asian crisis and other banking crises around the world. Excessive government intervention has limited allowable activities, hobbling financial institutions' attempts to reinvent themselves by diversifying both their assets and liabilities.

The absence of efficient capital markets, and dependence on ossified banking systems, has left these countries with daunting resolution costs. It will cost Mexico about 19% of its annual GDP, compared with just 2% to 3% of America's GDP in the S&L crisis.

In addition, following in the footsteps of the U.S., Japan is proving that excessive forbearance--not resolving insolvent banks in a timely fashion--is excessively costly. Though gambling on a favourable turn in interest rates or a sharp rise in asset prices may sometimes work out, generally it creates the costly debacles that the U.S. and many countries elsewhere have failed to dodge.

We live in a time of extremely successful government spin. As in the case of the S&L crisis, Congress has fingered lax regulation as a major culprit in the East Asian and other international banking crises.

But the far bigger problem lies with the destabilization by-product of regulation--government determining who lends how much to whom for what. That role should be left to individuals with capital at risk.