Should We Be Upbeat on Unemployment? | Mises Institute
Skip to main content

GET NEWS AND ARTICLES IN YOUR INBOXPrint
A
A
Home | Mises Library | Should We Be Upbeat on Unemployment?

Should We Be Upbeat on Unemployment? 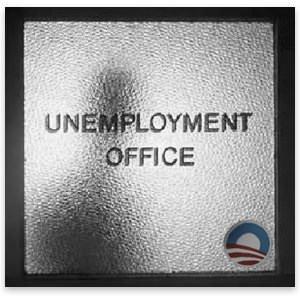 [Douglas French is teaching a class this summer on the bubble economy in the Mises Academy. Sign up today!]

"The price of unskilled labor has increased over 40 percent, while the economy has hit the ditch. It's a wonder the unemployment rate isn't higher than it is."

The April jobs report was described as "upbeat," with the reported 290,000 positive job gain the best in four years. "It clearly shows that this economic recovery can no longer be seen as a jobless one," said Bart van Ark, chief economist of research firm The Conference Board. "Companies apparently are finding they can't squeeze out any more output without adding workers."

Even the increase in the headline unemployment rate to 9.9 percent because more workers re-entered the job market was spun as positive. "When you think about the force it takes to get 800,000 beaten-down people off the couch and back on the street looking for work, that's pretty significant," said Lakshman Achuthan, managing director of Economic Cycle Research Institute.

What the headlines and talking heads didn't mention was that there are still 15.3 million people lying around on the couch watching Oprah and Ellen every day and a record 46 percent of these folks have been out of work for six months or longer. The government's U-6 unemployment measurement, which includes workers unemployed less than one year and are thus termed "short-term discouraged," rose to 17.1 percent. And adding back "long-term discouraged" workers gives us an unemployment rate of 22 percent.

Plus, as John Williams of Shadowstats.com fame points out, the dubious birth–death adjustment (an "unsupportable premise that jobs created by start-up companies in this downturn have more than offset jobs lost by companies going out of business"), "survives and remains a major distorting factor in monthly payroll reporting, likely adding in excess of 230,000 phantom jobs per month at present. That now could be roughly 300,000, given the unusual April data." And then there are those 66,000 census jobs, which add to the cheery numbers.

Williams reports that next month's reporting will reflect the peak in census hiring. But this temporary bump will be short lived. "Based on employment patterns for the 2000 census," writes Williams, "nearly all such gains should reverse out of the data by the end of September, with June payrolls reflecting the first outright contraction in the reversal of current hiring."

From the peak month of December 2007 to January of this year, over 8.3 million jobs were lost as the real-estate boom turned to bust. As David Wessell wrote with emphasis in the Wall Street Journal last week "one in every five men 25 to 54 isn't working."

The point Wessell clearly makes is that many of the jobs done by men during the boom — such as construction, manufacturing, and paper-pushing work in finance — when the unemployment rate bottomed at 4.4 percent aren't needed again anytime soon.

Even a law degree hasn't turned out to be a sure bet. Nathan Koppel writes in the WSJ about law grads like Fabian Ronisky, who will be moving back in with his parents and selling music and movies online after racking up $150,000 in student loans to earn a law degree from Northwestern.

Uneducated men have a tough go of it looking for work. But the question is whether they are looking very hard. According to Wessell, "On average, surveys find, the unemployed in the U.S. spend 40 minutes a day looking for work and 3 hours and 20 minutes a day watching TV." Many of these unemployed men must not realize that they will never work again, and according to Wessell, if they do it will be as greeters at Walmart or as security guards at the local mall.

Of course, lost in this discussion is the Bush administration's increase of the federal minimum-wage rate in three stages. In the summer of 2007, the minimum wage rose 70 cents to $5.85 per hour. The next summer, it automatically increased to $6.55, and last July the federal minimum was set at $7.25 per hour. So the price of unskilled labor has increased over 40 percent, while the economy has hit the ditch. It's a wonder the unemployment rate isn't higher than it is.

As bad as the government's pricing unskilled labor out of the market is for men, for young people trying to get their first job, it's catastrophic. The New York Post reported last September that "the number of young Americans without a job has exploded to 53.4 percent — a post–World War II high, according to the Labor Dept." The worry is that this lack of jobs will create a lost generation, because "Studies suggest that an extended period of youthful joblessness can significantly depress lifetime income as people get stuck in jobs that are beneath their capabilities, or come to be seen by employers as damaged goods," writes BusinessWeek's Peter Coy.

With unskilled and young workers priced out of the market, chronic high unemployment rates will become common in the United States, just as in Europe. In which case, "this era of high joblessness will likely change the life course and character of a generation of young adults — and quite possibly those of the children behind them as well," Don Peck wrote in the Atlantic.

It will leave an indelible imprint on many blue-collar white men — and on white culture. It could change the nature of modern marriage, and also cripple marriage as an institution in many communities. It may already be plunging many inner cities into a kind of despair and dysfunction not seen for decades. Ultimately, it is likely to warp our politics, our culture, and the character of our society for years.

Art Carden explains what Messrs. Coy and Peck lament about in his article "The Hidden Costs of a Minimum Wage." Carden explains that wage minimums cause employers to substitute skilled for unskilled labor. So, on-the-job training is reduced, which "in the long run … must reduce the number of opportunities for those laborers to acquire valuable job skills. Far from increasing opportunities for the working poor, a minimum wage actually restricts their mobility."

Also, workers, given a raise by the government, and not necessarily on the merits of their work output, are put at odds with employers. "Encouraging the view that employment is a raw deal has created needless acrimony," Carden writes. "At the margin, this intimidates people and discourages some from becoming employers themselves."

Getting up and going to work becomes a habit — a good habit. In fact for most of us it becomes an obsession. Besides the particular job skills learned at work, young people learn responsibility, how to get along with others, how to take direction, and how to deal with difficult people. But most important, the feeling of accomplishment and the satisfaction of a job well done is never felt by those who never enter the private work force. Showing up for make-work jobs like people-counting for the government will never provide that.

Douglas French is teaching a class this summer on the bubble economy in the Mises Academy. Sign up today!

Murray Rothbard described minimum-wage laws in Power and Market as compulsory unemployment. During the boom there was great pressure in Washington to raise the minimum wage after the federal government had left it alone for a decade. Of course, those who agitated for it said it would increase the living standards for marginal workers. As Rothbard explains, "the actual effect is precisely the reverse — it is to render them unemployable at legal wage rates. The higher the minimum-wage rate relative to free-market rates, the greater the resulting unemployment."

In a depression, all prices must be allowed to adjust downward. Wages are no different. First and foremost, the government's artificial wage floor should be removed. The future of a generation depends upon on it.