GET NEWS AND ARTICLES IN YOUR INBOXPrint
A
A
Home | Mises Library | Should the Productivity Norm Determine Wages?

Should the Productivity Norm Determine Wages? 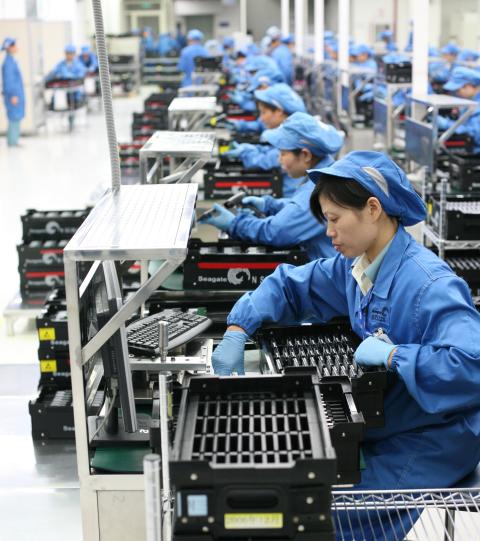 First, we will look at alternative concepts of productivity. Then, we will examine the practical results of the application of the productivity norm theory. This will then bring us to the following ethical question: To whom does the increase in productivity belong? Finally, we will consider the implications of the answer to this question.

Value productivity is the ability to produce something valued by someone. Hence, as Mises says, "the concept of productivity is altogether subjective." And as Rothbard puts it : "The productivity of the private sector does not stem from the fact that people are rushing around doing "something," anything, with their resources; it consists in the fact that they are using these resources to satisfy the needs and desires of the consumers."

As a subjective concept, value productivity cannot be measured.

Marginal value productivity (MVP) is the contribution of a factor unit to the production process. It is expressed in monetary terms (see Rothbard's discussion). Hence MVP is determined by two elements: First, it depends on the physical product produced by one unit of a factor (marginal physical productivity) and second, on the consumers' valuation of this product.

Marginal physical productivity (MPP) times the price of the product is MVP.

In the market process, the entrepreneur tries to estimate the MVP of the factor units by estimating both the MPP and the price of the product. He then contracts them accordingly. More importantly, he only contracts an additional factor unit to a price that he thinks the MVP of this unit will compensate him for. Since services of production factors are paid before the product is sold, the MVP will be discounted by the interest rate leading to the discounted marginal value productivity (DMVP).

When the product is produced and offered on the market, consumers may value it and pay a price for it. Then it will become apparent how good the estimation of the entrepreneur in relation to other entrepreneurs were. If the entrepreneur overestimates the MPP of the unit factor or the price of the product, bidding and contracting accordingly, he will suffer an entrepreneurial loss. In contrast, if he sees that the factors' prices are lower than their potential DMVPs, he would be able to use them in a production process of higher DMVPs by bidding for and hiring these factors. In this case the entrepreneur will receive an entrepreneurial profit.

The entrepreneurial process oriented by profit and loss leads to the result that each nonspecific factor in the free market tends to earn its discounted monetary contribution to the final product. For the factor of labor that means (according to Rothbard) "each man is paid what he is worth in producing for consumers."

How does that work exactly? Let us imagine that if entrepreneur E contracts one labor hour from worker W to produce P, the production of P (MPP) increases one unit and can be sold in one year for 100 monetary units (MVP). The interest rate is ten percent per year. E estimates therefore the DMVP of W as 90 monetary units (m.u.). What would happen if W would be paid 90 m.u. less, perhaps 50 m.u.? E would make respectable profits. He and other entrepreneurs would have an incentive to ask for more services from W in order to produce more P. Therefore W's wage would increase while at the same time the supply of P increases, driving the price of P down. This process tends to equalize W's wage with his DMVP. The process is the opposite if W receives a wage higher than his DMVP.

Hence, if the MVP of workers rises, their nominal wages increase as well. Real wages will increase even more. With a constant supply of money and a larger output, the prices of consumer goods will fall.

First, it does not make any sense to aggregate heterogeneous units which are working hours. Every human being is different and has a different work quality. Furthermore, there are very different types of labor in a production process, each one different from the other. Hence, it makes make even less sense to divide something by an aggregate of heterogeneous units. Macroeconomic aggregates like the sum of working hours are irrelevant for human action and decision-making that is based on marginal units and marginal utility.

Third, the absolute productivity of a factor is always zero, since other factors must intervene to produce the product. As Rothbard points out:

"It is, then, clearly impossible to impute absolute "productivity" to any productive factor or class of factors. In the absolute sense, it is meaningless to try to impute productivity to any factor, since all the factors are necessary to the product. We can discuss productivity only in marginal terms, in terms of the productive contribution of a single unit of a factor, given the existence of other factors. This is precisely what entrepreneurs do on the market, adding and subtracting units of factors in an attempt to achieve the most profitable course of action."

Hence an average productivity like "labor productivity" is not important for the entrepreneur; he thinks in marginal terms. He thinks of employing (or dismissing) one or more additional workers. Their contribution to final product (DMVP) is important for him. The average provided by dividing by all working hours is economically irrelevant.

Fourth, even if we assume, for the sake of the argument, that the number which labor unions compute makes any sense, it must be made clear that with past productivity increases, labor unions are lagging behind. For past periods wages have already been paid out. However, they are settling for future wages. Human action, and hence the entrepreneurial process, aims necessarily to the future. Labor unions should therefore argue with their future expectations of productivity. Instead, labor unions compute an entity ex post while there is no guarantee that a past productivity will be accomplished in the future. There is an ineradicable uncertainty toward the future productivity since consumer valuation can change. Hence there can only be estimations but no measure of future productivity increases.

If unions manage to apply the "productivity norm" and settle for a homogenous wage of different workers, workers are affected differently. There can be three groups.

The first group of workers has a DMVP which is higher than the "productivity norm" wage. They are harmed by the union wage since they would earn more in the free market. There might actually be entrepreneurs who would break the wage cartel and hire them for their DMVP.

There might be another group of workers whose DMVP coincides with the union wage. These workers earn the same wage they would earn on the free market. For them the union intervention is without any direct effects.

At the end, there will be a third group whose DMVP is lower than the union wage. To employ them means to pay more for their work than it is worth in the eyes of consumers. They will be fired and unemployed sooner or later, since no one can afford to incur losses constantly.

Moreover, the acceptance of the "productivity norm" gives rise to a "legitimacy" of the union practice of coercively raising wages. Because the "productivity norm" is only coincidently fulfilled in the free market, unions find a noble task fighting for the "oppressed" workers and resorting to the coercion they can exercise thanks to government privileges.

To whom does the productivity increase belong?

As we have seen there are several productivity concepts. Therefore the ethical question concerning productivity increases is important to consider. The different concepts presented above will serve as a guide.

2. Who owns the increase of MVP? From the point of view of private property ethics, it seems clear that the physical product a factor contributes belongs to the rightful owner of the factor. Therefore, the owner can sell the factor's service in advance for the price he wants. As we have seen, in the unhampered market the owner will be able to get higher prices if the MVP of his factor unit is expected to increase.

Yet, what if expectations are wrong or the worker voluntarily settles for a wage lower than his expected MVP? It would still be a free market exchange from which both parties expect to profit. At least from the private property ethics point of view, violence or the threat of violence that unions employ to hinder the voluntary decisions of market participants is not justified.

3. To whom does the increase of "labor productivity" belong?

First, it should be pointed out that the labor productivity would be constant in an economy with a constant money supply and a constant number of people willing to work. This is because overall production constant in monetary terms would be divided by the same number of working hours.

Yet an increase of labor productivity could be caused by inflation. But then not only the MVP of some types of labor rises, but the MVP of all factors. Every factor would be able to demand and obtain a higher rent in monetary terms. From a private property point of view, it would not be justified to use violence to suppress the increase in the rents of the other factors and favor only labor.

The economic result of that change in consumer valuation would, ceteris paribus, be an increase in the MVP of all factors involved. Hence, the owner of the factors could successfully settle for a higher rent. Coercive suppression of the increase of the rent of all factors in order to only favor labor would not be justified. The same is true, if there are new or additional factors employed in the production process leading to an increase of labor productivity.

As a result, by applying the productivity norm, unions enforce a redistribution policy that cannot be justified by someone defending private property since it is based on the use or threat of violence granted by privileges from the government.

In the German media, the public and even economists focus on a concept of productivity that has severe conceptual problems. Instead of letting the free market estimate the DMVP and determine the wage of the workers, labor unions demand increases of the wages to the extent of labor productivity. Employers and economists argue for wage increases slightly less than (labor) productivity increases.

If the misplaced faith in the "productivity norm theory" can be shown for what it is, that in an unhampered market each nonspecific factor tends to be paid its contribution to the final product, there might be a chance to put an end to government and union intervention into the labor market. We could therefore put an end to involuntary unemployment.