Should Coke Be Banned in India? | Mises Institute
Skip to main content

GET NEWS AND ARTICLES IN YOUR INBOXPrint
A
A
Home | Mises Library | Should Coke Be Banned in India?

Should Coke Be Banned in India? 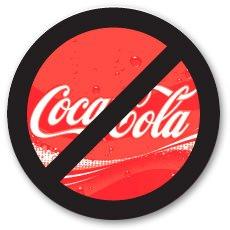 Several provinces in India have recently banned sale of Coca Cola and Pepsi. The reason: they are claimed to contain a higher level of pesticides than is acceptable in Europe. It is as if the cola companies have been adding pesticides to poison Indians.

Here is the story.

The Centre for Science and Environment (CSE), a top non-governmental organization, has been in the forefront of the environmental movement in India.[1] When CSE came into existence, smoky chimneys were shown around India — in propaganda and educational material — as a sign of development. How could a factory be in operation if it was not sprinting towards growth taking the nation with it? How could it be sprinting if it was not spewing black soot?

In short, India needed environmental education, and CSE did a fabulous job of providing it. Unfortunately, many activist institutions like these have a tendency to lose track completely, particularly when the original founders have passed away and the limousine-liberals have taken over.

Somewhere down the line, CSE intuitively realized that making the poor aware of real environmental concerns was politically incorrect: tell the poor about the dangers of burning wood in tiny one-room houses and the poor would fight for much greener, cheaper, and healthier gas and electricity. Consequently, big power plants would need to be set up. For sure, these plants would produce a lot of pollution, but nothing compared to the gross pollution from burning wood in all those millions of one-room houses, not counting an unnecessary destruction of forests.

But being pro-development is suicidal for activist organizations! They survive on the lethargic pseudo-intellectualism of those who have no interest or capacity to understand a situation in any real detail.

Alas, it is such people who have mostly hijacked the environmental and charity organizations in the West. Pro-development activism would be at odds with warm-hearted Western environmentalism. And this would mean that tons of money that flow to organizations like CSE would dry up.

Conveniently, CSE dumped its basic purpose of working for the environment and the poor — and started to work against them, instead.

In the past, whenever we traveled, we made sure we knew someone wherever we went, to ensure that we had access to relatively safe food and water. Serious sicknesses from water-borne diseases are very common in India, as any one who has ever been there would attest.

When multinational companies brought bottled water to India, they took it to the furthest of places, even hundreds of miles from decent roads. They made it possible for people like me to travel and be confident we wouldn't die from water poisoning and that we had access to packaged food products.

Pepsi and Coca Cola set up distribution systems in India, literally in months, something that is a supreme case of efficiency and human capabilities. As a businessman, I am still amazed.

Many decades of substantially subsidized pesticides and fertilizer have led to their heavy usage, completely polluting Indian water systems. You never see clear water in India. It comes in all kinds of colors and viscosities. It stinks of rot. You drink water from ponds that serve as bathing places for buffaloes, and rivers that get sewage discharge.

Really, I would not be surprised if colas made from Indian water did contain pesticides. But who in his right mind would want Indian colas to adhere to European standards? At least these colas were made from filtered water and were reasonable well processed, something much healthier than what we had been accustomed to. Not everyone can afford imported mineral water from Switzerland and Canada.

But the crooked Indian politicians, after a news release from CSE, saw a cause and started banning the colas, bypassing the judiciary. (Really, I can imagine big money exchanging hands.) Instead of fighting CSE on moral grounds, Pepsi and Coca Cola challenged the position of CSE by saying that their colas did meet European standards.

This way of working, unfortunately, is so much easier for the masses to digest. Also, the cola companies apparently used some Indian politicians to fight for reinstating the sale of their products. They even used the US government to pressure the Indian government to comply.

Two years ago, I wrote an article for the Fraser Institute on how McDonalds was making a significant contribution to India, on how they were challenging the caste system there by offering food with a smile to the lower castes, by making upper-caste employees clean the toilets, and by showing Indians that food did not need to be covered with flies.[2]

A Canadian national newspaper wanted me to write a more extensive story. I contacted the Indian offices of McDonalds, Pepsi, and Coke. To my surprise, they did not want to touch me, even with a barge pole.

The people who work there are not entrepreneurs. They have a tendency to accommodate and please the activists. They freely provide money for anti-development activism. They lobby with politicians. The world's hypocrisy continues and builds.

No one here is fighting for the right causes. Apart from the saving grace that the companies are adding value to the society, it is a jamboree of politically correct, anti-development, guilty, and dishonest people — those who have no concept of how wealth is created. They have no interest in the environment or the poor.

It is not misguided idealism; it is plain crookedness. Anyone who has ever been to India — someone with eyes and a heart and some sort of brain — would take no time to understand what I am saying.

[2] "Globalization and India" (available in PDF)