GET NEWS AND ARTICLES IN YOUR INBOXPrint
A
A
Home | Mises Library | Should Bernanke Park the Helicopter?

Should Bernanke Park the Helicopter? 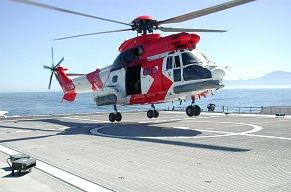 According to Ben Bernanke, pulling back on aggressive policy measures too soon would pose a real risk of damaging a still-fragile recovery.

The Fed chief is of the view that, for the purposes of financial stability, a continuation of the central bank’s aggressive stimulus, conducted through purchases of Treasury and mortgage securities, remains the optimal approach.

In response to the financial crisis and the deep recession of 2007–09, the Fed not only lowered official rates effectively to zero, but also bought more than $2.5 trillion in assets in an effort to keep long-term rates low.

But is it true that a loose monetary stance provides support to economic activity? Furthermore, if this is the case, then why, after such an aggressive lowering of interest rates and massive expansion of the Fed’s balance sheet, does the economic recovery remain fragile?

Surely, if loose monetary policy could revive economic activity, then a very loose policy should produce very strong economic growth—so why hasn’t it happened this way?

This means that loose monetary policy not only cannot provide support to the economy, but on the contrary undermines the foundations for economic growth.

The so-called recovery that Bernanke and most commentators are referring to is nothing more than the revival of various nonproductive or bubble activities, which in a true free market environment wouldn’t emerge in the first place.

These bubble activities are funded by means of loose monetary policies, which divert real wealth from wealth-generating activities, thereby weakening the process of wealth generation.

From this we can infer that a still fragile economic recovery, i.e., a fragile revival of bubble activities despite the very loose Fed monetary stance, could mean that the wealth formation process must have been badly hurt.

If our assessment is valid then obviously the sooner the loose stance is reversed, the better it is going to be for the economy.

Needless to say, those who benefit from bubble activities are not going to like this, since the diversion of real wealth to them from wealth generators will slow down or cease all together.

A fall in economic activity in this case would in fact be the demise of various bubble activities.

Contrary to Bernanke, we can conclude that the continuation of loose monetary policies could only lead to financial instability and prolong the economic crisis.

Some commentators, among them Bernanke himself, blame the fragile economic recovery on banks’ reluctance to aggressively lend out the money pumped by the Fed. Without the cooperation of banks, the Fed’s aggressive pumping is not translated into a strong expansion in the money supply.

On this, the growth momentum of commercial banks lending shows softening. Year-on-year the rate of growth of real estate loans fell to 0.1% in February from 2.3% in the prior month.

The yearly rate of growth of business loans eased to 11.3% last month from 13.5% in January.

Also the growth momentum of commercial banks consumer loans eased last month. The yearly rate of growth softened to 3.8% from 3.9% in January.

The pace of overall commercial bank lending, which includes lending to government, eased visibly last month. Year-on-year the rate of growth fell to 3.7% from 6.2% in January.

The growth momentum of inflationary lending remains in a visible decline with the yearly rate of growth closing at 6.2% in February from 11.3% in January. 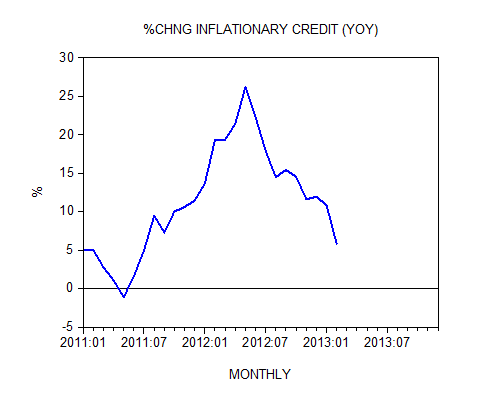 The banks’ reluctance to lend is also seen in the strong increase in their holdings of surplus cash. In the week ending March 6, excess cash reserves stood at $1.648 trillion against $1.546 trillion in March last year and $0.8 trillion in January 2009. Also note that in the week ending March 6, the yearly rate of growth of the Fed’s balance sheet jumped to 7.6% from 4.7% in February.

We suggest that if the pool of real wealth is stagnant or declining, then regardless of whether banks start lending, no meaningful economic expansion can emerge.

Once the pool of real wealth comes under pressure, the number of good quality borrowers tends to decline. Obviously, this tends to reduce the supply of lending.

According to Fed Chairman Ben Bernanke, pulling back on aggressive policy measures too soon would pose a threat to economic recovery. Our analysis indicates, however, that the sooner the Fed reverses its loose stance the better it is going to be for the underlying fundamentals of the US economy. A reversal in the current loose stance, while good news for wealth generators, is going to undermine various nonproductive wealth consuming activities. Meanwhile the growth momentum of US commercial bank lending displays a visible weakening.