GET NEWS AND ARTICLES IN YOUR INBOXPrint
A
A
Home | Mises Library | The Selfish Gene, Social Darwinism, and Human Cooperation 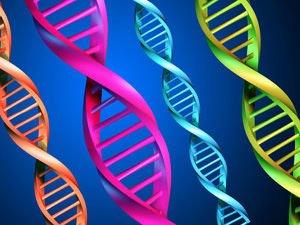 It took me until my 43rd year to read The Selfish Gene, written in 1976 by Richard Dawkins. In many respects, it is a testament to its success that I felt no compelling desire to read it. What I perceived to be its central message had been absorbed into the very fabric of our culture. I thought the message was simply put. To summarize: we are driven to survive by our genes and via competitive and selfish natural selection; we follow our own self-interest in order to survive and procreate; genes that adapt more quickly and better to the competitive world survive at the expense of the others, and so forth. The state of nature is a Hobbesian nightmare of there being “no society; and which is worst of all, continual fear, and danger of violent death; and the life of man, solitary, poor, nasty, brutish, and short.” It is survival of the fittest for most, but armed with this knowledge, we could overcome some of these rough edges of life.

This message became his new self-christened “meme” that has seeped into our own cultural way of thinking. Also, armed with this knowledge, Dawkins concludes we should restrain our biological drive and build a more cooperative world.

Needless to say, the book is rich with information on Darwinian evolution and easily communicated to the intelligent layperson. However, I think that he has at least one thing the wrong way around: we should not restrain our genes to build a more cooperative world, but embrace them and their phenotypic effects. As I will suggest, successful phenotypic effects are not as he assumes them to be when it comes to the catallactics of the market place.

The view of Dawkins — that we need to put restraint on our genes to effect a more cooperative outcome for all — would imply that if we do not, we get what is called social Darwinism which is as natural as the selfish gene itself. In the closing lines of The Selfish Gene, Dawkins urges us to rebel against this natural disposition.

“It is possible that yet another unique quality of man is a capacity for genuine, disinterested, true altruism,” Dawkins writes. “We have the power to defy the selfish genes of our birth. ... We can even discuss ways of deliberately cultivating and nurturing pure, disinterested altruism.”

Dawkins then concludes that this ability to force ourselves to work well with others is “something that has no place in nature.”

Being new to biology, I thought I should read some Darwin to see if it really does follow that if you accept natural selection you must move, as night moves toward day, to the whole of human society running itself as a group of individualistic selfish replicators.

Social Darwinism has nothing, seemingly, to do with Darwin himself. He never advocated a social policy of promotion of the natural tendency to the survival of the fittest. He thought that appropriation by others was the key in advancing man in society.

The Descent of Man is his book that touches most on these issues. Darwin himself imagines that primeval man was “influenced by the praise and blame of his fellows,” and that for individuals, there were many social rewards in avoiding purely selfish behavior since the “tribe would approve of conduct which appeared to them to be for the general good, and would reprobate that which appeared evil.” Primeval individuals knew that the acceptance of the group was important to survival, so, Darwin concludes, “[i]t is, therefore, hardly possible to exaggerate the importance during rude times of the love of praise and the dread of blame.”

Moreover, that which strengthens the group rather than the individual, Darwin reasoned, led to greater survival for the groups that avoided selfish infighting:

It must not be forgotten that although a high standard of morality gives but a slight or no advantage to each individual man and his children over the other men of the same tribe. ... A tribe including many members who ... were always ready to aid one another, and to sacrifice themselves for the common good, would be victorious over most other tribes; and this would be natural selection.

It would appear that Darwin very much did not advocate anything that has come to be associated with the term “social Darwinism,” if we mean by this that we should relish in the economic survival of the fittest at the expense of our fellow compatriots. Dawkins sits firmly in the same tradition as his great inspiration on these matters: Darwin no less. From this I conclude that social Darwinism is more of a “straw-man” style argument, used by people unfamiliar with the works on Darwin and market catallactics.

Concerning the social implications of social Darwinism, liberalism plans for eternal peace, social Darwinism for a war of all against all and, as discussed, neither the great master Darwin and his most modern advocate, Dawkins, would agree with the former extrapolation from biology to social science. I am sure — as Ludwig von Mises notes in Human Action — that what applies to relations between men and microbes are very different indeed, as we have the power of reason and they don’t. Thus, he says:

It need not always be a war of extermination such as in the relations between men and morbific microbes. Reason has demonstrated that, for man, the most adequate means of improving his condition is social cooperation and division of labor. They are man’s foremost tool in his struggle for survival.

Ancient man — maybe even Nick the Neanderthal — must have rationally had to think: “if I do X service(s) or provide Y good(s) to my fellow man — stone-age Sid — he will in return give me X service(s) or Y good(s) which he is doing/producing that I want that he can make/do better than me.” The ability to reason for this is our key distinguishing feature from the rest.

Mises posits three conditions that satisfy the need for the social cooperation entailed in the division of labor. First, man is unequal; second the resources of the earth are unequally distributed over various geographies and climates. If neither of these distinctions existed, the division of labor would not offer any advantages to man. The third and most important point is that cooperation is needed for man to work with his fellow man to produce things more productively. A lasting society is built on permanent cooperation. A war of all against all or a violent competitive struggle is anti-societal.

We must always remember that one of the phenotypic effects of our genes — to aid procreation and successful multiplication — is the undeniable fact that if you cooperate with others, satisfy their most urgent needs, and seek the same in return, you will prosper and multiply.

Seventeen million people walk though the doors of Tesco Plc, voluntarily, each and every week in the UK because Tesco gives them better goods and services at more affordable prices, when they want it. This is voluntary cooperation writ large and no coercion abounds in this model. Their competition with the others is peaceful and driven solely by the wishes of the consumers expressing their sovereign choices by spending their money where they do. From the consumer preferences down, the management shapes its offer to serve them.

Wherever you see disharmony, if you look carefully, you will see government intervention, or a strongman/bandit at work, to favor one party over another party, or a court ruling to do the same. All intervention is anti-social and thus anti-cooperative and we should be very wary of it as some one, or some class of persons, is usually being exploited at the expense of others.

Reject social Darwinism, as it has nothing to do with Darwin or his modern apostle Dawkins. Dawkins has stimulated me to show how potentially the phenotypic effects of cooperation could coherently link biology with economics. This is a magnificent thing!

This allows us to lift ourselves out of autarkic or small hunter gatherer groupings in order to seek to cooperate, in peaceful social harmony with our fellow man. Then I say, in the language of Dawkins: embrace and glorify our genes. Don’t rebel against them.

Editor’s note: This article is adapted from an essay entitled “The Selfish Gene, its Extended Phenotypic Effects and Human Cooperation.”

Toby Baxendale is an entrepreneur and investor, and chairman of the UK-based Cobden Centre, a classical-liberal think tank that aims to promote social progress through honest money, free trade, and peace.