Science is More than Mathematics 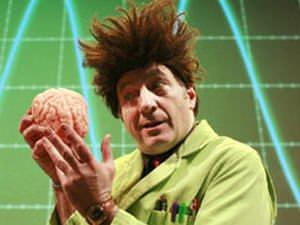 Earlier this year, the distinguished Harvard biologist, E.O. Wilson wrote of the limitations of mathematics in the sciences in the Wall Street Journal. This native son of Mobile, Alabama — better known elsewhere as the Father of Sociobiology — argued that the ability to formulate conceptual contributions to science does not stipulate mathematical expertise or even a mathematical component. Wilson concluded, “[f]ortunately, exceptional mathematical fluency is required in only a few disciplines, such as particle physics, astrophysics and information theory. Far more important throughout the rest of science is the ability to form concepts, during which the researcher conjures images and processes by intuition.” Wilson himself noted that he never learned calculus until his early 30s — after achieving tenure at Harvard — and he bemoans the loss in scientific knowledge that results when its would-be contributors choose other careers due to deficient mathematical training.

While this is not an issue for Austrian economists using a priori and deductive logic in the development of economic theory and concepts, mainstream economics remains wedded to the idea of using data as an end in itself, such that the availability of data alone often determines the extent of economic inquiry. As a result, concepts such as capital that do not lend themselves to mathematical analysis are often ignored by the mainstream or assumed to be constant (so as to simplify their use in modeling techniques). This shortcoming is one of the explanations for the mainstream’s infamous misdiagnosis of the housing bubble from a decade ago and is one of the primary reasons for the mainstream’s ignorance of malinvestments resulting from state money creation in general.

Wilson’s comments are interesting to the extent that emphasis on statistical modeling in mainstream economics and other social sciences are based on the desire to achieve the same scientific rigor of the hard sciences. This desire is a holdover from the Progressive Era, perhaps epitomized by Irving Fisher’s 1919 Presidential Address to the American Economic Association. Fisher wrote:

[t]here should be created an endowment for economic research, in the management of which labor, capital, and economists would, all three, share and which would be a sort of laboratory for the study of the great economic problems before us. Today the physical sciences have their great laboratories, as a matter of course. But the economist is expected to secure his own facts and statistics and make his own calculations at his own expense. Expensive research, far beyond the reach of the professor’s purse, is necessary if the economist is to be of any important public service in studying wealth distribution, the profit system, the problem of labor unrest, and the other many pressing practical problems.

A half a century later, Milton Friedman saw Fisher’s argument and raised it in his famous essay, “The Methodology of Positive Economics” by emphasizing the role of mathematics and statistics in economics to extol predictive accuracy over everything — even correct theory. Data drive what gets tested empirically, and if the results correctly explain the world they must be theoretically accurate. To Friedman, economic methodologies are “to be judged by the precision, scope, and conformity with experience of the predictions [they] yield. In short, positive economics is, or can be, an ‘objective’ science, in precisely the same sense as any of the physical sciences.”

Austrians have seen all of this before, first in their responses to German historicism and their identification of the historicists’ lack of a theoretical basis for economics as a science. In the 1950s, F.A. Hayek, in his masterful Counter-Revolution of Science, noted that by adopting the mathematical models of the hard sciences, economists can easily treat the object of their study — the human person — in the same way that physical scientists examine particles of matter. Instead of living, choosing beings, the human person is easily reduced to elements that can be investigated and manipulated to achieve a preferred social end of the state. One can easily see why an arch-progressive like Fisher would extol this approach. It is extremely ironic that someone with the libertarian bona fides of Friedman would extend it.

While mathematics is an important tool in the social sciences, the way it has come to be used among social scientists narrows the scope of inquiry and has not added much to our theoretical knowledge. Nonetheless, as Rothbard pointed out, its emphasis can justify state expansion by providing scientific precision to government policies.1 The result today is a sort of intellectual-industrial complex in which governments extract funds by force from the masses and direct them to research institutions where individuals formulate models that provide scientific justifications for policies that require — surprise, surprise — that governments extract more funds by force from the masses. Unfortunately, it’s a complex that feeds much of the research activity that today defines Fisher’s Yale, Friedman’s University of Chicago, and the bulk of higher education that aspires to be like them.

E.O. Wilson reminds us that not only do the hard sciences overemphasize math at their own peril, they probably never emphasized it to the extent that Progressive Era social scientists like Irving Fisher envisioned. Meanwhile, today, scientists unhinged to government and less beholden to the state-funded grant process for both their status and lifestyles are more modest in their approach and appreciative of the natural laws to which it is their vocation to study and understand.

Such individuals are also more likely to understand that the stakes for directing science for the normative ends of powerful individuals are huge. As global economies reverberate in response to science-based interventions in market forces, mainstream economics needs humility and an appreciation for the limitations of mathematical approaches. Its practitioners should start by learning from the heterodox schools such as the Austrians that avoided them.