Rothbard and the Nature of the State 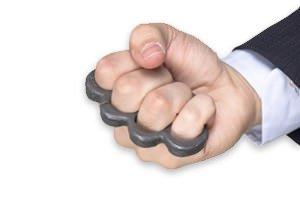 "To change government one must first change the way people think about government."

In his article "Anatomy of the State," Murray Rothbard defines the state as "that organization in society which attempts to maintain a monopoly of the use of force and violence in a given territorial area; in particular, it is the only organization in society that obtains its revenue not by voluntary contribution or payment for services rendered but by coercion" (p. 57). The state, according to Rothbard, has two fundamental properties: the use of violence, and territory. Indeed, not only is the state made up of a body of people who claim the right to use coercive violence, but their claim to violence is, more typically, endemic to the territory over which they rule.[1]

I will come back to territory later in this essay. First, I would like to address the other part of Rothbard's definition of the state. What is that "organization" that claims the monopoly of violence? In other words, what is the state apparatus? We begin to find an answer in Rothbard's analysis of the behavior of states. In his book For a New Liberty, Rothbard says "if you wish to know how libertarians regard the State and any of its acts, simply think of the State as a criminal band, and all of the libertarian attitudes will logically fall into place" (p. 57). The reason Rothbard sees the state as a criminal band is simple: "[t]he right to self-ownership asserts the absolute right of each man, by virtue of his (or her) being a human being, to 'own' his or her own body; that is, to control that body free of coercive interference" (For a New Liberty pp. 33–4). Thus, for Rothbard, no one may claim the right to aggress against the property, especially the body, of another person. It is that simple.

The Rothbardian perspective is distinctive because he refuses to interpret the actions of states as belonging to a special class of human action. Rothbard holds all people to the same standard of conduct, whereas others give the actions of states special moral considerations. For instance, if one person who is not designated as possessing state authority threatens another person with violence in order to take their property it is considered criminal. However, the very same action if committed by those with state authority is not considered criminal. Nobody can deny that the actions are the same, even if the intentions are different. The difference in these actions is simply a matter of how the actions are interpreted. When the state commits acts of aggression, they are generally interpreted as acceptable. When anyone else commits acts of aggression, they are generally interpreted as unacceptable. But the actions are the same.

If one legitimates the actions of states merely by interpreting their actions differently from all other actions, we can begin to see the essence of their existence. States exist only as a particular classification of human action. There really is no state to speak of. When we speak of "the state" we are not even talking about a collection of individuals, as some have called it. We are talking about the interpretation of certain actions belonging to certain people who are generally regarded as possessing a special ability to act in ways in which others are forbidden from acting. Instead of the "state apparatus" we really should be calling this phenomenon the "state designation." "State apparatus" is just a reified term that gives a false sense of solidity to the state.[2] 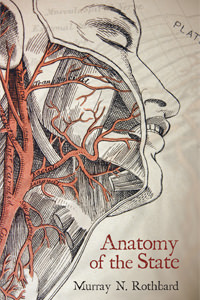 Here is an illustration of what I mean by "state designation." When President George W. Bush left office, President Obama continued the various wars started by Bush. Obama's recognition as president began to justify his authorization of the deaths of various people deemed enemies to the United States, whereas, if Obama was authorizing and funding the bombing of Pakistani civilians before his taking of the oath of office, it might have widely been considered heinous. However, once Obama was given the designation of "president," it seemed perfectly natural to most for him to authorize and fund the very same actions that would have earned him censure as a "civilian." The actions do not change in this case, only the interpretation of those actions.

It is the same with Bush. If he were still funding and authorizing the bombing of Pakistani civilians, as Obama is now, Bush would be prosecuted for crimes. Bush now lacks the designation of "government" that offered him immunity for actions that would be considered heinous now that he is a civilian. It is the same with any other state action: the authority to act as "the state" is merely a matter of a person receiving recognition as a member of a special class. There is no authority that exists outside of this designation. There is no state but in the minds of people.

Acting as the State

However, by saying that the state is a way that certain actions from certain people are interpreted by the public at large, I am not saying that all actions by state functionaries are necessarily the state. For instance, President Obama may issue an executive order, and, thus, act as the state. However, he does not sleep as the state, smoke as the state, and walk as the state. Only those actions of his that pertain to the accepted use of violent coercion are designated as belonging to the state itself. This brings up another issue: states have their limits, but not where we typically think their limits fall. When an agent of the state acts in such a manner that is not interpreted as an acceptable act of state control that person might be, in turn, prosecuted by the state itself, considering that there is no recourse to abuse other than an appeal to other state officials. This is to say that a policeman may attack people so long as he attacks people in ways that have been deemed acceptable by people in general. If he crosses that line, he ceases to act as the state.[3]

In the United States, the courts have the final say on these matters. It is not true that the courts' blessing gives an action, by the mere uttering of their verdict, the state designation. The courts' verdict is merely the state's proven method of molding public opinion on a matter. In other words: the courts make a ruling; the people capitulate; and the state designation is redefined so that it now includes whatever actions the court deemed appropriate. In a way, people have subcontracted their conscience to the courts.

Here is another example that should further demonstrate the imaginary nature of state authority. I have written a constitution. Here it is in its entirety: "Palmer is the Boss of the world. Do what he says, or else you will be punished. " These words obviously do not convey ownership of the entire world to me. Then why do other documents convey a similar authority to others? The answer is very simple: because enough people recognize their claim to authority. In other words, those who claim this authority have a designation placed upon them, one that gives them license to act with violent coercion without the expectation of reprisal. Any attempt at reprisal will most likely lack the designation and will be met with opprobrium. My constitution lacks the putative authority to produce the necessary acquiescence to dominate the world. That is the only difference between my constitution and all others.

What of the second part of Rothbard's definition of the state? What about territory? If people wish to follow the commands of another, it is their business. Merely handing out orders to people does not make one a state. State designations can be problematic, first, because they are enforced with violence, and, second, when they are tied to territory. Territory is a means of carving out portions of humanity and natural resources for states to control. There is no opting out of state control because state control is bound to geography, not to humanity. For instance, a state does not claim to control the lives and property of redheads and leave all nonredheads to other states.

States' claims over lives and property are defined geographically. Borders occur where one state's claim to violence ends and another state's begins. And thus we can see that national communities are created by states, not the other way around. This is to say that "We the People" did not create the US government. The US government creates the community of Americans by claiming a certain territory as its homeland. Borders can and do move, and when borders move, national communities are redefined by a state's claim to dominate the territory and the people they have acquired. Therefore, not only do some claim the authority to control others; some claim the authority to control all people and resources within an arbitrarily determined geographic area.

"There is no state but in the minds of people."

The actions of those with the state designation are not directed by constitutions. They are restrained only by the same thing that gives them life: the willingness of the people in their territory to tolerate them. Perhaps state aggression is like a liquid: something that flows when it is not contained. Perhaps it is enough to say that aggression will always flow to the point where it is contained by the recalcitrance of people's desire for freedom. Thus, those with the state designation can do anything they can get away with, with or without constitutional authority. And if those with the state designation are restrained only by the wills of those in their territory, we can see that in order to change government one must first change the way people think about government.

In summary, there are no states as they have been previously conceived. There is only the willingness of some to place the actions of certain people in a special category of human action. And the limits of people's willingness to accept aggression are constantly changing. Since states are created and directed by the boundaries of what people will accept as proper, since they exist only in the vacuum created by the public’s tolerance for aggression, the only lasting way to change the state is to persuade the public to rethink the program.

[1] Violations of the state's exclusive right to use violence in a certain territory are many and frequent. However, the modern state is most readily defined by the territory over which it rules.

[2] Perhaps this false sense of solidity is best seen when a conquering nation is able to "seize" the state apparatus of a conquered people. There is nothing to seize. This only shows the extent to which people are willing to accept domination over them.

[3] This brings up another point that cannot be dealt with fully here: what if the state does not prosecute its own agents when they cross these lines? If it does not, and the people do not revolt, we could say that the state itself decides what behaviors are to be interpreted as state actions and where that line falls. In this way, failure to prosecute the abuse of state authority is the clearest kind of totalitarianism.

Matt Palmer currently lives in Texas. He will be studying law at the University of Arizona beginning in the fall for 2010.