GET NEWS AND ARTICLES IN YOUR INBOXPrint
A
A
Home | Mises Library | Robert Shiller’s Egalitarian, Regulated, and Subsidized “Good Society” 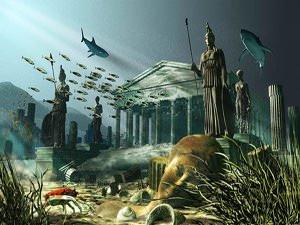 What defines a “good society” and how can we use finance to achieve it? Robert Shiller takes the former question as settled, and dedicates his 2012 book Finance and the Good Society to the latter: what is wrong with modern finance, and how should it be restructured to reach this ideal?

What constitutes Shiller’s good society? He alleges this term has been used by philosophers, historians, and economists for centuries to signify the society we should aspire to live in, where everyone respects and appreciates one another. While everyone agrees we should respect one another, appreciation implies an obligation that is less universally accepted. Although this could be chalked up to a fairly unassuming statement, the definition, indeed the whole book, goes downhill from here. The good society is also an egalitarian one, according to Shiller, and finance should not be at odds with this goal.

Shiller never completely defines what he considers egalitarian to mean. In some places, it is synonymous with democratic partici­pation, which generally results in wealth equality (p. 8). In other places, Shiller implies that a “good society” is also democratic financially — everyone has access to the same products and services (p. 44). In still other places, he uses the term to imply increasing regulation of the financial sector (pp. 183–185), while in others deregulation is necessary (p. 47). Perhaps most troubling is that he never bothers to inform the reader why egalitarianism is an ideal to attain. Indeed, like so many concepts in the book, he parades the idea around without much justification.

The first part of the book provides the reader with a rundown of the roles of the financial economy, and some problems Shiller has with them. Examples include CEOs apparently earning too much money, and taking on undue risks because they believe their firms are too big to fail (p. 23). The high returns on university endowments are examples of intellectual achievement and demonstrate the supe­riority of academic-led finance (p. 31). (Never mind the abysmal 30 and 29 percent losses on Harvard’s and Yale’s endowments in 2008–2009, or the collapse of Long-Term Capital Management, headed by two Nobel laureates.) Banks and bankers solve the critical moral hazard problem of investors not being able to monitor their own investments (p. 41). Housing is a fundamental need, and should be promoted through subsidies (p. 50). People do not die from lack of kidneys available to transplant each year because there is no legal market for them but because, according to Shiller, the government has not helped to design the market yet (p. 69). (Financial markets that do not exist yet, e.g., over-the-counter derivatives products, are encouraged to look to the government to support a market solution.) Private philanthropy can be “self-serving or motivated by ego” and can generate feelings of “resentment rather than gratitude” that result in a loss of dignity for the recipients (pp. 235–236).

So, what does he recommend we do with these problems?

The government should regulate executive pay, and perhaps defer compensation for an extended period, maybe as long as five years (p. 23). Better to put more financial activities in the hands of banks, and to increase regulatory requirements to stop other firms (shadow banks) from free-riding on their abilities (pp. 41, 43). Subsidizing home ownership through new government-sponsored enterprises that will not only make society better off, but will also allow us to learn from the mistakes of Fannie Mae, Freddie Mac, et al. (pp. 50, 56). Financial engineers are not looking at the correct problems to solve, and should look to the government for help, “Governments that do not encourage entrepreneurial enterprises that actively look for problems to solve won’t be very helpful” (p. 73). Regulators are mostly immune from regulatory capture (ch. 12), and policy makers are not just in charge of setting the rules of the game (as is their traditional role), but in stabilizing the economy (ch. 16). Central bankers, instead of playing a role in creating the crisis by easy monetary policies and extended periods of artificially low interest rates are praised by Shiller as “the first line of defense against economic instabilities” (p. 112).

The book’s second section looks at specific institutional improvements that we can make to the financial sector to rectify some of the misgivings he identifies in section one. Shiller starts by proclaiming strangely that we need to “reframe the wording of ‘universal human rights’ so that they represent the rights of all people to a fair compromise — to financial arrangements that share burdens and benefits effectively” (p. 150). This sentence sums up almost everything that is wrong with the book. When Shiller discusses “rights,” he really means “preferences”: his own preferences. It should come as no surprise that this reviewer finds almost every policy ideal prescribed to be in conflict with what he considers “good” for both society and finance.

One of Shiller’s proclamations is that society would be better with more democratic access to financial markets, but he also thinks that the American personal financial arena is inferior to that of China: the former has five credit cards per person, while the latter has thirty-three persons per card (p. 154). Stock ownership and the advent of limited liability allowed the masses to participate in financial capitalism for the first time by purchasing portions of businesses, but Shiller also thinks that Wall Street needs to return to a partnership model to exclude people from this realm (p. 176).

This is a dangerous book, not just because of what it says, but because of what it leaves out. By not providing background or justifications for the ideals proposed, Shiller leaves the reader with a feeling that the ends have been decided already. The only thing left is for us to find the best means to attain them.

Shiller and this reviewer can agree on some things. We both see financial capitalism as a means to obtain an end. It has a supportive role, mostly. We both view finance as not fundamentally about “making money,” although Shiller thinks that is what Western society has turned it into. This reviewer views financial capitalism, like all forms of capitalism, as being about rewarding success and punishing failure. If money is the way that success is rewarded — the common denominator to keep score — making money might not be such a bad thing.

The only full sentence I nodded my head in agreement with comes halfway through the book: “[A] good society has limited ability to make everyone’s dreams a reality — and finance is all about reality” (p. 120). Perhaps Shiller should pay heed to this lesson. Instead of creating a form of financial capitalism that furthers the good society, he should realize that finance, qua finance, is neither good nor bad; it just is. Utopian dreams might make for interesting reading for an undergraduate finance class, but they have repercussions in the real world. In finance, as the recent crisis attests, bad ideas reach far, and affect many.

Editor’s Note: This book review is adapted from a review in the Winter 2012 issue of The Quarterly Journal of Austrian Economics 15 no. 4.