The Rich Aren't Dispossessing the Rest 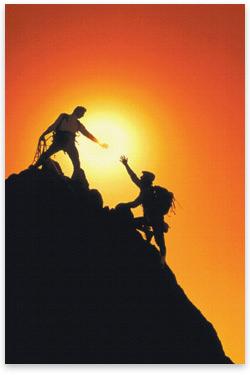 Left-liberals instantly used the CBO report to repeat their "the rich are getting richer at everyone else's expense" mantra. Representative Sander Levin (D-MI) called it "just the latest evidence of the alarming rise in income inequality in America," and the Washington Post's Eugene Robinson called the result "a nation starkly divided between haves and have-nots."

One obvious issue is whether a year during a housing bubble and stock boom provides valid information about inequality in the current, very different postbubble world.

Unfortunately, there is also a far larger problem. The CBO report cannot support such conclusions. As Thomas Sowell explains,

Although such discussions have been phrased in terms of people, the actual empirical evidence cited has been about what has been happening over time to statistical categories — and that turns out to be the direct opposite of what has happened over time to flesh-and-blood human beings, most of whom move from one category to another over time.

In other words, the increasingly unequal rich-versus-poor class-warfare rhetoric (e.g., the Occupy Wall Street imagery of the 1 percent versus the 99 percent) falsely equates individuals with statistical categories, although they behave very differently.

Perhaps the clearest rejection of the increasingly unequal classes interpretation is in a 2007 Treasury study titled Income Mobility in the U.S. from 1996 to 2005. Following individual tax-return data over a time period when statistical categories showed increasing income concentration at the top, it found far different results.

The Treasury found that those with the very highest incomes in 1996 — the top 1/100 of 1 percent — had their incomes halved by 2005 (missed by using statistical classes, because such decreases move people out of the top category). That hardly shows a class of rich growing ever richer at the expense of other classes.

A 2003 Treasury study of the top 400 income earners from 1992 to 2000 found similar individual mobility between income categories, including "the rich" migrating downward (thus dropping out of the top 400), rather than forming a permanent overclass. Over those years, thousands of different people made it into the top 400, with less than one in seven in that category more than twice, and less than one in four in it more than once.

The left-wing interpretation of the latest CBO study is little more than a verbatim repetition of what they have claimed for years. If we consider individual people instead of statistical categories, we must reject the leftists' conclusion that the rich are increasingly dispossessing the rest — as well as the implied need for ever more government redistribution. Why do they keep ignoring that more relevant evidence? Because misrepresentation lets them sell their preferred story line more effectively, buying them more elective offices and power.