The Revolt against Rationalism 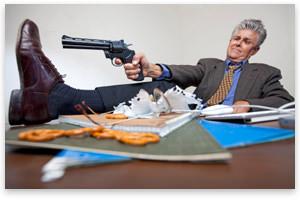 The most remarkable fact in the history of our age is the revolt against rationalism, economics, and utilitarian social philosophy; it is at the same time a revolt against freedom, democracy, and representative government. It is usual to distinguish within this movement a left wing and a right wing. The distinction is spurious. The proof is that it is impossible to classify in either of these groups the great leaders of the movement.

Was Hegel a man of the Left or of the Right? Both the left-wing and the right-wing Hegelians were undoubtedly correct in referring to Hegel as their master. Was George Sorel a Leftist or a Rightist? Both Lenin and Mussolini were his intellectual disciples. Bismarck is commonly regarded as a reactionary. But his social-security scheme is the acme of present-day progressivism. If Ferdinand Lassalle had not been the son of Jewish parents, the Nazis would call him the first German labor leader and the founder of the German socialist party, one of their greatest men. From the point of view of true liberalism, all the supporters of the conflict doctrine form one homogeneous party.

The main weapon applied by both the right- and the left-wing antiliberals is calling their adversaries names. Rationalism is called superficial and unhistoric. Utilitarianism is branded as a mean system of stockjobber ethics. In the non–Anglo-Saxon countries it is, besides, qualified as a product of British "peddler mentality" and of American "dollar philosophy." Economics is scorned as "orthodox," "reactionary," "economic royalism," and "Wall Street ideology."

It is a sad fact that most of our contemporaries are not familiar with economics. All the great issues of present-day political controversies are economic. Even if we were to leave out of account the fundamental problem of capitalism and socialism, we must realize that the topics daily discussed on the political scene can be understood only by means of economic reasoning. But people, even the civic leaders, politicians, and editors, shun any serious occupation with economic studies. They are proud of their ignorance. They are afraid that a familiarity with economics might interfere with the naïve self-confidence and complacency with which they repeat slogans picked up by the way.

It is highly probable that not more than one out of a thousand voters knows what economists say about the effects of minimum-wage rates, whether fixed by government decree or by labor-union pressure and compulsion. Most people take it for granted that to enforce minimum-wage rates above the level of wage rates which would have been established on an unhampered labor market is a policy beneficial to all those eager to earn wages. They do not suspect that such minimum-wage rates must result in permanent unemployment of a considerable part of the potential labor force. They do not know that even Marx flatly denied that labor unions can raise the income of all workers and that the consistent Marxians in earlier days therefore opposed any attempts to decree minimum-wage rates.

Neither do they realize that Lord Keynes's plan for the attainment of full employment, so enthusiastically endorsed by all "progressives," is essentially based on a reduction of the height of real wage rates. Keynes recommends a policy of credit expansion because he believes that "gradual and automatic lowering of real wages as a result of rising prices" would not be so strongly resisted by labor as any attempt to lower money wage rates.1

It is not too bold a statement to affirm that with regard to this primordial problem the "progressive" experts do not differ from those popularly disparaged as "reactionary labor baiters." But then the doctrine that there prevails an irreconcilable conflict of interests between employers and employees is deprived of any scientific foundation. A lasting rise in wage rates for all those eager to earn wages can be attained only by the accumulation of additional capital and by the improvement in technical methods of production which this additional wealth makes feasible. The rightly understood interests of employers and employees coincide.

It is no less probable that only small groups realize the fact that the free traders object to the various measures of economic nationalism because they consider such measures as detrimental to the welfare of their own nation, not because they are anxious to sacrifice the interests of their fellow citizens to those of foreigners. It is beyond doubt that hardly any German, in the critical years preceding Hitler's rise to power, understood that those fighting aggressive nationalism and eager to prevent a new war were not traitors, ready to sell the vital interests of the German nation to foreign capitalism, but patriots who wanted to spare their fellow citizens the ordeal of a senseless slaughter.

The usual terminology classifying people as friends or foes of labor and as nationalists or internationalists is indicative of the fact that this ignorance of the elementary teachings of economics is an almost universal phenomenon. The conflict philosophy is firmly entrenched in the minds of our contemporaries.

One of the objections raised against the liberal philosophy recommending a free-market society runs this way: "Mankind can never go back to any system of the past. Capitalism is done for because it was the social organization of the 19th century, an epoch that has passed away."

However, what these would-be progressives are supporting is tantamount to a return to the social organization of the ages preceding the "industrial revolution." The various measures of economic nationalism are a replica of the policies of mercantilism. The jurisdictional conflicts between labor unions do not essentially differ from the struggles between medieval guilds and inns. Like the absolute princes of 17th- and 18th-century Europe, these moderns are aiming at a system under which the government undertakes the direction of all economic activities of its citizens. It is not consistent to exclude beforehand the return to the policies of Cobden and Bright if one does not find any fault in returning to the policies of Louis XIV and Colbert.

"The Clash of Group Interests" was originally published in Approaches to National Unity: A Symposium, edited by Lyman Bryson, Louis Finkelstein, and Robert M. MacIver (New York: Harper and Brothers, 1945). This symposium volume was from the fifth annual meeting of the Conference on Science, Philosophy, and Religion in Their Relation to the Democratic Way of Life, held at Columbia University.