Review: Austerity: When It Works and When It Doesn’t | Mises Institute
Skip to main content

GET NEWS AND ARTICLES IN YOUR INBOXPrint
A
A
Home | Mises Library | Review: Austerity: When It Works and When It Doesn’t

Review: Austerity: When It Works and When It Doesn’t 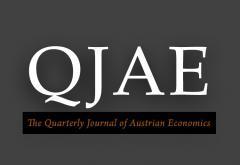 Austerity When It Works and When It Doesn't.pdf

Austerity When It Works and When It Doesn't.pdf

Austerity: When It Works and When It Doesn’t
by Alberto Alesina, Carlo Favero, and Francesco Giavazzi
Princeton: Princeton University Press, 2019, xvi + 245 pp.

Mark Thornton (mthornton@mises.org) is Senior Fellow at the Mises Institute and Book Review Editor at the QJAE.

Austerity is, plain and simple, living within one’s means for normal people. The policy of austerity is for governments who spend a relatively lavish budget beyond their means and then—periodically—have to retrench their spending in excess of tax revenues or face dire economic consequences. This usually entails either increasing taxes, cutting spending, or both.

Not surprisingly there is an ongoing political debate over the effectiveness of austerity policy. Some people believe it is necessary and can be harmful? Government employee unions, government contractors, and progressive-socialist groups expend money and effort lobbying against austerity, while taxpayer-based groups spend money supporting austerity plans that reduce spending rather than increase taxes.

It is easy to muddy the political waters because it is difficult to properly measure the results of the various types of austerity plan. Does a plan consist mostly of tax increases or does it consist mostly of government spending reduction? Then there is additional confusion because the results of any plan will be affected by other factors such as monetary policy and regulatory policy which have simultaneous impacts on the economy and the government budget.

However, it is critical to get the right answers because there will be a need for corrective austerity plans to deal with current government budgetary extravagance in the near future. Government debt in many countries has already grown beyond sustainable levels. In the US, the federal government routinely runs trillion-dollar deficits and is headed towards a fiscal cliff of severe economic decline even before the banner of the Green New Deal was raised.

When the next recession does hit the US, it could result in a significant decline in GDP and this will result in lower revenue for the government and increased expenditures for things like welfare and unemployment benefits. Another related concern is a rise in interest rates which would significantly increase the amount of interest payments on the national debt. If both a recession and higher interest rates were to occur simultaneously, which seems likely, austerity policy could be a necessity.

This finding invalidates the Keynesian complaint that government spending cuts reduce aggregate demand and causes deeper recessions. The main reason the Keynesian view is invalid is that credible spending cuts give entrepreneurs and investors confidence that no tax increases will occur in the future. Immediate and planned spending reductions are a signal that taxes will be lower, or at least not higher, in the future and this is good for the economy. Furthermore, EB plans can even trigger economic expansions and are not necessarily a “political kiss of death,” as some have alleged.

Chapter 3 provides several case studies of countries that have employed TB or EB plans and what they experienced. Several countries adopted austerity measures in the early 1980s. For example, Belgium had a budget deficit of 16.4 percent of GDP in 1981. In response, authorities announced a multi-year austerity plan that cut spending the equivalent of 6.5 percent of GDP, while raising revenues only 1.8 percent. The economy contracted in 1981 and then turned positive, reaching 4.3 percent growth in 1988. In contrast, between 1982 and 1986 Ireland adopted an austerity plan based almost entirely on tax increases. Nearly every aspect of the Irish economy experienced higher taxes totaling almost 7 percent of GDP. As a result, the economy remained sluggish, the deficit was not reduced, and the debt to GDP ratio increased from 74 percent to 107 percent by 1986. In 1987, Ireland adopted a new austerity plan based entirely on spending cuts and the economy quickly recovered. This chapter is by itself worth more than the price of the book.

The authors try to weed out the impact of other policies and aspects of austerity plans. So, they examine the potential impacts of money policy, exchange rate movements, and structural reforms in labor and product markets, e.g. deregulation, and their results still hold. They also find that EB plans were far superior to TB plans in terms of reducing the debt-to-GDP ratio, a primary reason for austerity plans in the first place.

In chapter 8 the authors examine the impact of austerity in the post-2008 Financial Crisis. Their result that EB plans are superior to TB plans is sustained, but the authors caution:

One should keep in mind that fiscal policy was not the only player in the field: banking crisis, collapse of confidence, the credit crunches also played a role. It would be simplistic to attribute everything that happened in Europe between 2010 and 2014 only to fiscal policy. (p. 158)

This is an important book with consistent results favoring EB austerity plans over TB austerity plans in terms of both current output and the national debt. Essentially, the evidence supports the Austrian approach to recovery after a boom-bust cycle, but is also generally applicable.

There are a couple of items that would have improved the book. The first is that the authors do not fully exploit the issue of EB plans that relied mostly or wholly on cuts to government employment, either the number of employees or cuts to salaries, benefits and pensions in order to balance the budget. The current discussion of austerity seems to concentrate on making taxpayers worse off with tax increases or citizens worse off because spending cuts often restrict access to government benefits and programs.

Another approach to austerity would be to reduce the number of government employees, their salaries, benefits and pensions which are typically excessive. One benefit of this approach is that if politicians and bureaucrats knew in advance that they would suffer from profligate deficit spending, there would probably be less wasteful spending in the first place. In other words, make politicians and bureaucrats suffer rather than taxpayers and citizens.

Another item that needs to be addressed is the value of government spending. Keynesians claim that austerity makes us worse off because GDP will fall more than otherwise due to decreased government spending. However, as Simon Kuznets, one of the founders of national income accounting, made clear, government output is not measured in the marketplace so its value is unknown. Most government spending is of either of strongly negative value or certainly worth less than $1 per $1 of government expenditure—and very little of it is worth more than a dollar. Even college freshmen are taught that GDP is an inaccurate measure of economic well-being, but apparently econometric analysis has yet to catch on to that fact. By the way, if this problem were addressed, it would only strengthen our authors’ findings.