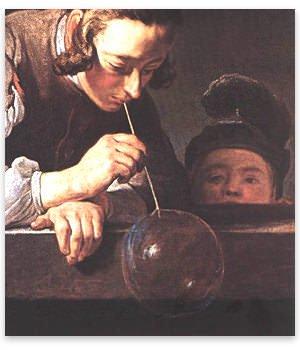 I have written in several mises.org articles — see here, here, and here — of the great imbalances of the US economy. Yet in all of my previous articles on the subject I have been unable to pinpoint when these imbalances will result in a bust.

One can  never be completely sure of the future, of course, as one does not have full information about all factors shaping future events. Thus, it is possible that this prediction will go wrong if the US experiences some future positive shock, such as for example a significant decline in oil prices. Australia seemed poised for a recession in 2005 after its housing market busted, but this was averted as the prices of Australia's commodity exports soared because of increased demand from China.

However, barring such an unexpected positive shock, it seems increasingly clear that we will see a US recession this year. The main reason for this is that the housing bubble that fueled the recovery of the last few years has essentially burst.

While mortgage debt continues to climb, albeit at a slower rate than before, and while housing prices have flattened rather than declined so far, other housing market indicators point to a housing recession. New home sales have reached multi-year lows and the inventory of unsold homes reached multi-year highs. Meanwhile, residential investment has declined significantly from its peak in late 2005. From 6.3% of GDP in the third quarter of 2005 to 5.3% in the fourth quarter of 2006. However, that is still above the 4% average of the 1980s and 1990s, and also significantly above the 3.3–3.4% level of the recessions of 1982 and 1991.1

So far, the economy has seemingly handled this fairly well and experienced what one might call a "soft landing," with growth being slow but still well above zero. Yet there are increasing signs that the worst is yet to come. Much of the housing bubble was financed by so-called subprime mortgages, mortgages to people with a low credit rating. Subprime mortgages were encouraged greatly by the government, with the Federal Reserve providing a cheap source of credit and with Bush encouraging it as part of the "ownership society" that he envisioned. But after the Fed was forced to raise interest rates again, and as the introductory teaser offers expired, the cost of borrowing for the subprime borrowers increased sharply. And as subprime lenders almost by definition have weak personal finances, many have proven unable to handle that.

And so we now see how the default rate has increased sharply. This will mean two things: first, new subprime loans will decline sharply. So far this year, subprime loans have declined 37% from last year.2

This will not only mean lower demand for new houses, but also increased supply as an increasing number of subprime borrowers are forced to leave their homes. This fact, as well as the fact that construction spending is still at historically high levels means that it is likely to decline a lot more. And if this causes outright decline in housing prices, it will have a very adverse effect on consumer spending. The household savings rate was -1.2% in January and February.3  Meanwhile, despite record high asset valuation, the household debt to asset ratio reached record levels last year, as did the mortgage debt to housing value which hit a record high of 47% in the fourth quarter of 2006.4 Looking beyond the aggregate number, you can see that 27% of all homeowners have less than 20% equity (more than 80% mortgage debt) in their homes and 16% have less than 10% equity, making them highly vulnerable to a fall in prices.5

All of this implies that the current spending pattern is dependent upon a continued rapid increase in asset prices, from levels which are historically already extremely high. Household real estate values, which in my first article on the subject I reported to be 184% of disposable income, up from the historic range of 135% to 150%, had in the fourth quarter of 2006 risen to 213% of disposable income. Meaning that there is certainly a high risk of falling prices — which, given the negative savings rate and the record high level of household debt, would imply that consumer spending will have to fall.

With residential investments likely to continue to fall and with consumer spending likely to be weak as well, the one thing that could save the US economy would be business investments. Business investments are still at a relatively moderate level, and in relation to corporate profits they are in fact historically low.

However, there are signs that corporate profits have peaked. The increase in profits over the latest year has been concentrated in the financial sector and in foreign subsidiaries of US firms. In contrast, profits at domestic non-financial industries (the sector that invests) have  started to decline: in seasonally adjusted terms, they were 2.5% lower in the fourth quarter of 2006 than in the first quarter.6  And with profits showing signs of declining, it is perhaps less important that they are still at high levels in absolute terms, because what matters for business leaders is not so much current profits, but expected future profits — or to be more precise, if businesses think additional investments will generate even higher profits.
And with the pessimism generated by the decline in profits and the trouble in the housing market, an increasing number of business leaders seem to think that the days of high profits will be over soon. Business investments fell during the fourth quarter of 2006, and judging by the weak data for non-defense, non-aircraft durable goods orders,7 the outlook for 2007 is not particularly good.
But what about the Federal Reserve? The Fed has always been "the knight in shining armor"  always saving the day by cutting interest rates — and they will do so again. At least, that's what many people on Wall Street seem to think. And of course, Ben Bernanke would certainly be willing to provide "liquidity" — with or without helicopters — if he thought a recession was coming.
However, the fact that commodity prices continue to soar and the dollar is falling means that Bernanke will have limited scope to cut interest rates, particularly in the aggressive way that Greenspan did after the tech stock bubble burst. With businesses being reluctant to invest, and with subprime mortgages discredited, one has to wonder: where is Bernanke going to create the next bubble, the one that will mask the hangover from the housing bubble in the same way that the housing bubble masked the hangover from the tech stock bubble?