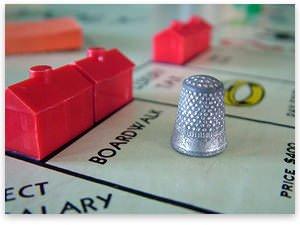 The credit crunch continues, with businesses large and small finding that their bankers remain exceedingly stingy in the wake of the 2008 financial debacle. "We need to see banks making more loans to their business customers," Federal Deposit Insurance Corporation (FDIC) Chairwoman Sheila Bair told reporters recently after the FDIC released figures showing that the amount of loans outstanding in the nation's banks fell $210.4 billion in the third quarter of 2008. That is the largest quarterly decline since the FDIC began tracking loans in 1984.

Of course, today's low interest rates don't especially make lending to small businesses worth the heightened risk. Even Ms. Bair concedes that "credit adversity remains with us," evidenced by the $50.8 billion in bad loans that banks charged off in the last quarter, the highest amount since 1983. At the end of the year, banks try to clean up their balance sheets. If a bank can afford to, it will likely take all the bad-debt charge-offs possible in the fourth quarter. Look for even more write-downs at the end of this year.

However, Robert Prechter makes the point in the November edition of the Elliott Wave Theorist that banks have lent sparingly to businesses for the past 35 years.

Businesses report that since 1974, ease of borrowing was either worse or the same as it was the prior quarter, meaning that — at least according to business owners — loans have been increasingly hard to get the entire time.

The case Prechter makes is that banks have lent to consumers at the expense of businesses — and that it is only business loans that are "self-liquidating." Healthy businesses generate cash flow that can pay off debt, while consumer loans "have no basis for repayment except the borrower's prospects for employment and, ultimately, collateral sales."

"Banks have lent to consumers at the expense of businesses."

Lines of credit to businesses are provided with the understanding that the business borrowers will "revolve the debt," borrow to pay vendors and employees and then pay down the debt as their customers pay them for product. Thus, the debt is directly tied to the business firm's production. The funds tend to be borrowed only for short periods of time. Credit in this case aids a business in potentially earning entrepreneurial profits, which build capital, which ultimately fuels economic expansion.

Conversely, consumer debts are not self-liquidating, but instead stay on the banks' books for long periods of time, with payments being made only to service the interest and pay down very small portions of the loan principal balance. Also, as Hans Sennholz explained,

new debt in the form of a second mortgage on a home may finance the purchase of a vacation home, new furniture or another automobile, or even a luxury cruise around the world. The debtor may call it "productive," but it surely does not create capital, i.e., build shops or factories or manufacture tools and dies that enhance the productivity of human labor.

Prechter writes in his book Conquer the Crash that the lending process for businesses "adds value to the economy," while consumer loans are counterproductive, adding costs but no value. The banking system, with its focus on consumer loans, has shifted capital from the productive part of the economy,

Numbers from the FDIC reflect this shift over the past decade. At the end of the third quarter of 1999, the assets of the nation's banks totaled $5.5 trillion. As of September 30 of this year, bank assets had grown to $13.2 trillion. But commercial and industrial loans outstanding barely budged, only growing from $947 billion a decade ago to $1.27 trillion by September 30 this year. Meanwhile, loans secured by real estate increased from $1.43 trillion in the fall of 1999 to $4.5 trillion this fall. And investment in securities doubled, rising from $1.03 trillion to $2.4 trillion.

"Those in Washington are doing all they can to promote the continued destruction of capital and wealth."

Banks increasingly have the incentive to make long-term amortizing loans secured by long-term assets because the threat of bank runs has been taken away by increases in FDIC deposit insurance. Deposit insurance started at $2,500 in the Great Depression and has increased in fits and starts to the current $250,000. With the increase in deposit insurance there is no need to maintain liquidity. So instead of making short-term, self-liquidating business lines of credit, bankers have opted for making real-estate loans.

"Before the institutions of modern support and subsidy — the Fed, the FDIC, the too-big-to-fail doctrine, etc. — banks had to look after their own liquidity," James Grant said recently in a speech to the Cato Institute. "Operating under the constructive fear of a run, a moderately prudent banker held a comfortable cushion of cash in relation to his deposit liabilities, 25% and up."

Total household debt peaked in 2008 at $13.8 trillion, with $10.5 trillion of that being mortgage debt. And as Sean Corrigan explained, "Houses are nonproductive assets, financed with a great deal of leverage." And while homeowners reap the services provided by homes slowly over time, houses "deliver a large dollop of uncompensated purchasing power up front to their builders or to those cashing out of the market," making housing "the ultimate engines of created credit on the upswing, and … among the more dangerous deflators on the way down."

In the last decade, the US system of fractional-reserve banking has created what Frank Shostak calls "empty money," which masquerades as genuine money when in fact "nothing has been saved." This explosion of money was created through the banking system, as consumers gorged themselves on nonproductive assets like houses, autos, and big-screen TVs. These purchases gave the illusion of economic growth and good times, but in reality weakened the process of wealth formation; instead of building capital, this system wasted it.

Meanwhile, businesses that create wealth-producing jobs have stagnated while capital flowed toward speculation. The workforce was induced into working for enterprises that represent malinvestment: home and commercial construction, as well as other real-estate-related jobs, and businesses dependent on consumer consumption.

Unfortunately, the federal and state governments constantly enact legislation that makes the employment of workers more costly and in turn makes business expansion riskier. So wealth-producing businesses, like metal fabrication and the like, have every incentive not to borrow money from a bank to expand their operations and not to wander into a wider thicket of onerous employment rules by hiring more workers. Instead, the entrepreneur puts energy into obtaining a low-interest mortgage and buying a big house, or dabbling in real-estate development and speculation. Besides, up until this current meltdown the entrepreneur could obtain a real-estate loan much easier than a business loan.

Those in Washington are doing all they can to promote the continued destruction of capital and wealth. Policies like "cash for clunkers"; tax credits for home buyers; the bailing out of the big banks, Fannie, Freddie, and the auto companies; and keeping interest rates near zero only serve to promote speculation and consumer consumption. Instead, Washington should be lowering taxes and the costs of hiring employees, especially in industries that produce capital and wealth.