The Problem with Government Prosecutors 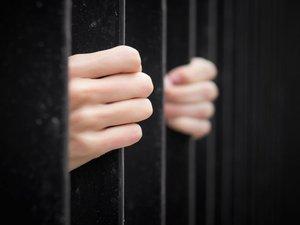 The state prosecutor is the quintessential bureaucrat — powerful and unaccountable. Whither this unaccountable and bureaucratic prosecutorial rule? The words of Maryland State Attorney Marilyn Mosby from May 1, 2015 are telling:

It is my job to examine and investigate the evidence of each case and apply those facts to the elements of a crime, in order to make a determination as to whether individuals should be prosecuted. ... [T]o the youth of the city. I will seek justice on your behalf. ... You’re at the forefront of this cause and as young people, our time is now. [emphasis added]

Such is the powerful rule of prosecutors in America with unilateral authority to impose felony charges. Individual defendants, as in the Gray case, may be unilaterally charged by the prosecutor in certain states, without resort to a grand jury, all based on the temperature of a political issue or “cause,” not a reasonable, individualized assessment of guilt. Many American prosecutors have undoubtedly gone wild in an attempt to further their careers and obtain revenge on political enemies. The “grand jury” in Baltimore was composed of one politician. As with Angela Corey, the Florida prosecutor in the George Zimmerman case, career advancement is something obtained by way of the lives and reputations of others.

In a case involving a suspected homicide, perhaps police officers should be held to a higher standard particularly since they are entrusted with an arrestee’s safety. However, even if one agrees that the police officers in the Freddie Gray case acted maliciously based on the state attorney’s narrative of the evidence — and one can make a plausible case for charges of criminally negligent homicide —the fact that Mosby has opted for murder charges while posturing and declaring “our time is now” stretches the bounds of fairness or credulity.

Those encountering the prosecutorial buzzsaw within the United States are of many backgrounds. Unrestrained prosecutorial authority pressed hard against Aaron Swartz from 2011 to 2013. Swartz, then a former Harvard fellow, programmer, and internet freedom activist, committed suicide in January of 2013. A relentless smear campaign by the prosecuting U.S. Attorney set in motion Swartz’s life-ending spiral. Accountability, if it ever comes, is late, as in the 2006–2007 case of prosecutorial abuse involving lacrosse players at Duke University. In the well-known case of Edward Hanousek, a construction supervisor was criminally charged with the negligent actions of subordinates while he was off-duty.

The politically connected are not immune from nefarious treatment. A lengthy fishing expedition lacking a fig leaf of justice led to repeated attempts to prosecute former Alabama Governor Don Siegelman. He was convicted of bribery largely due to the testimony of a single witness threatened by prosecutors.

The law extends qualified immunity to prosecutors and effectively bars meaningful recourse by the maliciously prosecuted. Furthermore, the ubiquity of plea bargaining ensures that dubious charges go unchallenged. Professor Bennett Gershman has described the accretion of power by prosecutors as having gutted the adversarial legal system.

The Common-Law History of Prosecution

The American common law is derived from the English, and public prosecution was to a large degree absent in England for most of that history. Criminal or quasi-criminal prosecutions in England were initiated by the aggrieved private parties. Privately-initiated criminal prosecution was a key feature of the common law tradition and a privately-initiated procedure might assist in holding unaccountable prosecutorial rule at bay. The existing “government by prosecution” framework offers little defense against an emboldened bureaucracy.

Our current police and gun control controversies are but the latest in a long tradition. The prosecutorial system and criminal procedure were longstanding, fitful political issues in most English communities and they aroused passionate opinions. The formal transition from private to public prosecution in England did not occur until 1879 and years passed before it could be implemented in practice. The English gentry had long been suspicious of both a public prosecution system and a professional police force.

Indeed, the private initiation of criminal prosecution in England was a curiosity to visitors. Among them was the French jurist Charles Cottu, who like many was unaware of the “traditional arguments of English gentlemen against a constabulary and state prosecution,” according to legal historian Douglas Hay. Those Englishmen believed, in Hay’s characterization, that the power of prosecutorial institutions could lead to a “political police serving the Crown.” This opposition to public prosecution has been cast by law professor Bruce P. Smith as an example of old England's “national commitment to civil liberties.”

It was a relatively ancient practice those Englishmen sought to preserve. Since early medieval England, long before the Norman invasion of England, criminal actions had been instituted by aggrieved private parties. They were primarily settled by compensation or restitution, and not imprisonment, capital punishment, or even the blood-feud that was common in much of Europe. For most offenses, specific civil fines and compensation were established.

Maitland and Pollock’s classic discourse on English law describes how, during the age of Alfred, it was illegal to initiate a feud following a homicide until the proper compensation had been demanded of the perpetrator and the demand refused. The affirmative role of the victim or next of kin initiated the legal process. Particularly heinous offenses requiring more than “mere” intentional homicide, were often excluded from the realm of compensatory remedy. As process, judges were appointed to preside over the courts and enforce the decisions made by the assembled freemen of a district. Policing and law bore elements of democracy.

The laws and punishments of the Saxons were quite mild by most historical accounts. Ethelred (978–1016) stated that “the ordinance of our lord and of his witan is, that Christian men for all too little be not condemned to death.” Indeed, the developing Christian faith of the people made criminal penalties even less harsh than they already tended according to Maitland and Pollock. The system of compensation “among the Germanic peoples is parallel to and connected with the contemporary elaboration of the ecclesiastical system of penance, which is a system of atonements.”

Following the invasion, continental inquisitorial practices migrated to an England now experiencing further Norman influence. Prosecution and investigation by central authorities began forming a core function of the state. In essence, the center of gravity for criminal law shifted between 1066 and 1176 under the concept of the king’s peace. In legal historian G.W. Keeton's construction, “the king’s peace swallowed up the peace of everyone else.”

In those years following 1066, under the regime of William the Conqueror, the laws became rather brutal. Ordeal by water would represent one Norman introduction to English law. The Normans had brought with them Roman civil law and an administrative machine fixated upon a strong ruler and a plethora of crimes against the state’s interests. Joseph R. Strayer’s On the Medieval Origins of the Modern State explains that “justice” became a way for the king to expand royal powers.

The later introduction of the practice of prosecution by information further reveals the ominous trajectory of the law. John G. Bellamy relates that the use of prosecution by information encouraged the “clandestine reporting of rumours” to state powers. This new practice implicitly disavowed a system based upon the remedying of private wrongs among individuals. Accusation in notorious cases, at least, was increasingly by government officers — officers dependent on the crown.

By the Tudor era, it was asserted that “the prince, God’s gift to the nation, must never be resisted.” Under the Tudors, a royal house that historians long considered an archetype of tyranny, an incipient public prosecutorial system appeared. Statutory enactments proliferated with many creating mala prohibita regulatory offenses. Newly conceived laws prohibited conduct endangering the power or prestige of the crown. (See G.R. Elton's The Tudor Constitution.)

The tendency toward governance by prosecution thus made strides during this period. In the view of legal historian John Langbein, the seminal prosecutorial development occurred when state investigatory practices resembling continental European pretrial and prosecutorial procedure were enacted from 1554 to 1555. Prosecutorial functions were therefore partially removed from the community and transferred to appointed officials. And yet, despite the new justice of the peace system introduced in the Tudor era, English prosecutions were largely initiated by private persons, with the usual caveats, until late in the nineteenth century.

Of course, to realize some efficiencies while maintaining the private character of the process, modest property owners began creating associations for their mutual protection. These prosecution associations sometimes maintained patrols in troubled areas, advertised and offered rewards, and occasionally aided non-subscribers (see J.M. Beattie's Crime and the Courts in England 1660–1800). The gentry, remembering previous monarchical abuses and having observed the French monarchy’s use of spies and informers, often opposed the idea of professional police forces according to Hay.

Martin van Creveld has argued that this critical eighteenth century period was the time during which bureaucracy became a discrete type of government in the West and “master of civil society.” During this century, Jeremy Bentham would prescribe solutions to the “evils” of private prosecution though it was not until 1879, following decades of legislative commissions and debate, that the basis for a public prosecution system was constructed with the Prosecution of Offences Act.

In comparison to the English experience, the office of public prosecutor developed earlier in most of the American colonies. However, a variety of practices existed. In the Dutch colonies, according to historian Julius Goebel, Jr., some element of private initiation existed although the growing practice was the prosecution of crimes by peace officers. Private prosecution was common though in Philadelphia as late as the mid-nineteenth century, perhaps due to the Quaker influence and the Quaker system of mediation under the extensive history developed by Allen Steinberg in The Transformation of Criminal Justice: Philadelphia, 1800–1880.

Implications for the Present

Recent political fights and media fixations are unsurprising for several reasons, one of which is the entertainment culture that is pervaded by police and prosecutor programs. The worn motifs in fictional police, crime, and district entertainment essentially depict a world of civic decline and failure, a world to which Richard Weaver’s reference to communities “which are but people living together in one place” seems particularly apt.

Devolving some of the state’s prosecutorial powers might limit the scope of criminal codes and regulatory prohibitions or prevent malicious investigations. Local community and private societies might also be strengthened under a system of greater private responsibility. As Robert Nisbet asserted, these societies at one time acted as some restraint upon political powers by maintaining civic vitality. In contrast, the public prosecutor’s office represents industrial-strength bureaucratic justice. Individualized considerations are heavily minimized as the system levies its demands blind to justice.

That visitors to England took notice of the practice of private prosecution is revealing. Accustomed to more aggressive, elaborate state prosecutorial systems at home, they witnessed something unique that many thought worth preserving. Indeed, concerned Englishmen guarded this tradition of liberty. Many American citizens now fight to preserve the American Constitution and its equivalents to the rights of Englishmen. For them, this past serves as a reminder of a particular facet of liberty expunged from our communities and civic life. This abandoned tradition compels us to reconsider its wisdom.