The Principle of Methodological Individualism 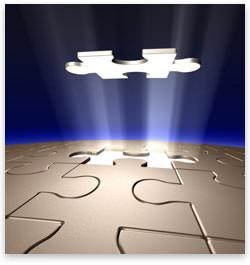 Tags History of the Austrian School of EconomicsPhilosophy and MethodologyPraxeology

[This article is excerpted from chapter 2 of Human Action. You can download an MP3 audio version of the chapter or subscribe to the Human Action podcast.
The entire book is being professionally recorded and uploaded on Mises.org, toward the completion of an audio book version.]

Praxeology deals with the actions of individual men. It is only in the further course of its inquiries that cognition of human cooperation is attained and social action is treated as a special case of the more universal category of human action as such.

This methodological individualism has been vehemently attacked by various metaphysical schools and disparaged as a nominalistic fallacy. The notion of an individual, say the critics, is an empty abstraction. Real man is necessarily always a member of a social whole. It is even impossible to imagine the existence of a man separated from the rest of mankind and not connected with society. Man as man is the product of a social evolution. His most eminent feature, reason, could only emerge within the framework of social mutuality. There is no thinking which does not depend on the concepts and notions of language. But speech is manifestly a social phenomenon. Man is always the member of a collective. As the whole is both logically and temporally prior to its parts or members, the study of the individual is posterior to the study of society. The only adequate method for the scientific treatment of human problems is the method of universalism or collectivism.

Now the controversy whether the whole or its parts are logically prior is vain. Logically the notions of a whole and its parts are correlative. As logical concepts they are both apart from time.

No less inappropriate with regard to our problem is the reference to the antagonism of realism and nominalism, both these terms being understood in the meaning which medieval scholasticism attached to them. It is uncontested that in the sphere of human action social entities have real existence. Nobody ventures to deny that nations, states, municipalities, parties, religious communities, are real factors determining the course of human events. Methodological individualism, far from contesting the significance of such collective wholes, considers it as one of its main tasks to describe and to analyze their becoming and their disappearing, their changing structures, and their operation. And it chooses the only method fitted to solve this problem satisfactorily.

First we must realize that all actions are performed by individuals. A collective operates always through the intermediary of one or several individuals whose actions are related to the collective as the secondary source. It is the meaning which the acting individuals and all those who are touched by their action attribute to an action, that determines its character. It is the meaning that marks one action as the action of an individual and another action as the action of the state or of the municipality. The hangman, not the state, executes a criminal. It is the meaning of those concerned that discerns in the hangman's action an action of the state. A group of armed men occupies a place. It is the meaning of those concerned which imputes this occupation not to the officers and soldiers on the spot, but to their nation.

There is no need to argue whether a collective is the sum resulting from the addition of its elements or more, whether it is a being sui generis, and whether it is reasonable or not to speak of its will, plans, aims, and actions and to attribute to it a distinct "soul." Such pedantic talk is idle. A collective whole is a particular aspect of the actions of various individuals and as such a real thing determining the course of events.

It is illusory to believe that it is possible to visualize collective wholes. They are never visible; their cognition is always the outcome of the understanding of the meaning which acting men attribute to their acts. We can see a crowd, i.e., a multitude of people. Whether this crowd is a mere gathering or a mass (in the sense in which this term is used in contemporary psychology) or an organized body or any other kind of social entity is a question which can only be answered by understanding the meaning which they themselves attach to their presence. And this meaning is always the meaning of individuals. Not our senses, but understanding, a mental process, makes us recognize social entities.

Those who want to start the study of human action from the collective units encounter an insurmountable obstacle in the fact that an individual at the same time can belong and — with the exception of the most primitive tribesmen — really belongs to various collective entities. The problems raised by the multiplicity of coexisting social units and their mutual antagonisms can be solved only by methodological individualism.

The Ego is the unity of the acting being. It is unquestionably given and cannot be dissolved or conjured away by any reasoning or quibbling.

The We is always the result of a summing up which puts together two or more Egos. If somebody says I, no further questioning is necessary in order to establish the meaning. The same is valid with regard to the Thou and, provided the person in view is precisely indicated, with regard to the He. But if a man says We, further information is needed to denote who the Egos are who are comprised in this We. It is always single individuals who say We; even if they say it in chorus, it yet remains an utterance of single individuals.

The We cannot act otherwise than each of them acting on his own behalf. They can either all act together in accord, or one of them may act for them all. In the latter case the cooperation of the others consists in their bringing about the situation which makes one man's action effective for them too. Only in this sense does the officer of a social entity act for the whole; the individual members of the collective body either cause or allow a single man's action to concern them too.

"First we must realize that all actions are performed by individuals."

The endeavors of psychology to dissolve the Ego and to unmask it as an illusion are idle. The praxeological Ego is beyond any doubts. No matter what a man was and what he may become later, in the very act of choosing and acting he is an Ego.

From the pluralis logicus (and from the merely ceremonial pluralis majestaticus) we must distinguish the pluralis gloriosus. If a Canadian who never tried skating says, "We are the world's foremost ice hockey players," or if an Italian boor proudly contends, "We are the world's most eminent painters," nobody is fooled. But with reference to political and economic problems the pluralis gloriosus evolves into the pluralis imperialis and as such plays a significant role in paving the way for the acceptance of doctrines determining international economic policies.

This article is excerpted from chapter 2 of Human Action. You can download an MP3 audio version of the chapter or subscribe to the Human Action podcast.