Preface to What Has Government Done to Our Money? | Mises Institute
Skip to main content

GET NEWS AND ARTICLES IN YOUR INBOXPrint
A
A
Home | Mises Library | Preface to What Has Government Done to Our Money?

Preface to What Has Government Done to Our Money? 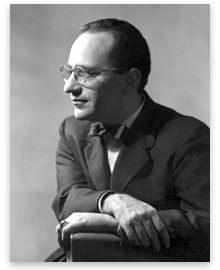 [This article is also available for podcast or download, read by Jeff Riggenbach.]

It has been said that the time of universal scholars ended long ago. There can be no more brilliant minds that develop vast systems of thought and produce top quality work across a range of disciplines. For such thinkers, we are told, there is neither supply nor demand.

The life and work of Murray Newton Rothbard (1926–1995) belies that rule. His more than twenty books, and literally thousands of book and magazine contributions, show that he had no equal as an economist, historian, political philosopher, and cultural critic. The enduring power of his thought makes it all the more necessary to read and learn from him today.

As an economist Rothbard stood in the tradition of the Austrian School, which was founded by Carl Menger and developed later by Eugen von Böhm-Bawerk and Ludwig von Mises. Rothbard made important contributions to the theory of monopoly, production, monetary, and welfare theory, among many other areas. His treatise Man, Economy, and State is a brilliant synthesis of his newer contributions and pre-existing theory.[1]

As a political philosopher, Rothbard provided a new foundation to the theory of human liberty by showing that the private ownership of property can serve as the basis of a comprehensive political ethics: the ethics of liberty.[2] This ethical foundation for liberty has a huge range of applications, even in areas in which it is traditionally said that the private sector is inadequate. Rothbard argued convincingly that a free society needs law and order, but not a state. Police and court services can and should be private, provided by associations and companies operating in the market economy on the basis of contract.

As a historian, Rothbard reformulated the history of money and banking in the United States,[3] most notably as it concerned the Great Depression,[4] and he wrote a general treatment of American history beginning in the Colonial Era.[5]

His treatment of the origin of bureaucracy employed new historical methods to understand the ideological impetus behind the creation and growth of the modern state.[6] Posthumously, Rothbard demonstrated his grasp of the history of ideas with a masterful reconstruction of the history of economic thought.[7] Released in the year of his death, this two-volume endeavor received international acclaim.

It was very late in his life before Rothbard's unique contribution to these many areas gained wide acknowledgment. The native New Yorker did not hold a prestigious chair at an American elite university. His radical views on theory, history, and policy rendered unattainable the Nobel Prize in economics which he deserved. Only at the age of 59 did he receive a position at a university of note (the University of Nevada, Las Vegas), which he held for the last ten years of his life.

That Rothbard managed to acquire an international reputation, and that his ideas had developed such a following in his lifetime, is due not to his status, position, or wealth but entirely to the strength of his arguments. When he died in 1995 at the age of 68, many of his works already appeared in foreign translations. Rothbard's contributions were featured in special issues of the Journal of Libertarian Studies, the Quarterly Journal of Austrian Economics, and the Journal des Economistes Etudes Humaines. An entire book of appreciations was published as Murray N. Rothbard: In Memoriam.[8]

In 1997, Rothbard's most important articles were collected and published in the prestigious Economists of the Century series, which is edited by historian of thought professor Mark Blaug.[9] His academic citations have increased since his death.[10]

His political and social criticism from the 1990s were collected in a single volume,[11] a scholar's edition of his main treatise on economics (united with its original ending) has appeared,[12] and a biography published.13

Rothbard's books carry all the marks of a scholar in the classical tradition. They are written in crystal-clear language, are relentless in their method and pace of argument, always concentrate on the central issues, and treat all questions with comprehensive knowledge of the relevant literature.

What Has Government Done to Our Money? is an outstanding example of Rothbard's creative mind at work. Since it was first published in 1964, it has appeared in four editions in English, and has been translated into many foreign languages. It has served as a primer on monetary theory for all its readers. In fact, it is probably the most brilliant introduction to monetary theory ever written, presenting both the foundation of monetary theory and exploring the role of the state in the degeneration of monetary systems. The book is suitable not only for economists, but also for non-academics and all people interested in the subject. It is, like all of Rothbard's works, a timeless and powerful statement. It leaves the reader with a completely new way to think about the relationship between money and state.

Here the elements and the functions of a free monetary system are presented with brevity and clarity. Rothbard shows how and why gold and silver are used as money on the unhampered market. Money originates neither from social compact nor government edict, but as a market solution of the problems and costs associated with barter. All other tasks usually considered monetary duties of the state — from minting to the definition of the monetary units to the precise form money will take — are left to private entrepreneurs on the unhampered market.

Where is the place of the state in this picture? Doesn't the state have to guard our money? Doesn't it have to adjust the money supply and supervise the banks? Rothbard's answer to these questions is a clear no. Government intervention does not protect money at all but rather threatens its integrity. Government interference leads to more abuse and more instability than the free market would otherwise have tolerated. Instead of solving problems, intervention creates them. Instead of order they bring chaos and economic upheaval.

For Rothbard, the central issue is not whether monetary policy should stabilize the price level or the money supply; it is whether there is a role for the state in the monetary system at all. On this question, Rothbard answers decisively in the negative. Entrusting the money to the state is a grave error. It opens door and gate for totalitarian control of the society by interest groups closely connected to the state apparatus. The consequences are economic and monetary crises, and a relentless decline in the purchasing power of money. Rothbard illustrates this impressively with a short history of the monetary collapse of the West.

Rothbard's chronicle of decline ends with the breakdown of Bretton Woods and a prediction that the future portends continued exchange-rate volatility, debt accumulation, inflation, crises, bailouts, and a political drive to further centralize control of money and credit. This prediction turned out to be a good summary of the monetary events of the last quarter century.14 The world economy adopted a de facto dollar standard, a managed monetary integration came to Europe, and crisis has followed crisis in Asia, Russia, Mexico, and Central and South America, along with exploding deficits and debts in the United States. Undoubtedly many more will come our way.

This new edition includes a detailed reform proposal for a 100% gold dollar, an essay first published in 1962, the same year that Man, Economy, and State appeared and two years before What Has Government Done to Our Money. That it was written a decade before the last vestiges of the gold standard were abolished does not diminish its power as a proposal for reform.

Would Rothbard's plan work? Certainly. The limits are due not to its economic viability but rather to the same forces that keep all radical proposals for freedom at bay: political barriers and ideological opposition. Should the conditions ever become ripe for pure liberty again — and Rothbard was ever the optimist — this essay will serve as an outstanding blueprint.

Today all nations face a choice between sound money and continuing monetary depreciation and/or monetary crisis. Sound money, Rothbard shows, means the enforcement of strict separation between the state and money. Rothbard has shown that the world's party of liberty can embrace what is usually said to be an impossible ideal: an international money protected against the arbitrariness of the state. His analysis and prescriptions deserve even more attention today than when they were first written.

Jörg Guido Hülsmann is a senior fellow of the Mises Institute. Send him mail. Comment on the blog.

[3] A History of Money and Banking in the United States: The Colonial Era to World War II, edited with an introduction by Joseph Salerno (Auburn, Ala.: Ludwig von Mises Institute, 2002).

[7] An Austrian Perspective on the History of Economic Thought (Brookfield, Vt.: Edward Elgar 1999).