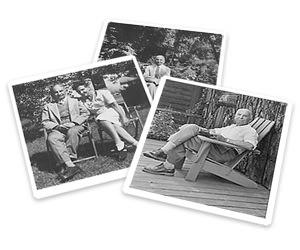 Tags BiographiesHistory of the Austrian School of EconomicsPhilosophy and Methodology

[This article is excerpted from Memoirs by Ludwig von Mises.]

Ludwig von Mises is the author of dozens of books and hundreds of articles in which he made pioneering contributions to economics, history, the philosophy of science, and social philosophy. He had a direct personal influence on many outstanding social scientists such as F.A. Hayek, Fritz Machlup, Oskar Morgenstern, Gottfried von Haberler, Hans Sennholz, Murray Rothbard, George Reisman, Ralph Raico, Leonard Liggio, Israel Kirzner, Paul Cantor, and others who attended his seminars from the 1920s to the 1960s. In the interwar period, he was also a major economic advisor to the government in his native Austria.

And yet today we still know amazingly few things about this man. Much if not most of what we know is based on the present autobiographical recollections, which Mises started to write upon his arrival in the United States in August 1940. By the end of that year he had finished a first draft of the German-language manuscript and then polished his memoirs for another two years. Finally, he gave the handwritten text to his wife Margit for custody and eventual publication. In 1978, five years after his death, she published both the German original and an English translation from the pen of Hans Sennholz.[1]

The memoirs cover his intellectual development from youth to 1940. Thus they are essential and fascinating reading for all students of Austrian economics and of the history of ideas.

They are similarly important for students of world politics in the 20th century. In fact, Mises's memoirs are a unique source of inside information about the economics and politics of the first republic of Austria. They portray his professional life from about 1906 (the year he graduated with a doctorate in law from the University of Vienna) to 1940, stressing his activities in the Vienna Chamber of Commerce, in World War I, in government, and in academia. He not only knew the intellectuals of his day; he had almost daily interaction with the political leaders of his country, with the higher echelons of the civil service, and with the executives of Austrian firms and business corporations. Today this might seem to be largely irrelevant local history, but in fact it is not. The little Republic of Austria was the heiress of the great Habsburg Empire, which had just crumbled in 1918. In the 1920s and 1930s, the country still played an important role in world politics, most notably in its opposition to the burgeoning political movements of Bolshevism and National Socialism. It is not an exaggeration to say that one cannot fully grasp the world politics of the 20th century without a thorough understanding of Austrian politics in the interwar period. The present memoirs are a precious key to such understanding. They are unique in that their author was not just an insider but an insider who understood the key economic issues of his time far better than most other protagonists.[2]

What do the memoirs tell us about their author? What does Mises reveal about himself? Not much. He essentially confines himself to a narration of his intellectual development and public life. There is no word on the following pages about his dreams and feelings, love affairs, personal income and wealth, passions and temptations; no word about daily family life or his attitudes toward parents, brothers, house personnel, cousins, teachers, or neighbors; no word about car accidents or broken legs.

This is fully in line with his other writings and personal records. Even in his letters, he handled such private matters with great discretion. All through his life he studiously avoided writing and publishing about himself, even though he played a rather remarkable personal role as we have already noted.[3]

Implicitly, however, the memoirs actually do tell us a few things about Mises the man.

It is significant, first of all, that in his recollections he chose to focus exclusively on his public persona, though admittedly it is not quite clear what this focus signifies precisely. It could have been the outgrowth of anxiety or feelings of vulnerability. Mises might have feared that, in writing about his emotions, he might not be able to control language and thought as much as when writing about politics and economics. In fact, he did not always control himself in situations of private conflict, in particular, when he had arguments with his future spouse.[4]

However, the focus on his public persona could also reflect his deep-seated humility and stoic concern for disentangling matters of common interest from those of merely personal interest. 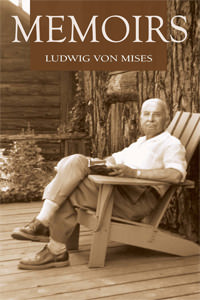 Moreover, the memoirs are unique among Mises's works in that he makes a great number of blunt statements about the persons with whom he interacted in his professional life. He had a reputation of being unable to suffer fools gladly, but he never stated these opinions in writing. As he relates in the present book, he had early on adopted the principle of never writing about the personal moral shortcomings of his opponents, of focusing instead on their intellectual errors in order to combat the latter more effectively. Only in the memoirs — which, again, were not meant for publication during his lifetime — did he talk about virtues and vices. Now if we look at his heroes and villains, we find the reflections of a stoic value system, cherishing above all good will, hard work, and expertise, while despising avarice, pretentiousness, and shallowness.

Mises would never write an update to cover the last third of his life in America. The memoirs were a balance sheet of his achievements in the Old World, written in the style of a testament, at the absolute low point of his life — a personal reckoning and a lesson for his future readers. May all readers of this beautiful new translation benefit from it!

This article is excerpted from Memoirs by Ludwig von Mises.

[2] Mises is today mainly known for his contributions to economic theory. But he is also an important historian of contemporary totalitarian movements. See in particular Mises, Nation, State, and Economy (1919); idem, Omnipotent Government (1944); idem, Planned Chaos (1947). His very first publications as a young scholar (1902–1906) also dealt with historical problems, though in those days he was under the influence of historicist and interventionist ideas, which he later rejected, as explained in the present work.

[3] Apart from the memoirs (which he did not publish), the only piece of writing in which Mises discussed his own ideas is an address delivered to the economics department of New York University, in November 1940, in the context of a job search in his new home country. See Mises, "My Contributions to Economic Theory," Planning for Freedom, 4th ed. (South Holland, Ill.: Libertarian Press, 1980), pp. 224–33. In his theoretical writings he made numerous comments on the history of ideas, but almost never on his own ideas. In the 1960s he published a small booklet on the history of the Austrian School of economics, in which he also did not talk about himself. See Mises, The Historical Setting of the Austrian School of Economics (1962, 1969; reprinted Auburn, Ala.: Ludwig von Mises Institute, 1984 and 2007).