In Praise of TV's Pawn Stars 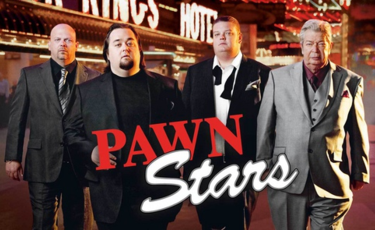 I assert that the most intelligent reality show on TV is the History Channel's Pawn Stars . It's a capitalistic feast for a free market junkie like me.

The basics of the show are fairly straightforward: Rick Harrison and several family members own a pawn shop in Las Vegas. In each episode, various people enter the establishment and attempt to sell (or pawn) some item of personal property and obtain the highest price. The items can range from, say, an old German-made toy from the 19th century to a smashed-up 1990's helicopter that would need a total (and expensive) renovation in order to fly again. And Rick, of course, must evaluate each prospective transaction and decide whether he's interested in buying and at what price.

Rick's many years of experience in the business world allow him to understand the basic "market value" of most of the items he evaluates. Frequently, however, when an item offered for sale is historical and/or outside his area of expertise and could be a seriously expensive mistake if purchased (or not purchased), he calls in a specialist to do a professional evaluation concerning authenticity and possible monetary value. Is it really a Winchester rifle from the post-Civil War period? How do you tell? When was it made? Is the stock original? How rare is a rifle in this condition? What are the current market conditions for such an item? And since these expert evaluations are made for many diverse products (documents, paintings, pinball machines), viewers (like me) often learn amazing and interesting bits of cultural history from a show concerned primarily with money.

All sorts of important capitalistic principles and values are on display during Rick's process of discovery and negotiation: First and foremost, of course, is the profit motive-- with no apologies--and the constant concern about avoiding financial mistakes (by paying too much) and losing money. But if you are paying attention, viewers also get to see the importance of other economic principles such as time preference, the division of labor, the nature of subjective value, the inherent risk with any investment decision (in restoration, for example) and especially the inherent risk and uncertainty of reselling a final product into future market conditions.

Rick Harrison makes it precisely clear that he, and he alone as owner, is assuming all of the risk in these transactions. After all, the seller is getting Rick's money now, in the present, the moment Rick hands over the cash. Done deal. But Rick can only get his money back and get his profit, presumably, at some uncertain time in the future when the item is to be resold. But will there actually be a profit in the future? Who knows? Who can know? This point about inherent risk and uncertainty, and about the crucial role played by the entrepreneur in all of this, is constantly highlighted, and it is wonderful to see it actualized so expertly in the context of a popular reality show.

This may be a stretch but what Pawn Stars does in entertainment video is similar to what Atlas Shrugged does in fiction: it takes important philosophical principles and actualizes them with colorful characters in real world settings. It's a most effective teaching tool because viewers (and readers in the case of Atlas) watch someone actually "doing" the principles and they "learn" while caught up in the drama; it's not just some boring lecture.

I dare say that most students could probably learn more about the market process from watching Pawn Stars than they could from taking most college economics courses, especially at certain Ivy League schools. And they wouldn't get any of that Keynesian bad stuff that they would have to unlearn.