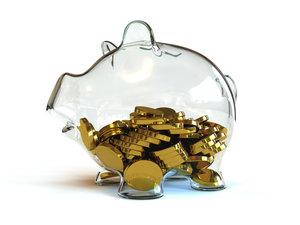 The Swiss gold initiative has come and gone. It can be summarized as much ado about nothing. Even if it had passed, the initiative would have had no real impact on the central bank’s ability to print money or conduct monetary policy.

The central bank is currently defending a 1.2 Swiss-francs-to-the-euro floor. By pegging its currency, the Swiss central bank has basically opted to follow its neighbor’s excessively easy monetary policy. To keep the peg, the Swiss central bank has been purchasing euros by printing Swiss francs. The central bank then returns the euros to the Euro money supply by purchasing European government bonds. It could have just as easily used those euros to buy dollars for gold. In either case, the euros or dollars are returned to the market, and therefore the Swiss action does not influence the respective Euro or US money supplies. We must remember that exchange rates are determined by differences in monetary growth rates and anticipation of what those differences will be in the future.

The Swiss government and Swiss central bank opposed the initiative. This should not be surprising. It is standard government policy to use fear tactics to justify continued government theft.

By this means government may secretly and unobserved, confiscate the wealth of the people, and not one man in a million will detect the theft.

While the initiative has been portrayed as extreme or revolutionary by many critics, the initiative is very mild when compared to the role of gold at the Swiss central bank in the past. For example, Switzerland held 40 percent of its assets in gold between 1936 and the year 2000. Did this more-binding constraint limit the central bank’s ability to print money? Relative to gold, the Swiss franc has lost 90 percent of its value since 1914. Did the bank’s gold assets during this time seriously limit the central bank’s policy-maneuvering room? A cursory reading of the financial press during this period clearly shows it did not.

Although the initiative would have done little to constrain central banking, it would have nonetheless been a step in the right direction much like Ron Paul’s attempt to audit the Fed in the United States. What the initiative does highlight is the general public’s feeling that something is rotten in Denmark! Every dollar, euro, or yen that central banks create is a tax on cash balances. A tax no one has voted for. It is theft while you sleep. Although central bankers may attend fancy lunches in thousand dollar Armani suits, it does not diminish the reality that they are nothing more than counterfeiters. The only difference between them and the guy printing currency in his basement is they do not fear the police breaking down their doors.