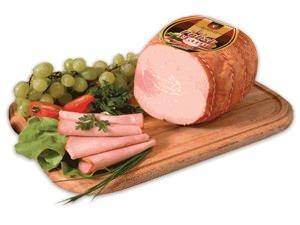 Supposed exponents of free trade, like YAF, conservative clubs, the Birch Society, and other right-wing groups have long been actively opposing the importation of Polish hams. We shall prove that whatever principles such actions could be based upon, they are not the principles of the free-market laissez-faire system, which holds supreme the rights of trade, of property, and of voluntary association.

Opposition to the importation of Polish hams has been defended on the grounds that it is immoral to trade with thieves or receivers of stolen merchandise — a description that eminently fits the Polish government.

It is a description, however, that also eminently fits the US government, with its vast taxing system, its monstrous budget deficit, and its astronomical national debt!

But more destructive of the private-property system even than this are the following:

Thus if there is anyone who should not be traded with, it is this US government.

Consistent refusal to deal with government thieves would involve one in committing suicide, since governments control all of the earth's surface. This is anathema to libertarianism, which holds life, not death, as the ideal.

There are two weaknesses with this defense. First, the import of this argument does not so much defend trade with the state as it defends retaking the stolen property from the state. One does not urge trade with the burglar as justified punishment. One can always trade with him.

Second, according to this argument, the US citizen can trade only with governments that have seized his property; he cannot trade with governments (like the Polish government) that have not seized his property. Accordingly, he could not make a trip to Canada, a country that regularly seizes its own citizens' property but does not seize the property of US citizens. A US citizen who lives in Maryland, for instance, could not even make a trip to Nevada, because the state of Nevada, like that of Poland, had not seized any of his property.

The answer to the Polish-ham enigma is this: libertarians must realize that we are all faced with overlord states, some more aggressive and some less. The answer is not to single out communist states for opposition. All are born in aggression and involuntarism.

The way to bring the blessings of laissez-faire to the Polish people is first to secure it for ourselves. The enemies of free enterprise and private-property rights here in America are immeasurably benefitted when those who favor the free market are too busy worrying about the "tiger at the gate" to wonder at the absence of freedom right here.

This article originally appeared in The Libertarian Forum, June/July 1972, p. 5.