GET NEWS AND ARTICLES IN YOUR INBOXPrint
A
A
Home | Mises Library | Pharmaceutical Prices, Patents, and the FDA

Pharmaceutical Prices, Patents, and the FDA 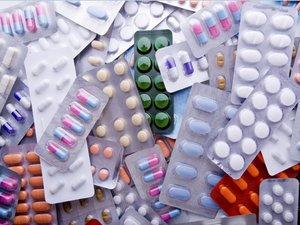 In this article by economist Jeffrey Sachs, pharmaceutical company Gilead is taken to task for selling its hepatitis C cure, Sofosbuvir (sold as Sovaldi), at a price of $84,000 per course of treatment. Sachs says that the actual production cost of Sofosbuvir is about $100.

Sachs says that Gilead is "bilking the taxpayer" by charging the government prices far above production costs — and government is probably paying for most of the Sofosbuvir drugs. Sachs further complains that people will die because of Gilead's refusal to cut the price to something more affordable.

Gilead, Sachs says, bought the patent rights to Sofosbuvir for $11 billion in 2011, and took the drug through the last stages of FDA approval, which came at the end of 2013. Gilead made $12.4 billion in 2014 from Sofosbuvir, and Sachs says that first quarter 2015 sales of the drug brought in revenues of $4.6 billion.

Sachs quite rightly points out that patents are relevant to the issue. But he says that patents are "an important tool to incentivize R&D" which have been "abused" by Gilead, and argues that "life and death" patent holders should be subject to price controls by the federal government. He goes on to say that patients who are "denied access" (i.e., can't afford the drug) should sue Gilead for reckless endangerment. And finally, Sachs suggests "public outrage and activism."

In an August 6 tweet replying to me and to a physician who had briefly engaged him on this issue, Sachs said, "No way to regard the current arrangements even crudely efficient or equitable. Killing people senselessly."

Sachs is being somewhat disingenuous in representing the production cost of Sofosbuvir as $100, and the markup as 800 times costs (as he did in an August 7 tweet). There are substantial fixed costs involved in R&D, trials and FDA approval, and the like. Any company incurring those costs expects to recover them by charging an above-marginal cost, and if trade secrets or other features of the market allow them to do so, they will. Sachs’s markup complaint applied elsewhere doesn't make sense — authors of mass market paperback novels (and maybe Sachs himself, the author of several popular books) would also have to be regarded as terrible price gougers because the marginal cost of printing a paperback book is a few cents, while the retail price is $6 to $10. Of course, writing the manuscript is an extremely costly part of the production process. Once that is done, reproduction can be relatively cheap. This is true of a great number of goods and services for which there is a high up-front cost.

There are clearly some problems stemming from the intellectual property rules here. The government will prosecute any firm that competes with Gilead in the production of the particular chemical formula Gilead has acquired. Sachs is right, then, that IP is relevant here. But rather than see IP as part of the problem, he defends patents as basically beneficial and proposes using them as a way for a government to beat a company's prices down. In contrast to the widespread notion of most of the public and most policy commentators, it is not at all clear that patents are essential to drug innovation. Even where new drugs could be reverse-engineered and copied, innovation could still be rewarded in a world without patent laws. See, for example, this article by Nathan Nicolaisen. First-mover advantages may be important, as could the inevitable delays in ramping up generic drug production. Nicolaisen mentions a survey of R&D labs and company managers that indicated that they believed trade secrets to be more effective than patents in getting a return on an investment. For a more extensive treatment of a free-market view of IP, see Jacob Huebert's article here, and for an application to a similar issue involving a life-saving drug, see this article by Stephan Kinsella.

The FDA’s Role in Denying Access to Health Care

Sachs — at least in this article — ignores the role of the FDA in causing death and suffering by keeping drugs off the market. When Gilead bought the patent to Sofosbuvir, it was running the risk that the drug would not be approved, or that approval would be delayed so long that the opportunity cost of its initial $11 billion investment would become quite large. Uncertain but potentially large profits after approval may be quite reasonable, given the risk Gilead took on. The FDA itself injects a politicized uncertainty into the drug research, production, and marketing process, and therefore drives up costs.

These costs can appear as death and suffering as well as dollars. The American public tends to think of the FDA as a protector against dangerous side effects, as we saw with Thalidomide decades ago. But how many Americans have died because of lags in approval? A five-year delay in bringing the antibiotic Septra to the US market may have cost 80,000 lives. A lag in the approval of beta blockers may have cost 250,000 lives.1 The FDA's ban on advertising aspirin as an effective preventer of first heart attacks may have caused the deaths of tens of thousands of Americans every year. But because it's easy to identify those harmed by side effects, and difficult to identify who might have been saved by earlier introduction of Septra to the marketplace, the FDA tends to be over-conservative in its regulatory process.

But one of the most interesting features of Sachs's diatribe against Gilead is how well it tracks with Ludwig von Mises's explanation of the natural progression of socialism. In "Middle of the Road Policy Leads to Socialism," Mises points out that a government facing milk shortages from its price controls on milk may add to its initial intervention a second intervention controlling the prices of the factors of production used in milk production, and then — if the government still refuses to acknowledge the fundamental problems of intervention —a third intervention controlling the prices of still other resources. The price system shrinks and is gradually replaced with central planning.

Sachs sees problems with the prices of Gilead's new drug. And I do too — I don't think for a minute that the free-market price of Sofosbuvir would be $84,000 per course. But rather than attack the State's patent laws directly, as well as the costly FDA regulatory process and other interventions, Sachs wants price controls on life-saving drugs. This is a well-traveled path toward socialism, and it does not end well.

Timothy Terrell is professor of economics at Wofford College in Spartanburg, South Carolina. He is...