GET NEWS AND ARTICLES IN YOUR INBOXPrint
A
A
Home | Mises Library | People Have More Money? Let’s Tax It! 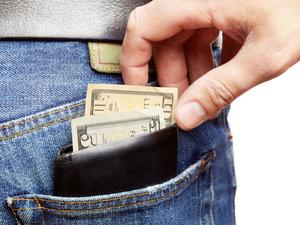 As highlighted by David Henderson and Peter Boettke, markets and competition are like weeds, not delicate flowers. Economies recover even from severe boom-bust episodes and despite growth-retarding regime uncertainty. Even burdensome regulation, per Pierre Lemieux, causes a “slow-motion collapse” or stagnation, not a crash. But one thing can be counted on, as innovation or recovery begin to deliver additional spending power to the productive class of the economy, the “unmet needs” crowd will just as quickly be out clamoring for a heightened government share of the ‘bounty’ for some imagined greater public good.

A recent example; an editorial, “Capitalize on low fuel prices by raising Colorado gas tax,” in the Denver Post emphasized that the currently low and expected-to-remain-low gasoline prices presents an excellent opportunity to painlessly raise the gasoline tax, if not at the Federal level — due to resistance of some to raise taxes — then at the state level. Like many who support big government, an extra dollar in a potential taxpayer’s pocket is much better spent by the enlightened elite.

The Post’s argument, reminded me of my second favorite passage from classic libertarian literature, Lysander Spooner’s comparison of the taxman to the highwayman. I say second because if I said favorite someone would remind me of Franz Oppenheimer’s and Murray Rothbard’s distinction between the political means (plunder, predation) and the economic means (voluntary production and exchange), or Bastiat’s numerous contributions such as The Law, “The Candlemakers’ Petition,” or “What is seen and what is unseen.”

The Post’s proposal would, as Spooner argues, have the government ride beside you as you drive while extolling how much you benefit from this ‘partnership’ all the while the government continues to pick your pocket. You will hardly notice, we’re told. It’s only pennies on the dollar! Who could possibly object besides Walter Block?

Lysander Spooner! Spooner very effectively refuted the contention that government and its taxes are akin to voluntary club membership for mutually beneficial gains as he compares the government to a highwayman.

The fact is that the government, like a highwayman, says to a man: Your money, or your life. And many, if not most, taxes are paid under the compulsion of that threat.

The government does not, indeed, waylay a man in a lonely place, spring upon him from the road side, and, holding a pistol to his head, proceed to rifle his pockets. But the robbery is none the less a robbery on that account; and it is far more dastardly and shameful.

The highwayman takes solely upon himself the responsibility, danger, and crime of his own act. He does not pretend that he has any rightful claim to your money, or that he intends to use it for your own benefit. He does not pretend to be anything but a robber. He has not acquired impudence enough to profess to be merely a “protector,” and that he takes men’s money against their will, merely to enable him to “protect” those infatuated travelers (sic), who feel perfectly able to protect themselves, or do not appreciate his peculiar system of protection. He is too sensible a man to make such professions as these.

Furthermore, having taken your money, he leaves you, as you wish him to do. He does not persist in following you on the road, against your will; assuming to be your rightful “sovereign,” on account of the “protection” he affords you. He does not keep “protecting” you, by commanding you to bow down and serve him; by requiring you to do this, and forbidding you to do that; by robbing you of more money as often as he finds it for his interest or pleasure to do so; and by branding you as a rebel, a traitor, and an enemy to your country, and shooting you down without mercy, if you dispute his authority, or resist his demands. He is too much of a gentleman to be guilty of such impostures, and insults, and villanies [sic] as these. In short, he does not, in addition to robbing you, attempt to make you either his dupe or his slave.

The proposal also illustrates the cost-benefit analysis of many proponents of government taxation and expenditure: any existing programs are more important than any new program. Never is there a need to re-prioritize. As new potential revenue sources become available or if the elite recognize unused tax potential, new government spending, always on an unmet need, is more beneficial than any spending by an actual earner on any private benefit.

Economic ignorance abounds. Resources are scarce. There are always competing ends and unmet needs. But in an unhampered market, a free economy, an unmet need is an end sacrificed, temporally set aside, as resources were used for higher valued uses.

Be on guard as these “impostures, and insults, and villanies” come to a country, state or local government near you.