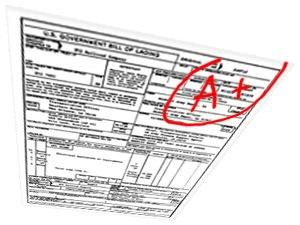 Free-market economists are quick to argue that government "services" are actually not helpful at all, or at least not as useful as services provided voluntarily in the private sector. Ironically, the standard economic critiques of drug prohibition and typical trade unions both rely on the assumption that government courts and police provide a net service.

In this article I'll solve the apparent paradox and show that the case for getting the government out of some areas doesn't require the government to have a monopoly in other areas (namely law and order).

In the typical free-market case for drug legalization, the economist will argue that prohibition causes unnecessary violence, since gangs battle with each other over turf and often kill innocent bystanders. The classic illustration of this phenomenon is the Prohibition-era gangland slayings in Chicago. Nowadays, it would be inconceivable that executives at rival beer companies would try to assassinate each other, but it made perfect sense for Al Capone to murder his competitors.

So far, so good. Yet when the economist tries to go beyond this general observation to explain why prohibition leads to violence, he often says something like this: "When alcohol or cocaine is illegal, sellers can't rely on the courts or police to protect their property. Consequently they have to arm themselves, and if someone rips them off they have to take matters into their own hands because calling the cops is out of the question."

Such an explanation might sound plausible to a classical liberal, who thinks the government does a good job providing judicial and enforcement services. But to a Rothbardian, who consistently says that a corrupt, power-hungry government can't run a police department any better than a car company, this standard arrow in the drug-legalization quiver should seem a bit odd. For it says that violence is caused by the government's inaction, by its refusal to use its monopoly more often. The obvious implication seems to be that if the police never answered anybody's calls for help, then society would crumble.

This diagnosis has things backwards. The reason drug prohibition wreaks havoc on social relations is that it introduces more intervention into the world — the problem is that the government is using its police and courts too much.

For example, consider an inner-city housing project where drug gangs apparently roam freely, selling on the street corners quite openly and spraying bullets into anyone with the wrong attitude. Most people would think, "This neighborhood is in anarchy! If only the callous police would be willing to roll up and enforce the laws. But alas, they are indifferent to the plight of this community."

Again, this diagnosis is backwards. The neighborhood is in such dire straits because the police operate there with impunity. If the police truly never enforced any laws in the area, then no one would have to worry about going to jail for dealing drugs. Outside companies could come in, set up shops with bulletproof windows and well-armed security guards, and sell cocaine and other drugs to the residents for a tiny fraction of the "street price." They would soon drive all the drug gangs out of business, as customers would flock to the professionally-run business for its low prices and the quality of its products.

Now, why doesn't this happen? Because if some businesspeople tried to actually implement the above plan, they would be shut down by the police. Grandmothers and church leaders would complain that a pharmacy can't sell cocaine to teenagers in broad daylight, and the police chief would agree. It wouldn't even occur to businesspeople to try the above because — duh — it would be highly illegal.

If a Chinese restaurant or a dry cleaner in a dangerous neighborhood is robbed, the police probably don't clock a lot of overtime on those cases either. Yet this doesn't lead to constant news accounts of violence in the dry-cleaning industry, or of people getting shot for their fortune cookies.

The reason is simple: Even though the police don't protect the merchants in dangerous neighborhoods, the police also don't harass them or worse yet, kidnap them at gunpoint and throw them in a cage for several years. That's the key difference between the two industries, and it explains why the industry targeted by armed government agents ends up becoming militarized itself.

We see a similar pattern when it comes to the typical free-market discussion of unions. In this case, the economist will usually explain that in a free society, workers can join unions, and employers can bargain with collective entities. However, unions would not have the power to compel nonmembers to be part of any collective agreement, and in particular they wouldn't have the legal power to use their picket signs to bash "scabs" over the head when they tried to go to work.

Just as with the standard argument over drug legalization, here too the free-market economist often gives the government far too much credit. The economist will usually say something like, "In modern times, the government has sided with the unions. Rather than intervening during a strike to protect the property of the factory owner and the bodies of the nonunion workers who are trying to cross the picket line, the police stand back and give their tacit permission to union thugs."

This too has things backwards. If the government really sat back and "did nothing" during a labor dispute, there would be no question of unions preventing "scabs" from taking the jobs of the striking workers. Companies would spring up to quickly deploy armed men with riot gear to such sites, and for a fee they would protect nonunion workers and disperse the protesting workers (with tear gas, etc.) very quickly.

Because employers would want to avoid bad publicity, the most successful companies providing this service would do so in a very humane way, without causing any injury to the protesting workers. It would be very bad for their business to break even one union member's arm, because then other employers would be looking to hire a different firm, one with a perfect safety record.

Again we must ask, why doesn't the free market provide such services, at least to the large companies, who could obviously afford them? It's certainly not the case that the United Auto Workers could beat the employees of, say, Blackwater in open battle. So why are the employers apparently so helpless in the face of striking workers who use violence and destroy company property?

The answer of course is that the government would not sit back and let nature run its course if employers behaved this way. If a factory owner tried to hire an outside firm to bring in "scabs" in armored personnel carriers, and then use tear gas and rubber bullets to disperse the protestors, the government would arrest everybody involved. You can't do that, it's illegal.

Once again we see that it's not government timidity, but government exercise of its monopoly on the legal use of force, that allows violence to run rampant during labor/management disputes.

Even free-market economists often have a blind spot when it comes to government provision of judicial and enforcement services. But even in these areas, monopolies by corrupt officials are a bad thing. The private sector could take care of itself if the government would just leave it alone.