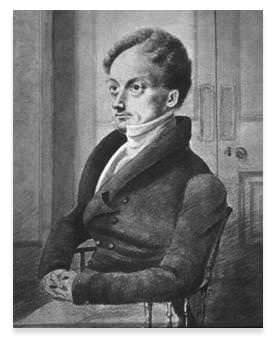 Tags History of the Austrian School of EconomicsPhilosophy and MethodologyProduction Theory

[This article is Professor Reisman's introduction to an excerpt from James Mill's pamphlet Commerce Defended, available in the Study Guide.]

James Mill (1773–1836) is perhaps best known as the father and educator of John Stuart Mill. He deserves to be remembered for much more, however. Not only was he an influential popularizer of the ideas of his friend, David Ricardo, but also, as appears from the excerpt here presented, an important economist in his own right.

What has come down to us as Say's Law may, perhaps with equal propriety, be called Mill's Law. In a letter to Mill, dated July 27, 1820, Ricardo refers to the doctrine that a general overproduction is impossible and that capital can never increase too rapidly, as "Say's and your doctrine of accumulation."1 And John Stuart Mill, in his discussion of the doctrine, states:

It is but justice to two eminent names to call attention to the fact, that the merit of having placed this most important point in its true light belongs principally, on the Continent, to the judicious J.B. Say, and in this country to Mr. [James] Mill; who (besides the conclusive exposition which he gave of the subject in his Elements of Political Economy) had set forth the correct doctrine with great force and clearness in an early pamphlet, called forth by a temporary controversy, and entitled Commerce Defended; the first of his writings which attained any celebrity, and which he prized more as having been his first introduction to the friendship of David Ricardo, the most valued and most intimate friendship of his life.2

Whether or not Mill arrived at his version of "Say's" Law independently of Say is unimportant. What is important is that his is by far the more consistent, the more forceful, and the clearer version. Moreover, the excerpt now presented, which consists of Chapters VI and VII of Commerce Defended, entitled respectively, "Consumption" and "Of the National Debt," is not confined exclusively to the overproduction fallacy, but is also and even more concerned with the companion fallacy of underconsumption. In the opinion of the Editor, it represents one of the most important contributions of the Classical School, and to this day, remains among the most advanced expositions of the theory of saving and capital formation to be found anywhere. A highly favorable opinion of this essay was shared by Mises and Hazlitt, both of whom personally expressed it to the Editor. Indeed, Hazlitt planned to include it in a new, enlarged edition of his Critics of Keynesian Economics.

One word of caution must be said. Commerce Defended was published in 1808, in reply to various articles by William Cobbett which had appeared in a publication of the day called the Political Register, and to a pamphlet by William Spence, entitled Britain Independent of Commerce. The only changes made to the text are to break up some of Mill's extremely long paragraphs and to modernize the spelling. Despite the modernization of spelling, some phrases may sound quaint to modern ears.

That the arguments of Mill are now 198 years old is true; but it does not follow that they are therefore false. One of the things the attentive reader will be shocked to discover as he proceeds, is that the doctrines which Mill attacks, and which, therefore, are older than his own, are precisely those which are today considered modern. If the reader ignores the occasional archaic expression, he may come to regard Mill as a revolutionary critic of contemporary economics.