Our Current Illusion of Prosperity 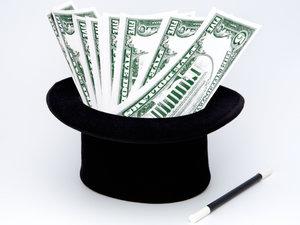 President Obama and Fed Chair Janet Yellen have been crowing about improving economic conditions in the US. Unemployment is down to 5.5 percent and growth in 2014 hit 2.2 percent.

Journalists and economists point to this improvement as proof that quantitative easing was effective.

Unfortunately, this latest boom is artificial and has been built by adding debt on top of debt. Total household debt increased 2.5 percent in 2014 — the highest level since 2010. Mortgage loans increased 1.5 percent, student loans 6.6 percent while auto loans increased a hefty 9.6 percent. The improving auto sales are built mostly on a bubble of sub-prime borrowers. Auto sales have been brisk because of a surge in loans to individuals with credit scores below 620. Since 2010, such loans have increased over 100 percent and have gone from 20 percent of originations in 2009 to 27 percent in 2013. Yet, auto loans to individuals with strong credit scores, above 760, have barely budged over the last year.

Subprime consumer borrowing climbed $189 billion in the first eleven months of 2014. Excluding home mortgages, this accounted for 41 percent of total consumer lending. This is exactly the kind of lending that got us into trouble less than a decade ago, and for many consumers, this will only end in tears.

But we need to ask ourselves: is the current boom built on sound foundations? In other words, do we have sharp increases in productivity or real wage growth?

Is the boom being built on broad base investment in plant and equipment? The current average age of working plants and equipment in the US is one of the oldest on record.

Meanwhile, it is now clear that the shale boom was an illusion of prosperity. Oil prices have dipped below $50 with some analysts calling for $20 oil by the end of the year. This is a drop from over $100 from last year. Many shale outfits need oil above $65 just to break even. Massive layoffs in the energy sector are now a certainty. Few realize that most of the gains in employment in the US since 2008 have been in shale states. Yet the carnage is not over. Induced by low interest, investment banks loaned over 1 trillion dollars to the energy industry. The impact on the financial sector is still to be felt.

There Has Not Been a True Home Price Correction

The same is true about current increases in housing prices and construction costs. Following the financial crisis of 2008, real estate prices should have dropped much more than they did relative to other prices. The new reality between supply and demand would have led to a price correction similar to the ones we see in oil prices today or to high-flying internet stocks after the dot-com bubble burst. Housing should then have remained in a slump possibly for a decade or more, until the overhang of empty residential and commercial real estate had been cleared off.

Today, housing is back, with price increases at bubble-era levels and construction activity is picking up. The improvement is being driven by professional investors stretching for yield in the buy-to-rent market and by historically low long-term mortgage rates of below 4 percent. Yet, the overhang of empty commercial properties from the previous boom has not disappeared. It has just been left in limbo, because of the “extend and pretend” strategy of banks made possible by the central bank’s massive printing over the last six years. The number of vacant units (table 7) in the US still stands at over 18 million units — a level reached back in 2008–2009. As of 2014, the number of units held off the market was still at a record level of over 7 million units.

Will Easy Money Fix Everything?

Current policy coming from the fed seems to be geared to create a never-ending series of booms and busts, with the hope that the busts can be shortened with more debt and easy money.

Yet one major driver behind the financial crisis in 2008 was too much debt — much of which led to taxpayer-funded bailouts. In spite of this, the best the Fed can come up with now is to lower interest rates to boost demand to induce households and governments to borrow even more.

Interfering with interest rates, however, is by far the most damaging policy. The economy is not a car, and interest rates are not the gas petal. Interest rates play a critical role in aligning output with society’s demand across time. Fiddling with them only creates an ever-growing misalignment between demand and supply across time requiring an ever larger and more painful adjustment.