The Origin of Markets and Money 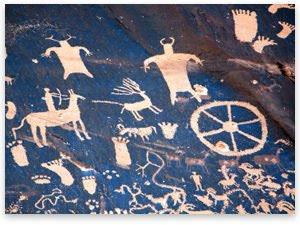 Austrian economists have been prominent in developing the economic theory of money ever since Carl Menger wrote an acclaimed and still-read essay in 1892 on how moneys emerge: The Origins of Money (see also the chapter on money in Menger's exceptional treatise Principles of Economics, chapter VIII). Wieser further developed the theory by showing that the value of money today depends on the valuation of money and goods yesterday. And Mises completed the economic theory of the existence and function of money in Theory of Money and Credit.

Menger discusses how true money emerges as a consequence of economic actors being better off using a medium of exchange than engaging in direct barter. In other words, the chicken farmer does not have to gather a thousand eggs in order to purchase a boat from the boat builder. (And it probably would be difficult to find a boat builder interested in a thousand fresh eggs anyway.) A widely accepted medium of exchange facilitates extensive trade and allows the economy to evolve and grow through intensified divisions of labor.

The problem is that Menger's theory, which is unquestionably both logically stringent and likely historically accurate, assumes a certain degree of specialization. Mises showed that the division of labor is made possible because individuals have both understood and cooperated in focusing and dividing their job tasks, thereby increasing productivity. Division of labor and specialization happen because you and I talk about it and understand that we are both better off if I focus on producing fishing nets while you use those nets to catch fish. This arrangement is much more productive than if both of us produce nets and act as fishermen.

Hayek held a different view and regarded the division of labor as something that occurred "spontaneously" and quite unconsciously. Humanity came to embrace an intensive division of labor and complex production structures as the result of chance — all groups of individuals who did not have the good fortune to stumble across comparatively productive methods simply died out. Adam Smith was of a similar opinion:

The division of labour, from which so many advantages are derived, is not originally the effect of any human wisdom, which foresees and intends that general opulence to which it gives occasion. It is the necessary, though very slow and gradual consequence of a certain propensity in human nature which has in view no such extensive utility; the propensity to truck, barter, and exchange one thing for another. (Wealth of Nations, chapter 2)

But how does such specialization, which facilitates a division of labor and increased productivity, occur? The answer is not obvious if, as a point of departure, we adopt some kind of state of nature. If we are all Rousseau-like "noble savages" there are no incentives to specialize. Granted, a savage or two may be fortunate enough to once in a while kill a moose or stumble on an area with lots of ripe fruit, but these things cannot be saved and used as investment to produce goods that one can offer others in trade. We can imagine such a fortunate but lone hunter-gatherer wielding off starvation for a few days, possibly getting a little rest, or even finding time to do some minor repairs of his loincloth or primordial spear. But there is no way of engaging in specialization or a division of labor in this primitive state. Yet both are prerequisites for trade — not to mention money — to occur.

We can here identify an obvious problem in the Mengerian and Misesian theory of money. No such problem exists, of course, if we assume that Hayek and Smith are right — but then all such developments are by chance only. It follows that money as Mises defined it and the structure of our modern markets would have no theoretical significance, since we could as easily have stumbled on something very different. There would be no way of saying which is better, except that whatever exists is the "best" (most survivors) we happened to find. This is hardly a theoretically viable argument.

We must therefore take Mises's position of the conscious rational actor, who understands that he will be better off cooperating with others.

It is an intuitive and a rather small step to take. And the further step from conscious and purposeful cooperation to formal division of labor is equally small. Individuals who understand that they are better off in social cooperation soon realize that they are even better off if they divide the necessary tasks among themselves instead of having everybody do everything.

But accepting Mises's position has consequences for how we must view the market and economic theory. We can no longer assume that "in the beginning" there were markets with trade between self-sufficient individuals (as, e.g., Ronald Coase and Oliver Williamson assume). Where would such markets come from? It is much more likely that George Stigler was right in theorizing that (factor) markets emerge from integrated production processes.

Although this is hardly a revolutionary conclusion from a point of view of the evolution of society (especially considering that most of us probably have an image of Stone Age man living in tribes rather than lone savages roaming the forests), it offers an interesting perspective to economic theory. The market no longer appears as the original situation but is rather a more modern phenomenon — and a more advanced and efficient solution to social cooperation than central planning and control exercised from above.

In essence, the market and capitalism appear as superior and much more highly developed social structures or societies than socialism. This is not in the sense that socialism necessarily degenerates into barbarism and the abolition of civilization (which is nevertheless likely if adopted in modern society), but in the sense that socialist organization was a precondition to the better, more productive, and prosperous society. Modern man evolved out of socialism in order to become extraordinary, create wealth and prosperity, and found great civilizations.

Thanks to cooperation in groups, people could realize that it was more productive to focus their workforce on individual tasks and then to exchange goods and values with each other. Thus, from Stone Age socialism there emerges a higher form of society and prosperity based on property rights and the division of labor. For it is not possible to exchange goods if you do not first own them — and it is not possible to divide production into separate tasks without first being able to exchange property with others in a civilized and respectable manner.

It therefore seems that Marx was right, in a sense, because society has evolved in a certain direction — and this is in accordance with man's nature and creative genius. And this trend entails consistent development toward a society with greater access to goods and increased satisfaction of individuals' needs and wants.

It is not a development that leads to universal socialism, which requires the abolition of scarcity (a physical impossibility), but quite the opposite: modern man emerged out of socialist misery, because he understood the benefits of property rights and trade.

Menger's narrative of how money originates is therefore explained: money emerges from a people who have already invented property rights and who are already engaged in trade and specialization. Money is thus the "next step" in man's civilization process, leading to reduced transaction costs in an already-existing market — thereby increasing general prosperity. It is in this context that the firm, as pointed out earlier, plays an important role: it contributes to the progress of society by creating "islands" of specialization where entrepreneurs and workers, in cooperation, can experiment and develop more-profitable production processes, and thus lead the market process to even higher productivity and greater prosperity.