GET NEWS AND ARTICLES IN YOUR INBOXPrint
A
A
Home | Mises Library | Nullification: What You'll Never Learn in School 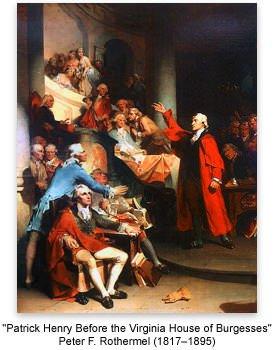 Having just finished a course on the New Deal for the Mises Academy, I'm now offering one on state nullification, the subject of my most recent book. I thought my New Deal course covered issues and sources left out of the typical classroom, but in that respect this course has that one beat.

Nullification is the Jeffersonian idea that the states of the American Union must judge the constitutionality of the acts of their agent, the federal government, since no impartial arbiter between them exists. When the federal government exercises a particularly dangerous power not delegated to it, the states must refuse to allow its enforcement within their borders.

I can hear people saying that such a response doesn't go nearly far enough. No argument there. The trouble with nullification is not that it is too "extreme," as the enforcers of opinion would say, but that it is too timid. But it gets people thinking in terms of resistance, which has to be a good thing, and it defies the unexamined premise of the entire political spectrum, according to which society must be organized with a single, irresistible power center issuing infallible commands from the top.

The course, Nullification: A Jeffersonian Bulwark Against Tyranny, will cover the basics, to be sure, and after the first week everyone will be well-grounded in the relevant issues. But then I want to dig into the primary sources. I want to examine the long-forgotten debates on this subject in detail. In particular, we'll study the exchanges between Daniel Webster and Robert Hayne, Andrew Jackson and Littleton Waller Tazewell, and Joseph Story and Abel Upshur.

Hardly anyone, including graduate students in American history, has actually read these texts as opposed to just knowing of their existence — and if my own experience at Columbia University is any indication, even that is more than some grad students know.

The various commissars who have taken it upon themselves to ensure that no one strays from officially approved opinion — or to appropriately scold anyone who in fact does so — have become apoplectic at the return of nullification. I confess to taking mischievous delight in this. They are accustomed to setting the terms of debate. They are not used to seeing people promote ideas of their own.

And the commissars have not read these sources, either. But you will. You will know the arguments of both sides inside and out.

You will also enjoy the discussions that ensue at the end of each lecture. You can sign off whenever you like, of course, but during the course I just completed on the New Deal I stayed around for an hour and a half to two extra hours answering questions and directing discussion, and then shooting the breeze about anything people wanted to discuss. We had a great time. As always, the lectures are available for viewing, along with a full transcript of the chat box, for people who cannot watch them live.

I understand the impatience that many of us feel regarding nullification, particularly the complaints that

These criticisms are by no means misplaced. But nullification remains a useful quiver in the liberty arsenal all the same. As I've said, it gets people thinking in healthy ways. And it can be employed for good purposes, as when the Principles of '98 (as the ideas culminating in nullification came to be known) were cited on behalf of free speech and free trade, and against unconstitutional searches and seizures, military conscription, and fugitive-slave laws. In our own day, Janet Napolitano said the reason the Real ID Act failed was that the states refused to cooperate in its enforcement.

And the states are indeed rotten, too — which is why we may as well put them to some good use by pursuing nullification. Liberty is more likely to have room to flourish in a world of many competing jurisdictions rather than under a single, irresistible jurisdiction.

In short, this course will introduce you to a chapter of American history that has fallen down the memory hole but which is much too interesting and valuable to leave down there. In the process of pulling it out, you'll acquire a much deeper understanding of American history.

I hope you'll join me.

Here is the Mises Institute's Jeffrey Tucker interviewing me on the subject:

(You can also watch this video on YouTube.)
Author: