Myths of the Mixed Economy 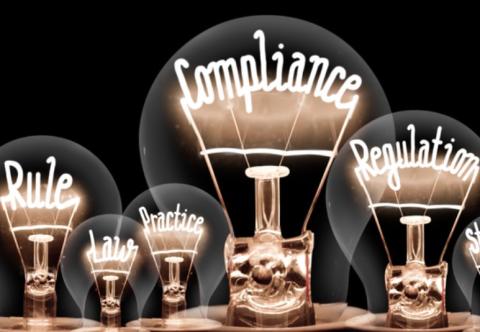 The planned economy was all the rage in 1937, when Prentice-Hall published a 1,000-page tome on The Planned Society: Yesterday, Today, Tomorrow: A Symposium by Thirty-Five Economists, Sociologists, and Statesmen. The "question that confronts us today is not if we shall plan, but how we shall plan," wrote Lewis Mumford in the Foreword. All the contributors—Keynesian, socialist, communist, and fascist—agreed with that point, including such luminaries as Sidney Hook, Benito Mussolini, and Joseph Stalin.

But the book was honest. It linked Stalin and Keynes, fascism and the New Deal. The plans were not identical, of course, but all agreed on government "rationality" as versus the "chaos" of the free market.

Most of the authors advocated the "mixed economy," Mises's name for an admixture of capitalism and socialism. Such a combination, he showed, is necessarily unstable, and our own mixed economy is tilting towards statism, with such regulatory disasters in the last few years as the Clean Air Act, the Americans With Disabilities Act, and the Civil Rights Act.

Today, no part of the economy is left untouched by the President's budget and the swarm of regulatory agencies. Buttressed by most of the economics profession, the regulatory state today rules and ruins America. Communism lost, but social democracy won.

In the American mixed economy, it is the job of the planner to: ensure "full employment" (as federal policies create joblessness); encourage technological innovation (not through markets, but through subsidies); ensure a "fair" distribution of wealth (rewarding parasites and punishing the productive); manage international trade (though it needs no more management than domestic trade); and keep "public goods" out of private hands (even though public ownership must always be less efficient than private).

The planner has taboos as well. He must never mention private property, praise the coordinative function of prices, criticize pressure groups unless they're anti-big-government, be cynical about the uses of power, call for a tax cut, or identify the real source of prosperity as the free market.

Charles Schultze, President Carter's chairman of the Council of Economic Advisers, adheres to these rules and taboos in his book and "guide to macroeconomics" Memos to the President. He sets out these rules for every policymaker to follow in the future.

In the entire work, he has not one good word to say about the market, private property, or the price system. His central assumption is that the government must manage the economy to prosperity. According to Schultze, we should believe that: the Federal Reserve protects the dollar, when our money has lost 94% of its value since the Fed was established; the Fed can cure business cycles, when every decade or so, it causes a serious economic setback; the government can create full employment, even as it causes unemployment with such welfare measures as the minimum wage and civil rights; the government can develop new technologies, even though bureaucracy is a proven technology killer; we can trust the government to improve our standard of living, though our standard of living has fallen for nearly twenty years; the government protects us from monopolistic capitalists, even while government creates and sustains destructive monopolies from the post office to the schools; regulatory agencies do protect us from dirty air, unsafe drugs, and lead poisoning, while everywhere government is biggest, from Moscow to D.C., life is dirty and unsafe.

Naturally, mainstream economists—the useful idiots of the interventionist state—advise presidents on economic policy. Today, these economic planners see their primary task as "keeping supply and demand in balance." That doesn't mean allowing the market to work, of course, but rather pushing and releasing buttons on the planning machine.

There are two views on how to do this, one mainstream and one rival. The mainstream view says that a decrease in overall demand causes economic downturns, and so demand should be increased by government spending and money creation. This is supposed to make up for the deficiencies of the private sector.

The rival view says declines are caused by a fall in overall supply, caused by any number of factors, including an irrational fear of investment. So, boosting overall demand through spending or inflation only exacerbates the troubles.

The second view has better policy implications, but both are misguided. They assumed that there is something called overall demand conglomerating the values of consumers and producers alike. This obscures the real economy.

The obscurantist aggregations don't stop with "supply" and "demand." The planners also discuss such categories as capital and investment as if they were homogeneous, representing these very diverse groupings as single letters in their macroeconomic models.

Both views also assume that government managers are smarter than the market. Imagine that you had to plan the household finances of your next-door neighbor, with little or no information about their income, tastes, and talents, all of which can and do change. Yet the planners have been trying to do this for decades, to the entire economy.

To explain their way out of this problem, the planners separate the "micro" economy from the "macro" and claim the decisions of individuals have nothing to do with the overall picture. It's true that no one individual can, for example, change the net rate of savings in the economy, but there would be no net rate of savings without individual decisions.

It is out of the millions of decisions of real people that the economy is created, and it is the job of the economist to understand and explain how that happens, not to encumber it.

If there is a chicken plague, the price of eggs will soar. The consumer doesn't have to read the "Chicken Health Update" to know that he should economize on eggs. The price tells him that, and he can then look for substitutes.

Conversely, if Frank Perdue genetically engineers a superchicken that lays many more eggs than the normal bird, the price of eggs will plummet. But the consumer doesn't need to read "Techno-Poultry Weekly" to know that. He need only look at the price.

In a free market, there is no need for planners to bring supply and demand into line. The daily transactions of millions of consumers do so, leavened by the risk-bearing entrepreneurs. It is the mixed economy itself that creates the demand for economic planners to run it. Massive deficits destabilize the economy, leading to calls for government to stabilize it.

The "entitlement" programs are interventions as well. Government spending may increase the demand for some goods and services, but it drains resources from the private economy just as surely as taxes. Yet the "opportunity costs" of confiscating these resources never factor into the planners' models.

How much does the mixed economy cost us? We can't know. Despite the well-intentioned attempts of some economists to figure it out, no one can know the effects of technologies never created; firms never started; people never hired; others hired by government fiat; central bank–created recessions; and higher prices from taxes, regulations, and government-generated demand. We can only know that the effect is gigantic, harmful, and growing.

Government intervention can be criticized on a number of other grounds that the mixed-economy planners do not mention:

Second, the market can sometimes anticipate the planners, negating the effects of government action. If the Federal Reserve increases the money supply, the market can take account of the likely inflationary effects and prices will rise sooner and higher than the managers thought.

Fourth, intervention distorts the price system and the interest rate, which work to coordinate the use of resources. Price controls and regulations cause misallocation, and Fed-lowered interest rates cause businessmen to make bad investments.

Fifth, intervention undermines the division of labor, preventing people from doing the tasks they are most suited for because regulation prevents employers from hiring on merit.

If the mixed economy is such a disaster, why do we have one? Because it enables the well-connected to loot the rest of us in a social democracy disguised as "democratic capitalism." To get away with the looting, the mixed-economy state attacks all countervailing institutions: families, neighborhoods, businesses, private schools, and charitable and religious organizations. The result is the barbarism and increasing poverty we see all around us.

The Planned Society didn't mention that, but it is the inevitable outcome of what it recommended, and what the U.S. government practiced in 1937, and today.