The Myth of Price Stability 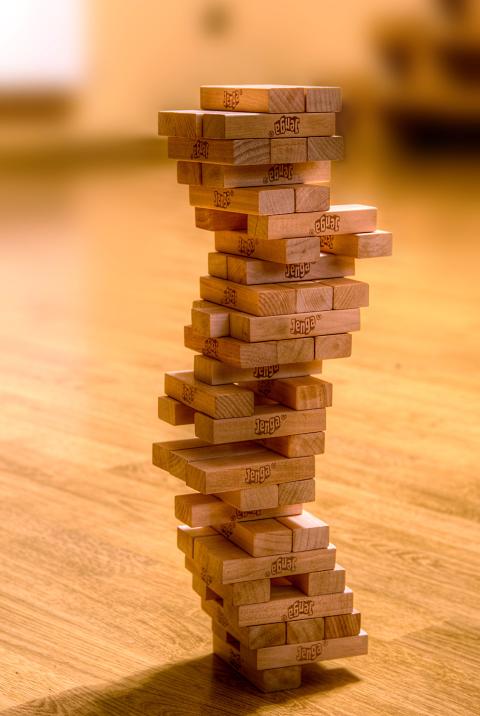 There is almost complete unanimity among economists that the most important role of the central bank is to attain price level stability. It is held that price stability promotes economic growth and people's well being by increasing the efficiency of the market mechanism. According to the President of the Federal Reserve Bank of New York, William J. McDonough, "Over the long run, price stability is the one sustainable contribution monetary policy can make to growth. This applies to all countries."2

In other words, in the popular view, price level stability is the key to economic growth and prosperity.

According to the popular way of thinking, a policy of price stability enhances the transparency of the relative changes in the prices of goods and services and this in turn contributes to the efficient allocation of resources. For instance, let's say that the price of tomatoes increases relative to potatoes. On the one hand, this relative price increase gives impetus to businesses to increase the production of tomatoes versus potatoes by attracting more tomato growers. On the other hand, the relative price change will provide consumers with a greater incentive to buy potatoes. By being able to observe and respond to market signals as conveyed by changes in relative prices, consumers and businesses generate an efficient allocation of resources.

In the conventional view, so long as inflation—which is defined as increases in the price level—is stable and predictable, both consumers and producers can identify changes in relative prices and thus maintain the efficient allocation of resources intact. However, when inflation is unexpected it makes it so much harder for people to distinguish between relative price changes and changes in prices that are associated with inflation, i.e. changes in the price level. This in turn leads to a misallocation of resources and to the loss of real wealth. It follows then that a central bank policy of stabilizing the changes of the price level could be instrumental in promoting economic prosperity.

The popular way of thinking maintains that the policy of price stability doesn't always imply that the central bank must fight inflation. It is also the role of the central bank to prevent large falls in the rate of inflation, or an outright decline in the general price level. Why is that so? Because it is held that a fall in the price level, i.e. deflation, postpones consumer and business expenditure thereby paralyzing economic activity. Moreover a fall in inflation raises real interest rates and thereby further weakens the economy. Additionally, as expenditure weakens this further raises unutilized capacity and puts further downward pressure on the price level. Most economists are of the view that it is much harder for the central bank to handle deflation than inflation.

Likewise, when the rate of inflation is very low it can also create problems. Suppose that on account of weak aggregate demand inflation has fallen from 2% to 1%. Within this set-up the central bank can only target a real interest rate of -1%.  It cannot aim at a lower real interest rate since this would imply setting nominal interest rate below zero.

As the economy weakens further and inflation falls to 0.5%, this will not allow the central bank to target real interest rates to below –0.5%. In short one can see that deflation, or low inflation, reduces a central bank's flexibility in reviving the economy. Hence the policy of price stability must aim at a certain level of inflation which will give the central bank the flexibility to keep the economy moving along the growth path of economic prosperity and prevent it ever falling into a deflationary black hole.

So what should this level of inflation be? Some experts are of the view that 2% to 3% is the best range. Some other experts are of the view that the range should be between 1% and 2%. The essence of all this is that a little bit of inflation is a must in order to have economic prosperity and stability. In short, the inflationary buffer must be big enough to enable the Fed to maneuver the economy away from the danger of deflation, or so it is held.

Why the policy of price stability leads to more instability

At the root of price stabalization policies is a view that money is neutral. Changes in money only have an effect on the price level while having no affect whatsoever on the real economy. In this way of thinking, changes in the relative prices of goods and services are established without the aid of money. For instance, if one apple exchanges for two potatoes then the price of an apple is two potatoes, or the price of one potato is half an apple. Now, if one apple exchanges for one dollar then it follows that the price of a potato is $0.5. Note that the introduction of money doesn't alter the fact that the relative price of potatoes versus apples is 2:1 (two-to-one). Thus a seller of an apple will get for it one dollar, which in turn will enable him to purchase two potatoes. Money therefore appears to be just a mere numeraire.

In this way of thinking, an increase in the quantity of money leads to a proportionate fall in its purchasing power, i.e. a rise in the price level, while a fall in the quantity of money will result in a proportionate increase in the purchasing power of money, i.e. a fall in the price level. All this however, will not alter the fact that one apple will be exchanged for two potatoes, all other things being equal.

Let us assume that the amount of money has doubled and as a result the purchasing power of money has halved, or the price level has doubled. This means that now one apple could be exchanged for $2 while one potato for $1. Note that despite the doubling in prices, a seller of an apple with the obtained $2 will still be able to purchase two potatoes.

Furthermore, when new money is injected there are always first recipients of the newly injected money who benefit from this injection. The first recipients with more money at their disposal can now acquire a greater amount of goods while prices of these goods are still unchanged. As money starts to move around, the prices of goods begin to rise. Consequently the late receiver benefits to a lesser extent from monetary injections or may even find that most prices have risen so much that they can now afford less goods.

In short, increases in money supply lead to a redistribution of real wealth from later recipients, or nonrecipients of money to the earlier recipients. Obviously this shift in real wealth alters individuals' demands for goods and services and in turn alters the relative prices of goods and services. Changes in money supply set in motion new dynamics that give rise to changes in demands for goods and to changes in their relative prices.

According to Rothbard, "Even if all the prices in the array had risen we would not know by how much the PPM (purchasing power of money) had fallen, and we would not know how much of the change was due to an increase in the demand for money and how much to changes in stocks."3

The implementation of a policy of stabilizing prices will lead to overproduction of some goods and underproduction of some other goods. This is, however, not what the stabilizers are telling us. For they believe that the greatest merit of stabilizing changes in the price level is that it allows free and transparent fluctuations in the relative prices, which in turn leads to the efficient allocation of scarce resources. 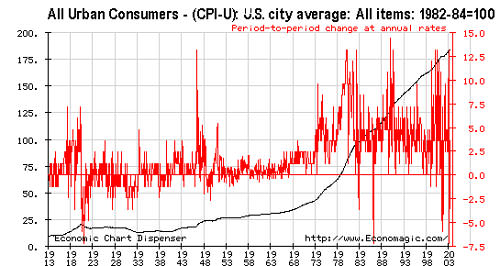 Since it is not possible to isolate the monetary effect on individual prices of goods, obviously then the whole idea that one can measure and somehow stabilize the price level is preposterous.

Furthermore, the whole idea of the general purchasing power of money and hence the price level cannot be even established conceptually. Here is why.

On this Rothbard wrote, "Since the general exchange-value, or PPM, of money cannot be quantitatively defined and isolated in any historical situation, and its changes cannot be defined or measured, it is obvious that it cannot be kept stable. If we do not know what something is, we cannot very well act to keep it constant."4

The popular notion that the central bank can implement a policy of price stability by stabilizing changes in a price index like the consumer price index is therefore erroneous. The construction of price indices is an attempt at the impossible mission of establishing a nonexistent price level.5

The policy of price stability is therefore a policy of stabilizing an arbitrary price index, which supposedly represents the price level. This type of policy destabilizes businesses and weakens the generation of wealth.

In his book America's Great Depression, Murray Rothbard argued that one of the reason's that most economists of the 1920's did not recognize the existence of an inflationary problem was the widespread adoption of a stable price level as the goal and criterion for monetary policy.

Rothbard wrote, "Far less controversial is the fact that more and more economists came to consider a stable price level as the major goal of monetary policy. The fact that general prices were more or less stable during the 1920's told most economists that there was no inflationary threat, and therefore the events of the great depression caught them completely unaware."6

It is not surprising that economists in the 1920's misread the economic scene. Rather than regarding inflation as money and credit generated out of "thin air," economists viewed inflation as rises in the mythical price level depicted by increases in the consumer price index. Given the fact that present day economists are following exactly the same line of thinking it is quite likely that the Fed's policy of price stability may catch economists again unaware of the damage inflicted by this policy.