The Myth of Market Failure 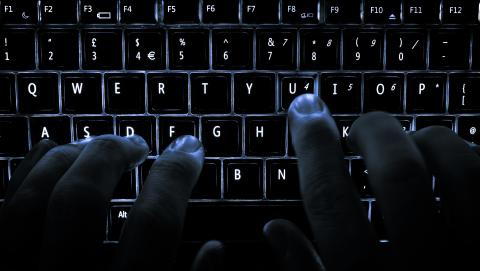 I receive many emails commenting on my articles that appear on Mises.org, and 99 percent of them are thoughtful comments or rebukes. The other 1 percent sound something like this one (in response to my article "Enron’s Long Shadow"):

Sir,
I am astonished and disgusted with your mischaracterization of the California energy market and Enron’s criminal participation. Have you no shame? Have you read the Powers Report? Even the company admits to wrongdoing. How can you possibly print/post such disingenuous lies? Shame on you.

Ouch. My first thought after reading this was that I needed to find my confessor immediately, but then I remembered the implicit rule in respect to emails that border on ad hominem: Ignore them. Although this typically is a good rule, I decided to respond to this one. After all, I have invested much time studying the Enron saga, and I wanted to be sure that I was not misleading or unclear. So I responded:

Can you point out one lie, disingenuous or otherwise, in my article?

There is an obvious difference between Enron’s wrongdoing and the way that politicians are manipulating the Enron debacle to further their own agendas, which is the point of ["Enron’s Long Shadow"]. If you doubt my belief that Enron was run by a bunch of criminals, then read the academic article linked at the bottom of my most recent piece, as well as my original Enron article on Mises.org

I hate to be the one to inform you that this issue is slightly more complex than Katie Couric lets on.

Thankfully, my email friend’s response did nothing but assure me that the standards for disingenuous lying have fallen in recent years, since it was obvious that he could not reply to my request for evidence of distortion on my part. This was his response:

Thanks for your reply. I’m quite surprised you would take the time, inasmuch as you and I will never see the rape of California’s energy market through the same prism.

Re: Can you point out one lie, disingenuous or otherwise, in my article? Yes, one example of disingenuousness with which I am quite familiar regards the creation of AB 1890 in 1996. You state: "It is important not to lose sight that the energy crisis in the state was created by the state itself."

This completely mischaracterizes the legislative process by which the energy crisis was created. Present at the negotiating table were State Senator Steve Peace (D-San Diego), a handful of other elected representatives, lobbyists for the electrical utilities (PG&E, SDGE, SCE, etc.) who were adamant on being compensated for stranded costs, lobbyists for the largest industrial users of electricity in California, and lobbyists representing the interests of the power traders. Specifically excluded from a place at the table were any representatives of consumer advocacy groups, such as TURN (Toward Utility Rate Normalization), or other watchdog organizations. This was reported quite thoroughly in The Bay Guardian, among other publications at the time. The abomination that got created as AB 1890 was the result of active deception on the part of industry lobbyists during these negotiations. You only need to contact Sen. Peace to find out that he feels thoroughly betrayed by the industry that he was attempting to help modernize. The monster that was created was the result of active fraud by the industry. The state could well be considered complicitous [sic] and naïve, but the state was hardly the creator of the mess we are now in.

I believe that is enough for now. As to your comment about Katie Couric, you are absolutely correct. That’s why I’ve watched every congressional hearing on C-SPAN, and follow this issue extremely closely in the press.

Emails such as this reflect why I am attracted to the study of the Enron case. Its story provides what academics call "teaching moments," by creating opportunities to explain how economic theory can explain the outcome of state involvement in market processes. Interventionism often results in failures such as Enron’s, and lessons learned by studying it may help avoid similar problems in the future with firms like Fannie Mae and Freddie Mac in the housing and mortgage industries.

I wrote back what I thought was a cordial response:

Rest assured that I do not think you are a simpleton on this matter, and that I agree with you that we would not see this issue through the same prism. After all, a prism requires light, which is more likely to be generated back here in Alabama than over in your neck of the woods.

However, I must say that I do not get your point about where I have been misleading. There is no question that energy firms were invited by the state to influence California’s deregulation, that this influence came at a price (wealth transfers to politicians), and that firms would be expected to influence the final regulatory product to their best interests.

But in the end, it is the state [of California] that is ultimately responsible. It is the body that has the final say on the pricing schemes employed, and so it is to blame for problems that always result from price controls. If electrical utilities were calling the shots, then why would Californians need a state government in the first place?

And frankly, it doesn’t matter what environmental groups are offered "a place at the table," as you put it. The same results would have occurred if price caps were a part of the final product. Besides needlessly causing shortages, state-imposed price caps will always create pressure within markets to bring prices up to market levels.  This occurs whether the market is gasoline in the 1970s or electricity in the 2000s.  The state of California brought this about, not PG&E.

I will not say you are disingenuous to argue otherwise, but I will say that my position is closer to the truth than yours. Electricity providers cannot force a regulatory regime on politicians. Indeed, it is the other way around.

The response I received was, well, what word is the opposite of gracious? It was filled with invectives, expletives, and a dash of anti-Southern sentiments thrown in for good measure, making me regret my willingness to engage my correspondent in dialogue in the first place. Though I won’t reproduce it here, the response was filled with shock that any thinking person would question the fact of market failure and the need for the government to manage the greed-driven private sector to prevent even more Enrons.

But thinking people must know that that market success--characterized by stable and sustainable growth levels, generally falling price levels, and increasing real incomes--is the norm in the absence of state intervention. This can be shown empirically in the U.S. by comparing the performance of the economy in the 60 years prior to the Great Depression (an era of small government) to the 60 years following it (an era of big government).

To be sure, price inflations, financial panics, or labor crises occurred prior to 1929, but they were routinely short-lived phenomena whose damage was minimized by adjustments in the goods, labor, and money markets. You would be hard-pressed to find a 19th-century financial panic that lasted as long as the current recession, or a 19th-century firm that grew as corrupt as Enron without protection offered to it by the state.

Yet, the idea that markets fail is strongly engrained in the American psyche. This is the dominant theme of any high school civics class, the subject of numerous Hollywood movies, and, yes, it is even the preferred slant of any economics discussion on The Today Show. This message of market failure teaches that Enron's excesses were the rule, not the exception, of the market order, and that governments only fail when they do not intervene quickly or forcefully enough. My email friend simply repeated the arguments I hear at the beginning of every semester’s Principles of Economics classes.

But it isn't so. The government's record of stewardship over the American economy is miserable. The business cycle is more pronounced, characterized by unsustainable booms followed by longer-lasting busts. College graduates entering the job market require twice the incomes that their parents did in order to maintain parity with them in real terms. The state’s approved currency loses value by the hour, while its spending and taxing schemes pit politically privileged groups against the unprivileged. Given this track record, anyone who continuously defends state interventionism on empirical grounds should be challenged.

Besides, confronting the anti-capitalist mentality is easier when so many have access to email. It is time to expose of the myth of market failure and point out that government intervention in the market process is the greatest source of instability in society today.

In fact, failure to do so might be considered disingenuous.