The Real Scandal of Enron 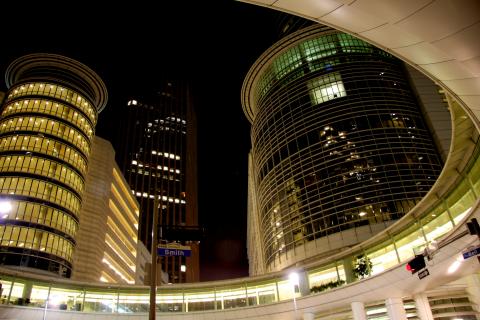 In the latest issue of The New Republic magazine, Peter Eavis calls Enron "a uniquely bad company," and I agree with him.  From everything I have read, I think that its upper management was comprised of a smarmy group of individuals, many of whom may find themselves in one of those country-club jailhouses in the not-too-distant future.

But it would be wrong to read much more into this tragic event or to consider it an example of market failure.  Enron enjoyed enormous growth in the latter half of the 1990s, fulfilling a need for middlemen in utility markets that naturally arose following electricity deregulation.

When it matured as a company and its revenues slowed to merely average following the end of the tech boom, it did what many firms do when profit margins narrow and market analysts' projections come down to earth:  It panicked and took on riskier investments to cover for inevitable losses.  The Sunbeam Corp. was caught doing this a few years ago, as were Cendant and Tyco.  Needless to say, such strategies rarely work, and markets do not reward them.

A much better strategy for firms that find themselves in Enron's position is to be forthright in financial statements and to make organizational adjustments as necessary to give shareholders faith in the possibility for future earnings.  Markets will reward such a strategy that complies not only with sound financial principles, but with moral ones as well.

For instance, lost in the Enron-dominated news cycle of the last two weeks were items about two other firms that I think will be around for a while.  First, Amazon.com reported its first quarterly profit for the fourth quarter of 2001.  Most people are surprised to learn that this most popular Internet retailer has consistently earned losses since first going public in 1995.  Yet investors have constantly (and voluntarily) pumped capital at Amazon in anticipation that, at some time in the future, a profit will be made.

Admittedly, Amazon.com could not go on forever without earning a profit, but as long as investors liked the company and believed in its eventual profitability, they were willing to maintain faith in it.  Amazon's honesty with its investors over the years, even about some of its clumsier ventures, has been essential for investors to maintain their faith in the company.

Second, Kmart, the ugly stepchild of the retail industry, filed for Chapter 11 bankruptcy around the same time.  Kmart's board of directors decided to take advantage of this legal status to make adjustments it couldn't make while maintaining commitments to creditors.  It will shut down unprofitable stores and contemplate how to revamp its image as a 1970s-era retailer.

Investors, and even Martha Stewart, appear to be staying with the company, displaying faith in the ability of its board to transform the firm into a modern retailer and to assure some level of future profitability.  Instead of Enron-ing its image or financial statements, Kmart was forthcoming with investors and chose a painful but tested long-term strategy for success.

It's tempting for any firm to assume riskier ventures to cover for structural deficiencies in its business plan.  Firms cannot pursue this strategy indefinitely, however, and markets always punish this behavior. As Holman Jenkins noted in an insightful Wall Street Journal piece a fortnight ago, markets will punish this behavior whether or not it is glossed over in the federally mandated annual audits of public companies.

In fact, as with much government regulation, these laws have created perverse incentives for accounting firms to avoid highlighting any financial problems, while complying with the letter of the law, so as to maintain their lucrative professional relationships with public companies.  Jenkins notes that Arthur Andersen's missing Enron-related emails "may well contain a record of Andersen wringing its hands hopelessly over this dilemma, as accounting firms have done since time immemorial."

What makes Enron unique, however, was its close ties to the political class and the desire of many in the media to identify what they considered to be Bush's Whitewater scandal. Far from an example of a market failure, Enron's saga shows that firms which invest too much in politics can easily become complacent in the face of changing market conditions.  In economics, this is called government failure, and we can blame the growing requirement for firms to divert resources to grease palms in Washington as a necessary business investment for its occurrence.

If there's a scandal to be found in the Enron debacle, it is this: Enron's faith that its political investments would eventually solve its problems caused it to avoid making necessary changes in its organization until it was too late.  Anyone who checks Enron's stock price, now listed on one of the penny stock exchanges, knows that the market has penalized this strategy. Amazon.com and Kmart also faced adversity, and better lessons can be learned from their response to it.