GET NEWS AND ARTICLES IN YOUR INBOXPrint
A
A
Home | Mises Library | Murphy on Man, Economy, and State

Murphy on Man, Economy, and State 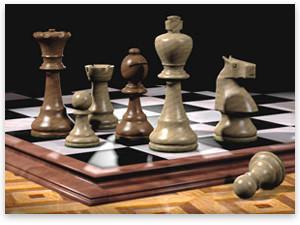 I highly recommend Robert Murphy's insightful evaluation of Murray Rothbard's Man, Economy, and State (MES) on the 50th anniversary of its publication. Murphy is one of the few commentators to recognize that one of Rothbard's central contributions in MES was the complete reconstruction of neoclassical production theory. Indeed 5 of the 12 chapters in Rothbard's treatise are devoted to production theory. Perhaps Rothbard's greatest achievement in this area was to integrate the objective structure of production analysis developed by Knut Wicksell and Friedrich Hayek with the subjective pure-time-preference theory of interest formulated by Frank Fetter and Ludwig von Mises. Rothbard supplemented his analysis of capital and interest with an improved version of marginal productivity theory independently discovered by John Bates Clark, Wicksell, and Alfred Marshall. Thus Rothbard provided the first complete theory of the pricing of the factors of production, the formation of the interest rate, and the temporal interrelations of factor prices in the structure of production.

I have a few disagreements with Murphy's otherwise excellent article. First, Murphy might have emphasized that Rothbard saw himself as a member of the neoclassical mainstream when he was busy writing MES in the 1950s. Rothbard was intimately familiar with contemporary literature as his copious citations indicate. Thus while Murphy tends to portray Rothbard as an outsider who was trying to tear down and replace the existing theoretical edifice, it is more accurate to say that his aim was to save neoclassical economics from the descent into arid mathematical formalism and rigid and intolerant positivism that was just beginning to occur.

Second, although Murphy is "particularly fond" of Rothbard's criticisms of Keynesian economics, he believes that these have lost some of their force because "a typical Keynesian textbook no longer bases its policy conclusions on the arguments that were common when Rothbard was writing." I disagree. Although Bob's characterization of current macroeconomics textbooks is correct, the financial crisis and the prolonged stagnation of the US economy have forced the sophisticated New Keynesian theorists to embrace crude 1950s-style Keynesian stimulus policies. Indeed many have gone beyond the old-style Keynesians who advocated inflationary policies per se and have begun to urge the Fed to actually promote inflationary expectations by threatening a rapid depreciation of the dollar in the future in order to stimulate panic spending by consumers and businesses in the present. Rothbard once said "Keynes was a Keynesian." Well, the same is true of the New Keynesians: despite their highfalutin "dynamic stochastic general equilibrium" models they too are Keynesians, who believe that inflationary money creation and government spending programs are the sure cure for economic stagnation. So Rothbard's criticism of the basic Keynesian expenditure-income model and liquidity-preference theory, which underlie these views, still repays careful study today.

Finally, I take issue with Murphy's definition of a "Misesian" as any economist who "thinks that economic principles are logical deductions from self-evident axioms." Perhaps I am nitpicking here. But there were many economists who believed that their views logically followed from self-evident axioms. The great classical economist Nassau Senior developed his entire economic theory from "four elementary propositions" and the overall result was nothing that we would recognize as Misesian, although some of it certainly was. And of course, Marx believed that he derived his system from self-evident postulates about the nature of value and the necessity for a capitalist economy to accumulate capital and reproduce itself.

These quibbles aside, Murphy's article on possibly the greatest economics treatise of the 20th century is a must read, especially for those newly acquainted with Austrian economics.