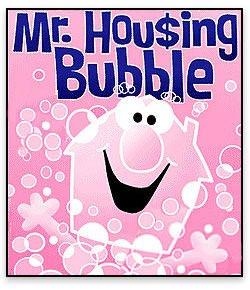 This is not your father's housing market, nor your grandfather's, for that matter. For them, steadily rising — but basically stable — home values seemed (more or less) a given. Recent news suggests that that situation may be a thing of the past.

The National Association of Realtors estimated optimistically (have you ever known a pessimistic realtor?) that housing prices will fall 16 percent in 2007 — their first overall decline in 40 years. Real estate investor Kenneth Heebner anticipates a 20 percent decline this year, due mostly to defaults in the "subprime" and "Alternative-A" mortgage markets. Needless to say, he is relatively more bearish on this year's housing market.

To understand why, just do the math. In the United States today, there is approximately $10 trillion in outstanding mortgages, and of these, about one-quarter are subprime and Alt-A loans. (Subprime loans are made to borrowers with little or no credit, while Alt-A loans are made to borrowers with better credit but who are not considered prime.) Individuals who access such loans often pay a below-market interest rate, or an interest-only mortgage payment, for the first few years of the mortgage. But after that, mortgage payments are adjusted to reflect prevailing market rates. If 40 percent of the Alt-A market fails this year (as many estimate), financial markets will be looking at $1 trillion in defaults.

That's a lot of defaults, especially when you consider that the 1980s S&L crisis cost, by comparison, $150 billion (about $240 billion in today's dollars) and is partly blamed for the 1990-–91 recession. Does today's mortgage market promise a similar result today, on the eve of the baby boomers' retirement?

If so, the sound that defines 2007 may not be that of Beyonce or Bell but of air seeping from the housing bubble. Though unpleasant, it is a sound much to be preferred, since it reflects a housing market returning to fundamental levels, as well as one that will offer buying opportunities to many who currently cannot afford housing. But still, $1 trillion dollars makes for a lot of failed loans that were issued over the last few years. Surely, this is a clear example of market failure. Right?

Well, no, because when hyper-regulated markets fail, you can't blame market forces. In this case, rising real estate prices were forcing many low and middle class households out of the housing market well before the most recent recession. When that happened, home buyers had few options — either relocate to another part of the country and start over, or finance with a subprime or Alt-A loan and wait the bubble out. That's what many did, and it quelled genuine political revolts in bubble-plagued markets in the early 2000s, especially in California and the Northeast.

The situation reminds us that bad things happen when pols manipulate markets to achieve their ends. In this case, there was a recession that resulted from an inflationary boom that they created. What do you do when housing market malinvestments, spurred by Alan Greenspan's cheap-money policies of the 1990s, pushes housing prices out of reach to the middle class?

What other lessons should be derived from the housing market mess?

Number One: Financial instruments have specific purposes. Using them for others can be disastrous. Consider financial derivatives, which are excellent tools that allow firms to manage risk. However, they are considerably riskier investments when used as basic stores of wealth or as vehicles for quick financial gain. Just ask the financial managers at Fannie Mae and Freddie Mac, Long-Term Capital Management, the cities of Cincinnati and San Diego, among others who incurred steep financial penalties for abusing derivatives markets.

Like many financial instruments, subprime and Alt-A loans serve a specific function in financial markets — in particular, they allow less-liquid, higher-risk borrowers access to credit when they can statistically prove that they will be more liquid in the near future. Many of the problems we see today in mortgage markets result from subprime loans that were made when politics trumped good economics.

Number Two: Public regulation of mortgage markets should be eliminated. If this were the case, they would not be subject to as much political manipulation (which was the goal of Fannie Mae and Freddie Mac from the beginning), while at the same time they would show the same level of stability and differentiation we associate with less-regulated markets. Private regulation would resurface. The problem is that much of today's financial-institution regulation is based on the mistaken idea that that sector, and the banking industry in particular, caused the Great Depression. Such thinking justified the Glass Steagall Act and other regulatory interventions in the financial sector, and the result has been at least one significant financial crisis about every ten years. Until market controls are allowed to reassert themselves — controls that would eschew political considerations in the issuing of credit — we can expect continued volatility within financial institutions.

Number Three: Home ownership was the American dream only to the extent that housing protected Americans from monetary inflation. Presidential candidates this year will wax ad nauseam that home ownership is the American Dream and that this dream is now too expensive for average Americans. What they won't talk about is how government policies, and specifically monetary policies, help bring this situation about.

What is rarely asked is why home ownership ever became the American Dream. The dream was never so much to own a home for the sake of it. Rather, the real dream has always been to protect wealth from the evils of inflation, and the middle-class housing market generally served that purpose. Housing was the middle class's best hedge against a growing government intent on expanding its scope and power by inflating the money supply.

Today, housing looks like a relatively weaker hedge, and if this trend continues, middle-class wage earners will have to find better assets in which to store the brunt of their wealth.