Money-Supply Growth Fell to an 8-year Low in March 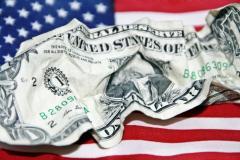 Over the past eight months or so, money supply growth rates have become somewhat volatile with the growth rate surging from 6.7 percent in late 2015 up to 11.3 percent by late 2016, and down again to March's multi-year low.

The M2 measure also showed a downward turn in recent months, although not to the same extent as the "Austrian" measure. The year-over-year change in M2 during March was 6.3 percent which put M2 growth near a 12-month low. M2 movements were otherwise unremarkable, however. 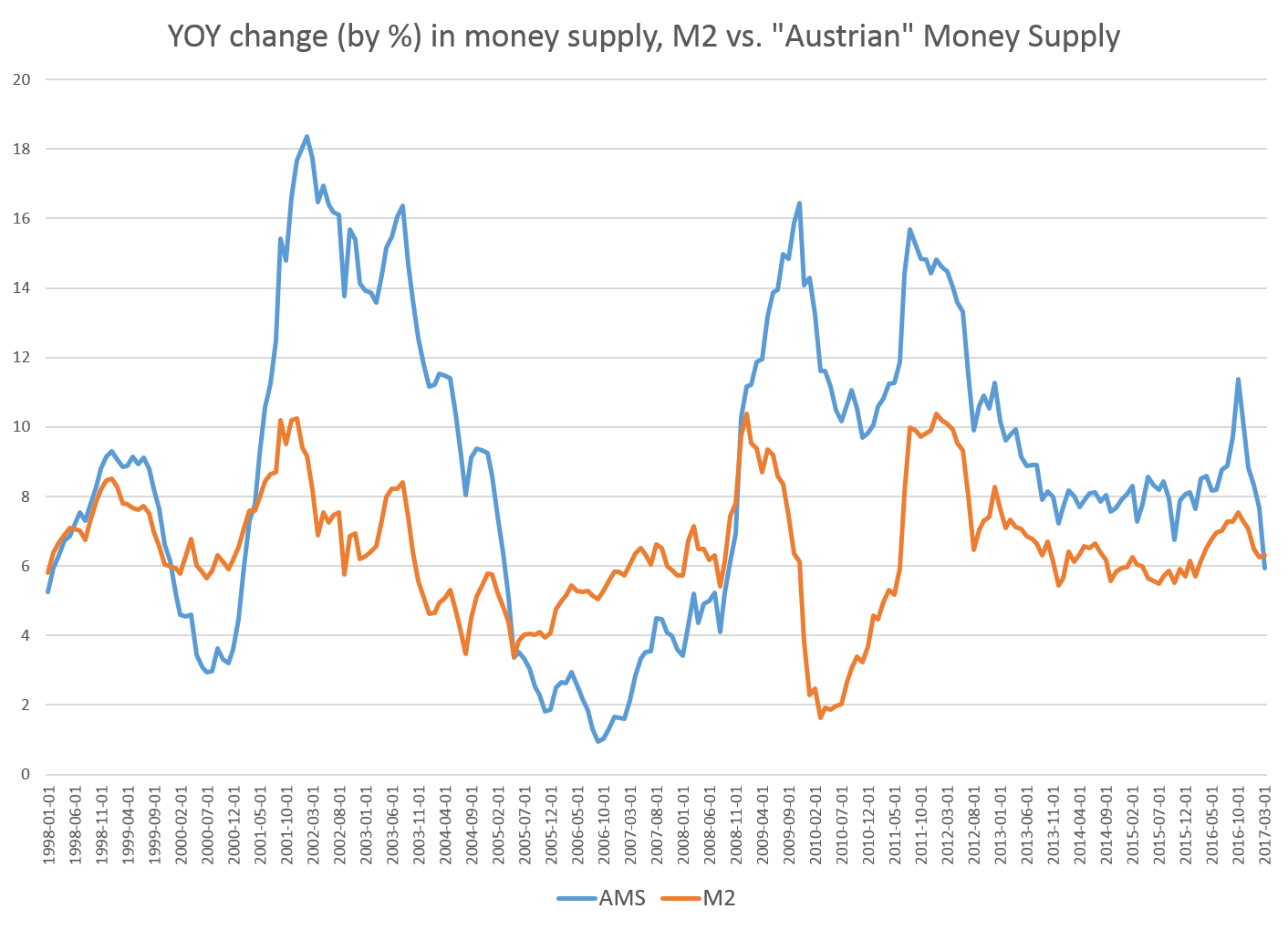 In fact, the measure has now dropped below that of M2, which has not happened since the period of 2005 to 2008.  A similar phenomenon occurred from 2000 to 2001. In both cases, sizable declines in the Austrian measure below M2 signaled brewing economic troubles.

Two factors that may be contributing to a decline in money supply are the drop in Treasury Deposits at the Fed, and a relative lack of new loans being made in the banking sector.

In March, growth in commercial and industrial loans began to fall to multi-year lows, with April's totals showing the smallest amount of growth in loan activity since 2009. As Frank Shostak explains here, the money stock tends to shrink when banks cut back on loans:

Another factor at work may be the ongoing decline in treasury deposits at the Fed, which in March dropped to a nearly 18-month low. 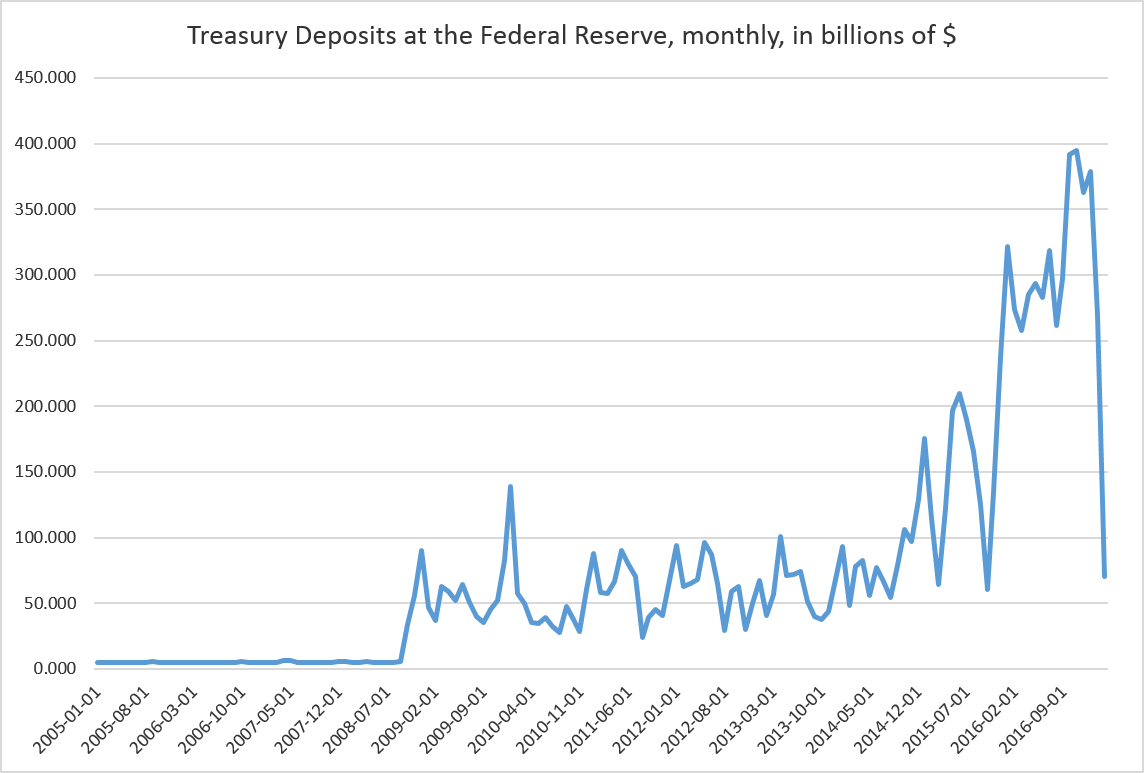 The "Austrian" money supply measure (also known as the "true money supply") used here is a measure of the money supply pioneered by Murray Rothbard and Joseph Salerno and is designed to provide a better measure than M2. The Mises Institute now offers regular updates on this metric and its growth.

The "Austrian" measure of the money supply differs from M2 in that it includes treasury deposits at the Fed (and excludes short time deposits, traveler's checks, and retail money funds).

Given a large number of confused comments by readers to these money-supply articles in the past, it may be necessary to clearly state that a measure of the money supply is not a measure of price inflation, and movement in money supply growth should not be interpreted as an index of index of price changes in the general economy. As Frank Shostak explained in a recent article:

[I]ncreases in the money supply need not always to be followed by general increases in prices. Prices are determined by both real and monetary factors. Consequently, it can occur that if the real factors are pulling things in an opposite direction to monetary factors, no visible change in prices might take place. In other words, while money growth is buoyant, prices might display low increases.