GET NEWS AND ARTICLES IN YOUR INBOXPrint
A
A
Home | Mises Library | Money and Inflation: The Tendency to Deny Reality

Money and Inflation: The Tendency to Deny Reality 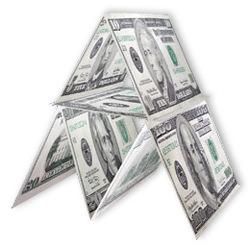 In a high-profile research paper titled "Understanding the Evolving Inflation Process," published recently, a group of private-sector and academic economists have endorsed the Fed's policy of price stability and transparency as an important tool in keeping inflation at bay.1

The heart of their analysis is a modified Phillips Curve equation, which is labeled the New Keynesian Phillips Curve (NKPC). What drives the inflationary process in this way of thinking is expected inflation, past inflation, the real output gap and some disturbances, i.e., irregular events. In this way of thinking an increase in the output gap — i.e. a relative increase in actual output versus potential output — gives rise to inflationary pressures.

Using the NKPC and two other equations that deal with the output gap and interest rate determination, the researchers have made an attempt to explain the reason behind the great inflation between the mid-1960s and the late 1970s. The economists have also produced an explanation for the fall in the pace of inflation since the early 1980s. The reason for the great inflation, according to the paper, is the lack of willingness on behalf of Fed officials back then to stick to the goal of keeping prices stable. While the reason for moderate inflation since the 1980s, according to these economists, is central bankers commitment to price stability.

Despite the use of sophisticated mathematical and statistical techniques, the research paper never gets to the heart of the phenomenon of inflation. Also, the paper deals with the description of price changes without acknowledging any role that money might have had in these changes. The entire framework is based on a dubious modified Phillips curve and a black-box, time-series analysis. Whilst the research paper mentions extensively the word "inflation," it never even attempts to define this term. The lack of a clear identification of what inflation is all about casts doubt on various conclusions that the writers of this paper have reached. Covering undefined terms with mathematical dressing cannot make the analysis more meaningful if the object of the analysis is not clearly identified.

The subject matter of inflation is the debasement of money. For instance, historically inflation originated when a ruler would force the citizens to give him all the gold coins under the pretext that a new gold coin was going to replace the old one. In the process, the king would falsify the content of the gold coins by mixing it with some other metal and return to the citizens diluted gold coins. On account of the dilution of the gold coins, the ruler could now mint a greater amount of coins for his own use. (He could now divert real resources to himself). In short, what was now passing as a pure gold coin was in fact a diluted gold coin. The expansion in the diluted coins that masquerade as pure gold coins is what inflation is all about. As a result of inflation, the ruler could engage in an exchange of nothing for something.

Under the gold standard, the technique of abusing the medium of the exchange became much more advanced through the issuance of paper money unbacked by gold. Inflation therefore means here an increase in the amount of paper receipts that are not backed by gold yet masquerade as true representatives of money proper, gold. Again the holder of unbacked money can now engage in an exchange of nothing for something.

Once it is established that the subject matter of inflation is the expansion of the money stock, we can attempt to ascertain whether the Fed is an inflation fighter.

Most economists and commentators define inflation as a general rise in prices, which is summarized by the so-called consumer price index (CPI). While a general rise in prices may be associated with inflation, it is however not inflation. What is the price of a good? It is the amount of money asked per unit of a good. (Observe that without money one cannot even begin to discuss what prices are.)

Having established that inflation means monetary expansion, we suggest that the key factor behind the acceleration in prices in the period of mid '60s to late '70s is  the strong monetary expansion in that period.

In relation to its 12-month moving average, our measure of money AMS followed an exponential path (see chart). For instance, in August 1969 the differential between the AMS and its 12-mma stood at negative 0.5 against positive differential of 21 in December 1979. It is therefore not a big surprise that the gap between the CPI and its 12-month moving average jumped to 4 by December 1979 from 0.9 in August 1969 (see chart).

Contrary to popular thinking, the Fed's preoccupation with price stability, by keeping the rate increases in the CPI at a particular acceptable range, can actually generate nasty surprises. For instance, as a result of strong monetary expansion and a correspondingly strong increase in the production of goods, prices remain stable. Notwithstanding this stability, various nasty side effects that emanate from monetary expansion are likely to emerge. Hence we suggest that Fed policy makers should pay close attention to the sources of monetary inflation rather than focusing on the symptoms of inflation.

The fact that general prices were more or less stable during the 1920s told most economists that there was no inflationary threat, and therefore the events of the Great Depression caught them completely unaware.2

Inflation, as this term was always used everywhere and especially in this country, means increasing the quantity of money and bank notes in circulation and the quantity of bank deposits subject to check. But people today use the term "inflation" to refer to the phenomenon that is an inevitable consequence of inflation, that is the tendency of all prices and wage rates to rise. The result of this deplorable confusion is that there is no term left to signify the cause of this rise in prices and wages. There is no longer any word available to signify the phenomenon that has been, up to now, called inflation. …  As you cannot talk about something that has no name, you cannot fight it. Those who pretend to fight inflation are in fact only fighting what is the inevitable consequence of inflation, rising prices. Their ventures are doomed to failure because they do not attack the root of the evil. They try to keep prices low while firmly committed to a policy of increasing the quantity of money that must necessarily make them soar. As long as this terminological confusion is not entirely wiped out, there cannot be any question of stopping inflation.3

But if the Fed were to acknowledge that inflation is actually printing money, then it would mean that the US central bank is not an inflation fighter but is itself the key source of inflation. After all, without the Fed's monetary expansion, the whole machinery of inflation would have fallen apart.