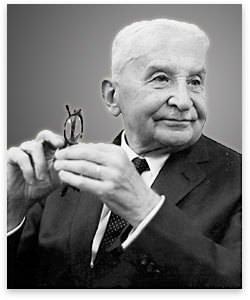 Critics of Austrian economics often condemn Mises as dogmatic, but in fact he advocated a very commonsense method of procedure for economics. He developed his views in reaction to criticisms of economics by the German Historical School, on the one hand, and the logical positivists, on the other. Both of these movements sought to undermine economic theory in order to clear a path for socialist measures that economic theory demonstrated were unworkable. In this course, we will first explain Mises's method in an easy-to-understand way. We will then see how Mises vindicated economics against its critics.

Mises did not develop his new ideas in a vacuum. To the contrary, he was influenced by thinkers such as Windelband, Rickert, Croce, and Collingwood, who had attempted to delimit the place of history within human knowledge. Mises had his own ideas about this, and we'll look at what he says about the philosophy of history in Theory and History.

In Epistemological Problems of Economics, Mises calls the science of human action "sociology"; and though he later abandoned this for "praxeology," the term suggests a crucial link. Mises was heavily influenced by the sociology of his friend Max Weber, and a significant part of his thought consists of modifications and criticisms of Weber's views. One lecture will be devoted to "Mises versus Rand."

Although Mises's main philosophical contribution was his elaboration of a conception of economic knowledge, he made interesting remarks on a wide variety of philosophical problems. In particular, his doctrine of the "ultimate given" has an important bearing on his account of freedom and determinism. He also applied his account of praxeology to criticize certain ethical theories and to construct a variety of utilitarianism that stresses the benefits of social cooperation through the free market.

Throughout the course, the emphasis will be on understanding Mises. Although we'll devote some time to critical reactions to him, the main task of the course is to enable you to understand Mises better.

The course consists of five lectures, beginning Thursday, April 7. Here is the schedule for the lectures:

Week 2: Mises versus the German Historical School and the Logical Positivists

Week 3: Mises and the Philosophy of History

Week 5: The Ultimate Given, Determinism, and Ethics.

The lectures will last for one hour, followed by 30 minutes for questions and discussion. Readings will consist of selections from Mises's books, including Human Action, Epistemological Problems of Economics, Theory and History, and The Ultimate Foundation of Economic Science, as well as other works. There will be weekly quizzes, which I guarantee won't be hard.