GET NEWS AND ARTICLES IN YOUR INBOXPrint
A
A
Home | Mises Library | Middle-of-the-Road Policy: Lessons from Argentina and Venezuela 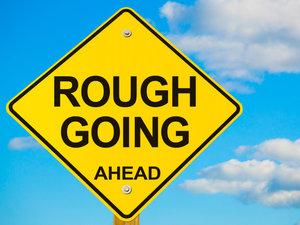 Although his main work was dedicated to a critique of socialism, Ludwig von Mises paid much attention to the analysis of what is known as the “mixed economy,” the “middle-of-the-road policy,” or “interventionism.” In Mises’s eyes, interventionism faced two main difficulties. On the one hand, interventionists could often themselves see that the outcomes of their interventions were even worse than the problem they intended to solve. On the other hand, being convinced that intervention is necessary to fix problems in the economy, lead interventionists to believe that the government should intervene even more when their earlier attempts fail to yield their desired results.

This logic results in an economy being “capitalistic” only in nominal terms while, in reality, it is subject to widespread government intervention.

Indeed, after having embraced a wide variety of interventionist policies, Argentina and Venezuela have proven Mises right.

Few people imagined that the election of Hugo Chávez would lead to so much economic havoc in Venezuela back in 1999. However, Chávez quickly revealed his extensive interventionist plans. As part of his attempt to “improve” the distribution of wealth, he oversaw a large increase in public expenditures that rose to more than $100 billion within a decade (this increase equals 25 percent of current dollar denominated GDP). Increases in expenditures produced only small gains in productivity, and this was made worse by the fact that there was not a corresponding growth rate in public-sector revenues. As such, Venezuela experienced a growing fiscal deficit that reached 16.6 percent of GDP in 2012.

As it is, fiscal deficits tend to be financed either with debt or with the “assistance” of the central bank. (It turns out that governments will also expropriate private assets to finance a deficit as has also been done in Venezuela and Argentina.) If we look at the rate of increase in the monetary base, we see that Chávez chose to finance his enormous expenditures with newly-printed money provided by the central bank, creating one of the highest rates of price inflation in the world. While the numbers are not totally reliable, the CPI rose by 40 percent in 2013, accelerating in 2014 to 60 percent (based on the average for the year to date).

The interventions that were meant to improve certain aspects of the Venezuelan economy caused both ballooning deficits and astronomical price inflation. Yet such clear failures did not deter such convinced interventionists as the leaders of Venezuela. The answer to skyrocketing prices was a new legislation to control prices and cap business profits, the so-called “Law of the Right Prices and Costs.”

This new legal intervention led to shortages of many consumer goods. Even the central bank recognizes that shortfalls in supply may be more than 30 percent on average, which means that some goods are not at all available.

Outlawing Free Use of Foreign Currency

Another interventionist policy imposed by the Chávez regime involves exchange controls. Since the dollar is used as a means to preserve wealth in countries experiencing high rates of price inflation, governments that reject the principles of a market economy tend to control the price of dollars and ration how many dollars people can legally buy.

The result, of course, is not a cheaper dollar, but the surge of a black market that reflects (at least much better than the “official dollar”) the real price of that currency.

Argentina’s dollar policies are reminiscent of those in Venezuela. Argentina also oversaw larger fiscal deficits with the printing press running at full capacity. In turn, the rate of price inflation has been rising, as has the exchange rate of the dollar. Unsurprisingly, the Argentine government followed the same policy responses as Venezuela.

First, “speculators” and businessmen were demonized as the villains that caused prices to rise. Second, a law from 1974, the so-called “Law of Supply,” was reestablished since it seems the government thinks that supply depends on a bureaucrat’s signature. Third, exchange controls were imposed and a black market for the dollar appeared.

Another devastating effect was that the real exchange rate appreciated strongly due to the combination of high inflation and a fixed nominal exchange rate in both cases. While this scenario creates an incentive to import, it undermines the capacity to export.

In turn, the trade deficit in Venezuela, leaving aside the state-run oil industry, has been growing since 2003. As such, local industry suffers from rising costs while regulations and competition from subsidized imports weaken their growth.

In Argentina, exports have fallen 10 percent this year so far, and since the government “protects” the local industries, imports have also fallen due mainly to the barriers government imposes.

The highly-interventionist environment in both Argentina and Venezuela has eroded the competitiveness of both countries. With the deterioration of the external sector and weak incentives to invest, it is no surprise that this year both economies are struggling with both high inflation and also recession.