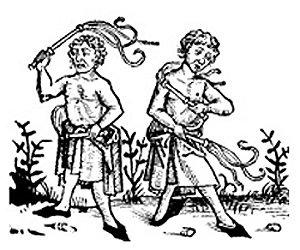 The local Swiss press carried a summary of a report compiled by a panel of so-called "experts" of the Swiss Academy of Engineering Science (SATW) under the startling rubric that motor gasoline "should" henceforth be priced, by fiat, at no less than four francs per liter — roughly double the current market price and representing what, to an American, must seem like the eye-watering equivalent of around $14 a gallon.

The reason given by these cloistered killjoys for recommending such a brutal curtailment of people's material well-being? Nothing less than the incredibly convoluted one that since — in their lofty estimation — Swiss demand for petrol will inevitably outstrip the available supply sometime in the next two decades, it is better to anticipate the resultant economic stress by "discouraging" consumption now, rather than to allow such a painful (if utterly hypothetical) disappointment to be postponed until later.

Presumably, on this basis, in order to lessen the chance he might run over a cliff during the next mass migration, we should prevail upon the prudent lemming to fling himself out of a skyscraper window today.

Nor is this the only instance of such right-on rhetoric to emanate from a Swiss officialdom clearly at odds with the solid, Bürgerlich level-headedness which typifies a nation whose engineering talents and entrepreneurial skills have long allowed them to flourish in a tiny land, hemmed in by sterile, icy peaks and endowed with all too few natural resources to support them in any sort of comfort.

No, far from regarding the achievement of their fellow citizens as a matter for well-merited praise, the governmental authors in Bern sourly condemn it as an act of despoliation and robbery. Certainly, one can put no other construction on the following, highly patronizing passage, taken straight from the pages of the official statistical yearbook for 2008:

When consumption exceeds our biocapacity, natural resources at home become depleted or have to be imported from other countries. In such cases, we end up living at the expense of other regions of the planet or of future generations.

Several pages of argument could be spent dispelling the woeful economic ignorance being expressed here about such basic matters as supply, demand, opportunity costs, and price signaling, but let us limit ourselves to one simple observation that seems to have escaped our earnestly-PC engineers and bureaucrats: though we all routinely suffer wants that far exceed our means to satisfy them, most of us have reluctantly come to accept that it is our earthly lot to have to forego some delights in order to sample a range of others — an epiphany we reached somewhere between becoming fully toilet trained and realizing that Santa Claus was only a figment of a toy salesman's fertile imagination.

Even if there is any validity to the "Peak Oil" scare (a rather large hypothetical, in this author's estimation), the Swiss — just as all other peoples — will adapt much more readily through allowing what we call the I²E²S² process (Innovation, Economization and Substitution, leading to Investment guided by Entrepreneurialism and fueled with Savings) to percolate through the free market than by means of anything policy wonks and political wastrels may dream up, respectively, in their ivory towers and smoke-filled rooms.

It is critically important, moreover, to recognize such an instance of "fatal conceit" as being all too characteristic of those who pander to the modern day danse macabre of exhaustionism and collectivist penury which so infuses both the anti-humanist Greens and the rent-grubbing business types who hypocritically seek to line their pockets by pandering to these latter-day Savonarolas.

For example, far across the Atlantic, a truly sinister cabal seems to have been hatched between the Republican "Swift Boat," corporate raider-turned-windmill wannabe, T. Boone Pickens; the Democrat serial fantasist and climate alarmist, Al Gore; and the One World–elitist media mogul, Ted Turner — this unholy trinity setting aside their supposed ideological differences for no higher purpose than to be better able to shear the flock of credulous sheep they have frightened with their intertwined tales of killer storms, melting ice sheets, and maniacal terrorist oil sheikhs.

One is tempted to ask whether old man Noah also managed to cow an ill-informed citizenry into subsidizing his little floating zoo, or whether the Ark — which would deliver the fruits of the Earth to him and his seed alone — was already disporting the misleadingly cute-panda motif of the genocidally aspirant theme park owners of the WWF at its masthead.

But though all this seems so frightfully contemporary and in tune with the suburban Gaian's zeitgeist, the despairing tyranny of inefficient ersatz, the drive to autarky, and the quest for Lebensraum that lies beneath it possess a very dark precedent, indeed.

To see this, we must first recognize that the serpent tongue of propaganda employs a different semiotics today.

Thus, "ersatz" is dressed up in the clothes of "alternative energy" and "sustainable technology" while "autarky" translates into such concepts as low "food miles" and reduced "carbon footprints." In turn, the same old Malthusian fears that there are not enough natural resources to go round have been inverted from justifying an outward drive to win precious living space through armed conquest to the promotion of population control measures aimed at reducing the "cancerous" impact of man, the "pest species" on our "fevered" mother planet instead.

Already, our use of the older phrases may have alerted the reader to their provenance, but, to show that more than a pat generalization is involved, let us quote a few specifics from Adam Tooze's magisterial study of Nazi economics, The Wages of Destruction, by way of corroboration.

Though undoubtedly a genius of industrial chemistry, as Tooze relates, it was Carl Bosch's ineffably modern fixation that the world was on the brink of "Peak Oil" no less than eighty years ago which led directly to the devil's bargain sealed between his sprawling conglomerate, IG Farben, and the incoming Hitler regime:

[I]n 1928, at its Leuna facility … IG Farben embarked on the construction of the world's first facility for coal hydrogenation, the alchemical process through which coal was transformed into petrol… The RM330 million investment … would pay off when the oil wells ran dry and fuel prices rocketed.

Sadly for Bosch, that same prospect of an imminent shortage inspired a wave of entrepreneurialism which resulted in major new oilfield developments in Venezuela, California, Oklahoma, and the Permian Basin of Texas, culminating in the discovery of the famous "Black Giant," late in 1930 — and hence to a glutted world market.

For Carl Bosch this was clearly a severe setback, but IG could certainly have retreated from hydrogenation. Losses of a few hundred million would not have broken the company. Such a retreat would, however, have run completely counter to Carl Bosch's vision of the firm, which now depended on the willingness of the German government to impose high taxes on imported oil.

One cannot fail to be struck by the similarities not just with Pickens and his cynically populist campaign for wind energy, or with Gore and his multibillion-dollar "eco" hedge fund, but also with today's avid subsidy grubbers among the advocates of solar power and the members of the vast biofuel lobby who have found a novel way of penalizing plain, hard-working consumers of cereals, and oilseeds in order to feather the luxurious nests of the Midwestern agribarons.

Nor do the parallels end there, because, in the 1930s, having once started down this route, both parties became hopelessly wedded to the need to keep fuel prices artificially elevated at what were, by a neat coincidence with the SATW's latest ideas, roughly double world prices.

This imperative — which provided corporate welfare to Bosch while raising revenues for the Reich — forged a tangled chain of unintended consequences, as all such "initiatives" de haut en bas tend to do. Not least was that it was later to have a disastrous impact on Hitler's ambition to emulate the accomplishments of "Fordism" by providing an affordable car for every German household.

A triumph of enduring engineering design Ferdinand Porsche's Volkswagen "Beetle" may well have been, but because petrol was so unnecessarily expensive, ways had to be found to reduce the capital cost of the car itself, so that the total running cost could fit within the meager budget of the average family. The resonance with current proposals to offer a range of tax breaks and state subsidies for the production of hybrid cars is just too striking to ignore.

Finding the talismanic ceiling of 1,000 Reichsmarks per car impossible to achieve in a purely commercial setting (Porsche's brainchild was, in fact, no less pricey than Opel's cheapest existing model), production of the vehicle was soon entrusted to a plant to be specially built using the captive funds that had originally been donated to the now-proscribed trade-union movement and supplemented by an ongoing compulsory levy on all German manual workers.

Plagued by the cost overruns that are inevitable in a closed society, over-reliant on home-produced goods and already straining to afford its mountainous rearmament program, the responsible entity, the Deutsche Arbeitsfront, further tried to finance itself by offering its members an installment savings plan, backed up with a sizeable, mandatory subscription to a two-year insurance policy on the vehicle, payable by its would-be owners.

Although some 340,000 trusting souls eventually signed up to the scheme, the schedule slipped further and further into arrears and the hidden losses continued to mount.

Ultimately, despite all the podium posturing and hysterical flag-waving, not one single VW was ever delivered to a member of the German public. The half-finished factory was eventually converted to military use and the 275 million Reichsmarks in savings so arduously scraped together fell victim to the horrendous postwar inflation.

All this should warn us to be on our guard when we hear the honeyed words of today's politicians and the blandishments of their corporatist allies when they twist the commendable desire to avoid the wanton destruction of our environment into an instrument of imperial expansion, state control, and undue self-enrichment.

Nor should we allow ourselves to be browbeaten by the IPCC carbophobes when they use dubious science and worse economics to make us believe that the entire planet is in imminent danger of a cataclysmic collapse unless we ordinary folk (though, naturally, not the cosseted members of the Green Sanhedrin itself) give up all hope of a better standard of living.

More emphatically, we should reject all suggestions that, in the Canute-like arrogance that they can somehow prevent this faux millennium, the central planners will offer a route not only to earthly salvation, but also to faster economic growth and greater material prosperity as we forcibly struggle to overcome the handicaps they seek to impose upon us. If every adult male has his right leg amputated by order of the state, the fact that more artificial limbs will then come to be sold is not exactly a mark of progress.

To fortify our resolve to resist such insidious schemes, we might also do well to think upon the sorry fate of a previous people who, having lost their faith in free exchange and the international division of labor amid a tempest of monetary insanity, became converted instead to a messianic vision of impending scarcity and unavoidable strife — and brought the wrath of heaven down upon their heads as a result.