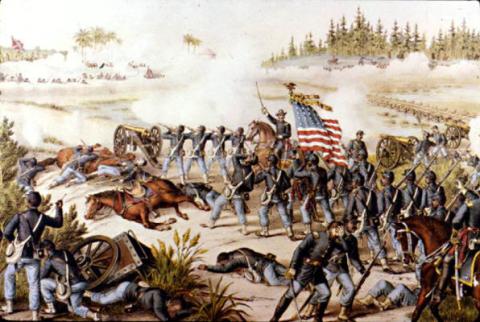 When Charles Adams published his book For Good and Evil, a world history of taxation, the most controversial chapter by far was the one on whether or not tariffs caused the American War between the States. That chapter generated so much discussion and debate that Adams's publisher urged him to turn it into an entire book, which he did, in the form of When in the Course of Human Events: Arguing the Case for Southern Secession.

Many of the reviewers of this second book, so confident were they that slavery was the one and only possible reason for both Abraham Lincoln’s election to the presidency and the war itself, excoriated Adams for his analysis that the tariff issue was a major cause of the war. (Adams recently told me in an email that after one presentation to a New York City audience, he felt lucky that "no one brought a rope.")

My book, The Real Lincoln, has received much the same response with regard to the tariff issue. But there is overwhelming evidence that: 1) Lincoln, a failed one-term congressman, would never have been elected had it not been for his career-long devotion to protectionism; and 2) the 1861 Morrill tariff, which Lincoln was expected to enforce, was the event that triggered Lincoln’s invasion, which resulted in the death of hundreds of thousands of Americans.

A very important article that documents in great detail the role of protectionism in Lincoln’s ascendancy to the presidency is Columbia University historian Reinhard H. Luthin's "Abraham Lincoln and the Tariff," published in the July 1944 issue of The American Historical Review. As I document in The Real Lincoln, the sixteenth president was one of the most ardent protectionists in American politics during the first half of the nineteenth century and had established a long record of supporting protectionism and protectionist candidates in the Whig Party.

In 1860, Pennsylvania was the acknowledged key to success in the presidential election. It had the second highest number of electoral votes, and Pennsylvania Republicans let it be known that any candidate who wanted the state’s electoral votes must sign on to a high protectionist tariff to benefit the state’s steel and other manufacturing industries. As Luthin writes, the Morrill tariff bill itself "was sponsored by the Republicans in order to attract votes in Pennsylvania and New Jersey."

The most influential newspaper in Illinois at the time was the Chicago Press and Tribune under the editorship of Joseph Medill, who immediately recognized that favorite son Lincoln had just the protectionist credentials that the Pennsylvanians wanted. He editorialized that Lincoln "was an old Clay Whig, is right on the tariff and he is exactly right on all other issues. Is there any man who could suit Pennsylvania better?"

At the same time, a relative of Lincoln’s by marriage, a Dr. Edward Wallace of Pennsylvania, sounded Lincoln out on the tariff by communicating to Lincoln through his brother, William Wallace. On October 11, 1859, Lincoln wrote Dr. Edward Wallace: "My dear Sir:  [Y]our brother, Dr. William S. Wallace, showed me a letter of yours, in which you kindly mention my name, inquire for my tariff view, and suggest the propriety of my writing a letter upon the subject. I was an old Henry Clay-Tariff Whig. In old times I made more speeches on that subject than any other. I have not since changed my views" (emphasis added).  Lincoln was establishing his bona fides as an ardent protectionist.

At the Republican National Convention in Chicago, the protectionist tariff was a key plank. As Luthin writes, when the protectionist tariff plank was voted in, "The Pennsylvania and New Jersey delegations were terrific in their applause over the tariff resolution, and their hilarity was contagious, finally pervading the whole vast auditorium." Lincoln received "the support of almost the entire Pennsylvania delegation" writes Luthin, "partly through the efforts of doctrinaire protectionists such as Morton McMichael . . . publisher of Philadelphia’s bible of protectionism, the North American newspaper."

Returning victorious to his home of Springfield, Illinois, Lincoln attended a Republican Party rally that included "an immense wagon" bearing a gigantic sign reading "Protection for Home Industry." Lincoln’s (and the Republican Party’s) economic guru, Pennsylvania steel industry publicist/lobbyist Henry C. Carey, declared that without a high protectionist tariff, "Mr. Lincoln’s administration will be dead before the day of inauguration."

The U.S. House of Representatives had passed the Morrill tariff in the 1859-1860 session, and the Senate passed it on March 2, 1861, two days before Lincoln’s inauguration. President James Buchanan, a Pennsylvanian who owed much of his own political success to Pennsylvania protectionists, signed it into law. The bill immediately raised the average tariff rate from about 15 percent (according to Frank Taussig in Tariff History of the United States) to 37.5 percent, but with a greatly expanded list of covered items. The tax burden would about triple. Soon thereafter, a second tariff increase would increase the average rate to 47.06 percent, Taussig writes.

So, Lincoln owed everything--his nomination and election--to Northern protectionists, especially the ones in Pennsylvania and New Jersey. He was expected to be the enforcer of the Morrill tariff. Understanding all too well that the South Carolina  tariff nullifiers had foiled the last attempt to impose a draconian protectionist tariff on the nation by voting in political convention not to collect the 1828 "Tariff of Abominations," Lincoln literally promised in his first inaugural address a military invasion if the new, tripled tariff rate was not collected.

At the time, Taussig says, the import-dependent South was paying as much as 80 percent of the tariff, while complaining bitterly that most of the revenues were being spent in the North. The South was being plundered by the tax system and wanted no more of it. Then along comes Lincoln and the Republicans, tripling (!) the rate of tariff taxation (before the war was an issue). Lincoln then threw down the gauntlet in his first inaugural: "The power confided in me," he said, "will be used to hold, occupy, and possess the property, and places belonging to the government, and to collect the duties and imposts; but beyond what may be necessary for these objects, there will be no invasion--no using force against, or among the people anywhere" (emphasis added).

"We are going to make tax slaves out of you," Lincoln was effectively saying, "and if you resist, there will be an invasion." That was on March 4. Five weeks later, on April 12, Fort Sumter, a tariff collection point in Charleston Harbor, was bombarded by the Confederates. No one was hurt or killed, and Lincoln later revealed that he manipulated the Confederates into firing the first shot, which helped generate war fever in the North.

With slavery, Lincoln was conciliatory. In his first inaugural address, he said he had no intention of disturbing slavery, and he appealed to all his past speeches to any who may have doubted him. Even if he did, he said, it would be unconstitutional to do so.

But with the tariff it was different. He was not about to back down to the South Carolina tariff nullifiers, as Andrew Jackson had done, and was willing to launch an invasion that would ultimately cost the lives of 620,000 Americans to prove his point. Lincoln’s economic guru, Henry C. Carey, was quite prescient when he wrote to Congressman Justin S. Morrill in mid-1860 that "Nothing less than a dictator is required for making a really good tariff" (p. 614, "Abraham Lincoln and the Tariff").