The Levellers and Early Libertarian Thought 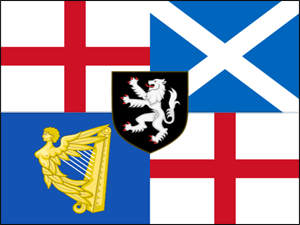 This interpretation of the Levellers is supported, among others, by Murray N. Rothbard who considers them as,

the world’s first self-consciously libertarian movement. ... In a series of notable debates within the Republican Army — notably between the Cromwellians and the Levellers — the Levellers led by John Lilburne, Richard Overton and William Walwyn, worked out a remarkably consistent libertarian doctrine, upholding the rights of self-ownership, private property, religious freedom for the individual, and minimal government interference in society. The rights of each individual to his person and property, furthermore, were natural, that is, they were derived from the nature of man. ... And therefore were not dependent on, nor could they be abrogated by government. And while the economy was scarcely a primary focus of the Levellers, their adherence to a free market economy was a simple derivation from their stress on liberty and the rights of private property.1

One of the most important of the Levellers’s contribution to the theoretical foundation of the libertarian doctrine was, according to Rothbard, that they, “transformed the rather vague and holistic notions of natural law into the clear cut, firmly individualistic concepts of natural rights of every individual human being.”2

The core of the libertarian doctrine is constituted by certain fundamental tenets: the right to self-ownership, methodological individualism, individual natural rights theory, sound property rights, and economic freedom. Examining the Levellers’s literature, let us examine to what extent they elaborated these basic principles.

The Levellers advocated property rights and the freedom to contract and trade, as against monopolies and privileges guaranteed by the state. They celebrated the benefits of economic freedom to society and opposed the government taxes, customs, excises, and regulations that inhibited competition.

Lilburne defended natural law as follows: “Nature and reason” are “the grounds of all just laws.” Furthermore,

The law of nature specially considered which is so called Law of reason, pertains only to creatures reasonable, that is man, which is created in the image of God. ... And this law is alway good and righteous, stirring and inclining a man to good, and aborting evil, and as to the ordering of the deeds of man ... and it is written in the heart of every man, teaching him what is to be done and what to be fled, and because it is written in the heart, therefore it may not be put away, neither is it never changeable by no diversity of place, nor times. And therefore against this Law, prescriptions, statutes, not customs may not prevail. And if any be brought in against it, they be no prescriptions, statutes nor customs, but things void, and against justice, and all other laws, as well the laws of God, as the acts of men, as other be grounded thereupon, and ... this law of reason teacheth that good is to be loved and evil to be fled.3

This is also the classical, ancient, interpretation of the law of nature, as expounded by St. Thomas Aquinas. It should be noted that Richard Hooker elaborated an Anglican version of the Thomist law of nature that the Leveller Walwyn read Hooker’s writings, and that these ideas circulated in seventeenth century England.

In 1646 while Lilburne was imprisoned for high treason, Overton wrote A Remonstrance of Many Thousand Citizens, and other Free-Born People of England, to their own House of Commons, urging that Lilburne be freed. The Remonstrance became a great Leveller manifesto.

We are well assured, yet cannot forget, that the cause of our choosing you to be Parliament-men, was to deliver us from all kind of bondage, and to preserve the Commonwealth in peace and happiness: for affecting whereof, we possessed you with the same power that was in ourselves. ... But you are to remember, this was only of us but a power of trust, which is ever revokable, and cannot be otherwise, and to be employed to no other end, than our own well being. ... We are your principals, and you our agents.4

Overton advocated religious tolerance, even for the much-reviled English Catholics. He also denounced the practice of impressing men into the army and navy as a form of enslavement, and the different forms of “hinderance to trade” as “extremly prejudicial to the nation.”5

In May 1652, Walwyn presented to the Committee for Trade and Foreign Affairs a defense of free trade against the Levant Company, urging the abolition of monopolies and trade restrictions by the government. In Walwyns Conceptions; For a Free Trade, the author vindicates free trade as a common right conductive to common good. More than two centuries before Adam Smith, Walwyn directly linked freedom of trading to the public good. Exalting the benefits of competition, he holds that the results of free trade and competition are more and better goods, lower prices, more ships, plenty of men becoming useful members of the community, and more wealth for active and creative people.6

Walwyn explored the question of whether leaving foreign trade “equally free to all Englishmen would be most profitable for the Common wealth.” First Walwyn asked what can be considered to be the “common” or “native” right in England. His answer is that,

those things which are of common concernment always adjudged and claimed as native right both before and after alterations ... having ever proved to include what hath been most proper and commodious for the Common-wealth and best for every particular person.

And, considered in this way, he, “would necessarily conclude that for foreign trade to be universally free to all English men alike, would be the most advantageous to the Common wealth.” Walwyn criticized the present Parliament for carrying on the oppressions of the monarchy by maintaining all the monopolies and the privileges granted by the Crown in the field of trade. The right to trade freely, Walwyn maintains, is an ancient, natural, claimed right of all Englishmen and it is much more profitable than any government restrictions and privileges.

Then the author lists many advantages of free competition:

Continuing his analysis of competition, Walwyn notes that, “the numerousness of merchants will occasion a strife and emulation among them, who shall produce the best ordered goods.” And he underlines the advantages for the laborers, pointing out that the competition will produce, “greater price for work; whereas merchants in Companyes have noe need of such diligence ... and workmen must worke at what rate they please.”

The merchants in Companies impoverish the maker, the worker, and the market in general, whereas, “the more buyers, the more is bought and sold, all corners of the world would be found out.” If merchants spontaneously join together, Walwyn does not object. In this case, “states would have noe such temptations to work upon them, they being of noe considerable capacity to afford them much at any time, unto which Companyes have been ever liable.”7  Walwyn, as well as Overton and Lilburne, attributed lamentably low wages to monopolies, hampered trade, and excise taxes.

The Levellers were concerned with economic rights and these economic rights were a direct consequence of the right to self-ownership and included individual property rights, freedom to produce, sell, buy and trade, and to do all this without license, monopolies, regulations and arbitrary taxation. That is to say, they advocated a free market economy. The right to trade freely was considered a natural right by Lilburne,8 or a “native liberty” as in Overton’s Remonstrance.

Arguing from the theoretical supremacy of natural rights, Lilburne rejects any form of regulation of trade. The right to free trade is a birth right: a legal fundamental liberty. Elizabeth I abolished some monopolies, but by the time the Leveller’s were writing, they had been restored because of the economic and fiscal desires of the crown. Lilburne considers them illegal from an ethical standpoint, because they were a violation of the equal natural rights of the individual to freely produce and exchange. Moreover they created state privileges for bankers, aristocrats, chartered companies, and corporations.

As Hayek writes, thanks to the protest against monopolies granted by the crown, “Englishmen then understood better than they do today that the control of production always means the creation of privilege: that Peter is given permission to do what Paul is not allowed to do.”9

Charles I increased the number of grants of exclusive right to produce and sell some articles to certain industries and created new monopolies and privileged concessions under the name of licenses. The Long Parliament and subsequently Cromwell confirmed the most relevant monopolies such as the right to export woolen cloth, the privileges of the Merchant Adventurers, and the privileges of chartered companies such as the Levant Company.

Lilburne protested against the monopolies of coal, soap, and woolen clothes. The economic concessions by public authorities paved the way to the creation of privileged positions of supremacy in public institutions and to the violation of the individual birth rights to equal opportunity to compete freely. Lilburne realized that the opposite of competition is privilege.

The results of my research into the original Leveller sources seem to confirm Rothbard’s analysis. The Levellers were indeed the first conscious, explicit libertarians.

Roberta Modugno is professor history of political thought at the University of Roma TRE (Rome - Italy). A scholar of American libertarianism, she is the author of several works on Murray N. Rothbard and edited the collection of Rothbard’s papers, Rothbard versus the Philosophers: Unpublished Writings on Hayek, Mises, Strauss, and Polanyi.