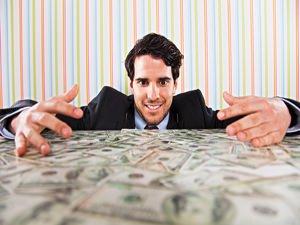 As Bill Maher indicates, the issue of a maximum wage is one that simply will not go away. The comedian and liberal pundit recently expressed support for a maximum wage of $300,000, arguing that wages for the bottom 90 percent of Americans stagnated while worker productivity rose. Greedy executives, in Maher’s scenario, are robbing the worker and seizing more than their fair share.

There are several problems with this claim.

First, wages haven’t stagnated; that claim rests on aggregate numbers and fails to account for several key factors, as explained here by economist Don Boudreaux. So already, one should be skeptical of any conclusion Maher comes to based on his faulty data. But even if it were true, that wouldn’t be a compelling argument for a maximum wage.

As economist Lawrence Reed argues, executives aren’t necessarily overpaid. He admits that some are; those with strong political connections or whose boards are lazy rubber stamps. But, he points out, “there are others whose contributions are worth more than they are paid; they may be underappreciated by their boards.”1  Like other underappreciated employees, they may eventually leave for greener pastures.

CEO turnover has reached its highest peak since 2009, which indicates two things. First, CEOs who do not fully grasp the rapid technological change their companies are living through are being let go. Being a CEO is not a secure job; you earn your keep or you find yourself on the street. Second, CEOs who do have a solid understanding of the challenges and opportunities of the evolving economy are in high demand; many may leave their current job for a better offer with a new company.

If this sounds like the labor market for a lot of other workers, that’s because they’re very similar. The labor market for the top 1 percent is not fundamentally different from the labor market for other workers. Some employees, who are underqualified or who golf with the boss’s son or who simply perform less well than their hirer expected they would, may be overpaid. Others, who work harder than their coworkers and provide more value, are underpaid.2  “The market is an ongoing discovery process,” Mr. Reed points out. “Information being imperfect, adjustments and movements take time.” That’s as true for highly paid employees as lower paid ones.

Imposing a maximum wage targeted at CEOs would be a little like imposing a government-set wage for engineers; both ignore the adjustments of the market. Improvements in wages to better match high-performing employee value would essentially be outlawed.

Second, Maher ignores the disincentives to work caused by a low maximum wage. His response to those who say that the wealthy really do work harder than average is a derisive, “Okay, now we do need to come after you with pitchforks.” He asks, “Is talking on the phone in a comfortable office really more degrading than working in a slaughterhouse, or a sweatshop, or on a reality TV show?” Questions like that make good sound bites, but they ignore the reality of running a business.

Running a successful business is difficult for executives of businesses of all sizes, and for small business executives, failure can be personally devastating. In such cases, high salaries are an appropriate compensation for taking such risks. Small business owners risk their livelihoods creating their business, working long hours to do so. Cami Zimmer, CEO and sole employee of CampaignTouch, for instance, works some weeks “from sun up until late into the night.” Her workweek is rarely less than 50 hours, as she juggles strategy and planning, accounting, marketing (both herself and her clients), and navigating a legal maze of regulations.

In general, running a business (or any organization) is significantly harder than being an employee and involves longer hours and higher risk. To illustrate this, consider two scenarios. (1) You can work long hours to start a small law firm, lose your mortgage and your credit if you fail, and earn $600,000/yr if you succeed. (2) You can work as an employee at another law firm, work fewer hours, and have an almost-guaranteed salary of $200,000/yr (admittedly on the high end). Option one brings a higher salary (in case of success), but it also brings with it much higher risk.

Finally, if we adopt a maximum wage, who will set it? Perhaps Congress would regulate this area of the economy as it regulates so many others. But Mr. Reed argues that this is absurd. “What possible incentives,” he asks, “what possible body of necessary knowledge, do they (government bureaucrats) have to make the right decisions on the compensation of people in the private sector?” Congressmen, many of whom are career politicians, have their own (rather high) salaries set by law. They draw their salaries, year after year, regardless of performance and with no oversight. For some, it has been decades since they drew a salary determined by their performance in a market.

Bill Maher derived his $300,000/yr figure from President Franklin Roosevelt, who proposed an income cap during World War II of that many dollars (adjusted for inflation). But who is to say that Roosevelt got that number right? Why should we pick an arbitrary number proposed 70 years ago and set it as the maximum wage? Mr. Roosevelt was woefully ignorant of economics, and often flippant about the subject (asked why he wanted a wage cap, he responded, “why not?” From where, then, does he derive the expertise to set a maximum wage?

Even if Congress somehow developed the economic expertise to set a wise minimum wage, they have little incentive to. They have an incentive to win votes, which means passing the best-sounding plans, not the most efficient. As Mr. Reed recognizes, “They can demagogue this issue (which they do in abundance, often for personal gain) but they cannot reasonably resolve it.”

Bill Maher, and the perennial advocates of the maximum wage, propose an idealized solution. In their ideal, executive pay is universally too high and universally unearned, incentives are not connected to performance, and government agents can make wise and proper — and consequence-free — adjustments to the economy. This ideal makes a pleasant fantasy, but should not be confused with reality.