Keep Your Eye on the Assumptions 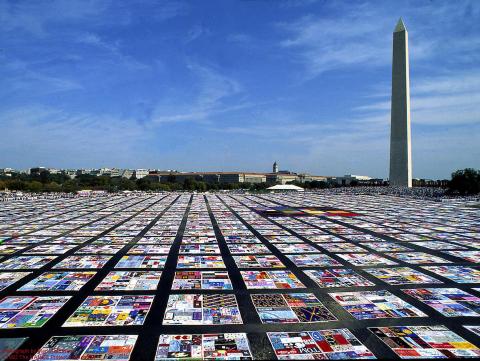 I love to read economist Steven Landsburg, even though I almost always disagree with him. In the present article, I’ll focus on a chapter from Landsburg’s forthcoming book entitled “More Sex Is Safer Sex,” which could pass as a parody of economic analysis worthy of Swift.

As I will explain more carefully in a moment, Landsburg argues that the way to slow the spread of AIDS is to encourage certain individuals to have more sex! To this end, naturally, the government must get involved with complicated subsidy schemes (which must be read to be believed).

As with most other neoclassical conclusions that defy common sense, this is just another case of faulty reasoning from a clever mainstream economist. Were we to actually follow Landsburg’s advice, I would predict an increase in AIDS cases. To see why, we must first review his unusual argument.

The conventional wisdom holds that the way to slow or stop the spread of AIDS is to convince people to have fewer sexual encounters. However, Landsburg argues that this overlooks one important fact: If people with very moderate sexual behavior—“sexual conservatives”—engage in slightly more one-night stands, then this will actually reduce the probability that any other random individual will catch HIV, because the dating pool on any given night now has a greater number of people with a low chance of carrying HIV. It’s true, the sexual conservatives will not be as safe once they increase their own level of hanky-panky, but their greater numbers in the dating pool could still on net reduce the danger of a given sexual encounter. To see this, consider Landsburg’s “quick example”:

But now the bad news. No matter how much we implore them, the sexual conservatives will neglect this benefit to others and instead focus selfishly on the costs to themselves of having more partners. (In economic jargon, the increased promiscuity of sexual conservatives confers a positive externality on everyone else in the dating pool.) Therefore, to enhance social welfare, the government must subsidize sex for this group, but it must do so in a way that does not encourage sexual encounters among the already promiscuous. Landsburg’s considerations culminate in the following conclusion:

Our goal, then, should be to drive the price of condoms below zero, by rewarding people who use them. In other words, we should pay a bounty for used condoms. The best of all possible bounties would be one that is more valuable to abstemious [people] than to promiscuous [ones]. With that in mind, the journalist Oliver Morton has made the marvelous suggestion that if at least some abstemiousness is due to shyness and the inability to find partners (while the promiscuous have relatively [little] trouble in this regard), then the answer might be to establish a government-funded dating service: Bring us a used condom and we’ll get you a date.

To defuse the reader’s immediate skepticism, let me say that Landburg’s analysis isn’t as crazy as it initially sounds; it’s surprisingly difficult to pinpoint precisely where he goes astray. (Indeed, that’s probably why he wrote the chapter.) Nonetheless, I ultimately agree with the knee-jerk reaction of the typical prude: Landsburg’s arguments are dead wrong, and will only encourage the spread of AIDS. As with other counterintuitive neoclassical arguments, Landsburg goes wrong by (1) making simplified assumptions about people’s preferences, (2) restricting the options under consideration, and (3) thinking in static (rather than dynamic) terms. Let’s look at each of these in turn.

Regarding people’s preferences, Landsburg assumes that they decide whether or not to have sex on the basis of a cost-benefit consideration, and further assumes that the only relevant costs (to the decision maker) are the probability of contracting HIV. This is why Landsburg is shocked when readers complain that his essay will only encourage promiscuity. In response to such Victorians, Landsburg writes: “There is nothing—not one word—in [this] chapter . . . that could provoke any reader to increased sexual-risk-taking behavior. Indeed, the whole point is that . . . the relatively chaste have too little sex because it is not in their interest to behave otherwise.”

Oh really? Does Landsburg really mean to deny that tonight (and, I admit, possibly as a consequence of my own discussion of it) there aren’t at least a few geeky young men trying to “psyche themselves up” before hitting the bars by reviewing Landsburg’s case? The type of male Landsburg is trying to encourage—i.e. the one who has few sexual encounters normally and hence almost certainly does not have HIV—is just the sort of “Mr. Nice Guy” who would relish the chance to save the poor damsel from the heartbreaking STD warehouse nicknamed Snake.

If Landsburg were right in his assumption that no one’s sexual behavior could be altered by the belief (whether or not it is true) that his increased sexual activity might literally save girls’ lives, then that would imply that no one ever refrains from sex once learning that he is HIV+. It also would imply that there aren’t people who contact their previous partners and tell them they’ve tested positive. After all, such behavior would only occur if (at least some) people placed the lives of others above their own convenience and sexual pleasure, and Landsburg’s analysis assumes that no such people exist. (To repeat, Landsburg must be assuming that if he wants to coyly deny that his essay will encourage readers to have more sex.)

Before leaving the topic of particular assumptions about preferences, let me mention an inconsistency: Landsburg denies that people would alter their behavior even after learning that they could thereby save lives. But Landsburg seems perfectly capable of such altruism. So far as I know, he is in a monogamous relationship, and hence is at no risk for STDs. So why is he (and other neoclassical economists, for that matter) spending so much effort trying to prevent the spread of AIDS? In order for his ideas to affect public policy, dozens of others will have to take the time and effort to pass them on and debate them. So why can’t we expect these people to also have the “altruism” to sleep with uninfected women, too? We must use every tool at our disposal to fight AIDS!

Let’s move on to my next objection, which is that Landsburg only considers two alternatives: The status quo on the one hand, versus a moderate increase in sexual activity among sexual conservatives on the other. Because he believes (plausibly) that the latter state of the world would reduce the spread of AIDS, Landsburg concludes that the government should subsidize condoms.

But why are these the only choices? Even on his own terms, wouldn’t Landsburg agree that it would be even better still if the sexually conservative took home women from the bar (thereby saving them from HIV+ men) and didn’t sleep with them? Indeed, rather than paying people for used condoms, Landsburg should advocate cash bounties for couples who reach their monthly and yearly anniversaries of “going steady.” Or better still, let’s take all the HIV+ men and pay them to get a particular tattoo (in a sensitive area, perhaps, to prevent discrimination by employers and others) notifying potential partners of their status. There are a million different ways one could use unlimited government money in the narrow goal1 of combating the spread of AIDS, especially if we (like Landsburg) largely ignore the secondary effects of our policies.

This leads into my third and final objection, which is that Landsburg’s analysis is one of “comparative statics” (to use economics jargon). For example, in order to demonstrate the theoretical possibility that increased sexual activity among previously chaste people could lower the threat of AIDS, Landsburg conducts a thought experiment. Initially, suppose that every woman (except a handful of prostitutes) in society is monogamous, while every man requires two female partners per year. In such a world, HIV will quickly infect everyone, because the handful of prostitutes will immediately catch it and pass it on to every man, who in turn will pass it on to his faithful partner.

Now instead imagine a society in which every man still requires two partners, but every woman does as well. In this case, we would expect the prevalence of AIDS to diminish (with reasonable assumptions regarding the transmission of the disease, life of the host, etc.). Therefore, this is one case where Landsburg thinks he has shown that if only we could chip away at the traditional taboos of the originally monogamous wives, we could save lives.

But is this analysis at all plausible? In a world where husbands originally “demand” (Landsburg’s verb) two female partners per year, are these men going to maintain their behavior when their previously faithful wives take on another lover? Or is it far more likely that in such a world, the cultural attitudes toward relationships would undergo an incredible upheaval, such that the men now “demand” many more female partners per year? To put it simply, does Landsburg seriously think that his proposals would ever cause “the market for prostitution [to] die out” (as it does in his thought experiment)?

As I said earlier, I would caution the reader not to dismiss Landsburg’s analysis as patently absurd: He really has thought it through carefully, and he’s basically correct, given his assumptions. The problem (as always with such neoclassical diagnoses of social ills) is that his assumptions are false, and thus his policy proposals could quite possibly have the exact opposite effect from what he intends. Indeed, in the real world teen pregnancies have increased hand-in-hand with sex education and free condom distribution in the schools.

Economics done properly is an a priori true analysis of human action. As such, it applies to choices regarding sex just as much as choices in the supermarket. However, to maintain such apodictic certainty, the analysis must be fairly abstract; we can say, for example, that a man will choose to have sex when he thinks the benefits outweigh the costs. But once we begin speculating about the specific formof these subjective benefits and costs, we leave the realm of deductive logic and are on much shakier ground.

In light of the “economic imperialism” of Steve Landsburg, Gary Becker, and others, it is quite understandable how psychologists and sociologists, as well as the average person, think economists have a simplistic (and cynical) view of man. Landsburg’s arguments on reducing the spread of AIDS are an excellent case in point.